The National Republican Senatorial Committee (NRSC) issued a blistering statement against Republican Georgia Rep. Doug Collins are he officially filed to run for the state’s special Senate election on Monday.

Collins — who has represented Georgia’s 9th Congressional District since 2013 — made it publicly known late last year that he would be running in the state’s special Senate election.

That decision, however, has sparked deep ire from the NRSC, which works to help elect GOP Senate candidates and maintains a policy of defending incumbents — in this case, Republican Georgia Sen. Kelly Loeffler.

“Since announcing his Senate candidacy, DC Doug Collins’ own polling shows that his campaign has been in a free fall,” NRSC spokesman Nathan Brand said in a statement Monday. 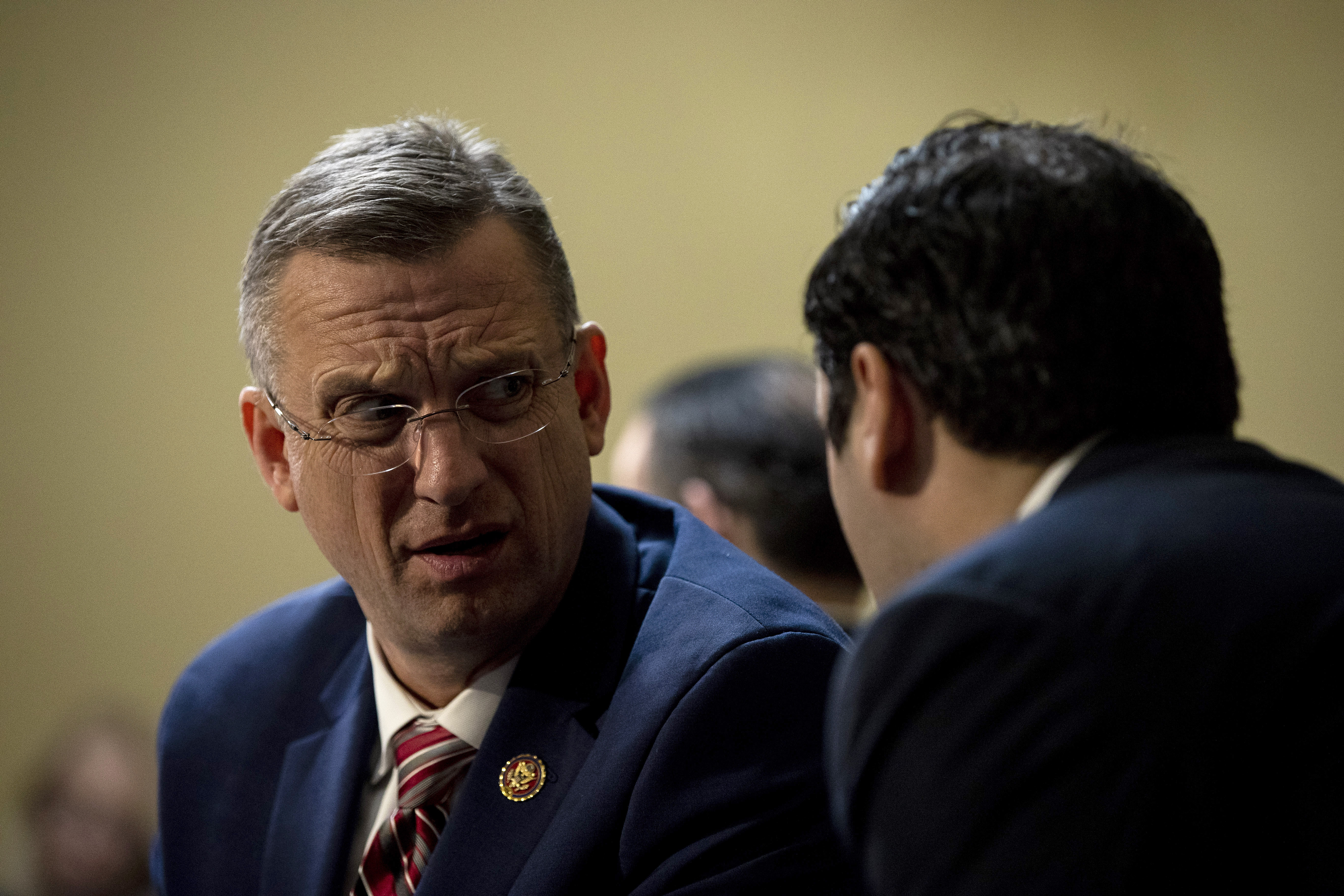 “Collins is on a self-serving, spite-fueled, political kamikaze mission that threatens to take down President Trump, the Republican majority in the United States Senate, two Senate seats and multiple House seats,” Brand added.

“Over the next eight months, Georgians will get to know the real Doug Collins, whose past actions tell a much different story than his recent words.”

The scathing NRSC statement comes after Collins on Monday filed to officially enter the special Senate election in Georgia, which means Republicans in the state will likely face bitter infighting instead of coalescing around the incumbent.

The seat was vacated after GOP Sen. Jonny Isakson stepped down last year for health reasons. Gov. Brian Kemp appointed Loeffler to the seat, and she began serving at the beginning of this year. A special election will be held this November to let voters decide who will fill out the remainder of the term.

The election will be conducted as a jungle primary, meaning candidates from both parties will all face against each other on the same ballot, and if no individual surpasses the 50% mark, the top two candidates will enter a runoff.

Senate Republicans had initially hoped Loeffler would not be challenged by members by her own party, making it more likely that she could avoid a runoff altogether. (RELATED: Senate Republicans Raise Historic Number In Fundraising For January)

Collins — became a household name as a fierce defender of the Trump administration during the impeachment hearings — is positioning himself to the right of Loeffler.

However, a strong coalition of GOP-oriented groups have placed themselves in Loeffler’s corner, including Senate Majority Leader Mitch McConell’s Senate Leadership Fund, the conservative Club for Growth, and the pro-life Susan B. Anthony group.

Georgia GOP Sen. David Perdue is also up for re-election in November, meaning that the state will be holding two separate Senate elections this year.

With the Senate majority in play and national Democrats feeling more bullish on the state, Georgia could prove pivotal in the fight to control the upper chamber of Congress.