The United States Supreme Court will hear an abortion case for the first time in Justice Brett Kavanaugh’s tenure as a Louisiana abortion business challenges a state law that defendants say protects women.

Pro-abortion opponents say that the law, the Unsafe Abortion Protection Act or Act 620, would hinder and potentially eliminate abortion access in Louisiana. About 10,000 abortions were performed in the state in 2017, according to the Guttmacher Institute. (RELATED: Here’s What College Students Had To Say About Third-Trimester Abortions)

Attorneys for the Center for Reproductive Rights, who argue on behalf of June Medical Services, say there are only two abortion providers who have admitting privileges in the state.

“There is no medical justification for requiring abortion providers to have admitting privileges, as abortion is extremely safe,” the Center for Reproductive Rights said in an October 2019 press release. CRR originally filed June Medical Services v. Gee in August 2014.

“Hospitals frequently deny admitting privileges to doctors who provide abortions for reasons ranging from ideological opposition to the fact that too few of their patients will ever need hospital care,” the CRR press release adds.

The law has one purpose, Senior Counsel with the Center for Reproductive Rights and one of two lead counsel T.J. Tu told the Daily Caller News Foundation : “to shut down abortion clinics.”

“It would close all of Louisiana’s clinics except one, putting abortion care completely out of reach for many women,” she said.

“Abortion is one of the safest medical procedures in the U.S., with a lower complication rate than colonoscopies or tonsillectomies,” Tu added. “Yet, the state of Louisiana does not require the doctors performing those procedures to have admitting privileges.”

One million women of reproductive age currently reside in Louisiana. Countless more from surrounding states must travel to Louisiana to obtain abortion care. This week, we head to the Supreme Court to fight for their right to abortion. #MyRightMyDecision https://t.co/zRElPlxOvv

Louisiana Attorney General Jeff Landry maintains that the law does not force clinic closures, citing the Fifth Circuit Court of Appeals finding that “there is no evidence that any of the clinics will close as a result of the Act.” Louisiana abortion providers will be able to obtain admitting privileges if they are providing competent care, Landry said in a February press release

“Louisiana abortionists have gone to extraordinary lengths to block Act 620 – a bipartisan law that promotes the well-being of women and protects minor girls who may find themselves in the hands of incompetent providers and under unsafe conditions,” the AG’s office said in a statement.

Americans United for Life President and CEO Catherine Glenn Foster notes that particularly in Louisiana, “abortion facilities and abortion practitioners have a long history of professional disciplinary actions and substandard medical care” as well as “a record of ‘generally unsafe conditions and protection of rapists.'”

“It is impossible for abortion facilities and practitioners to share or represent the interests of these patients and assert third-party standing when they strive to eliminate the very regulations designed to protect their patients’ health and safety,” she wrote in a February SCOTUSblog post.

“The Supreme Court’s decision to take up this case gives them the opportunity to address the inherent conflict between abortion businesses and women,” Foster explained. 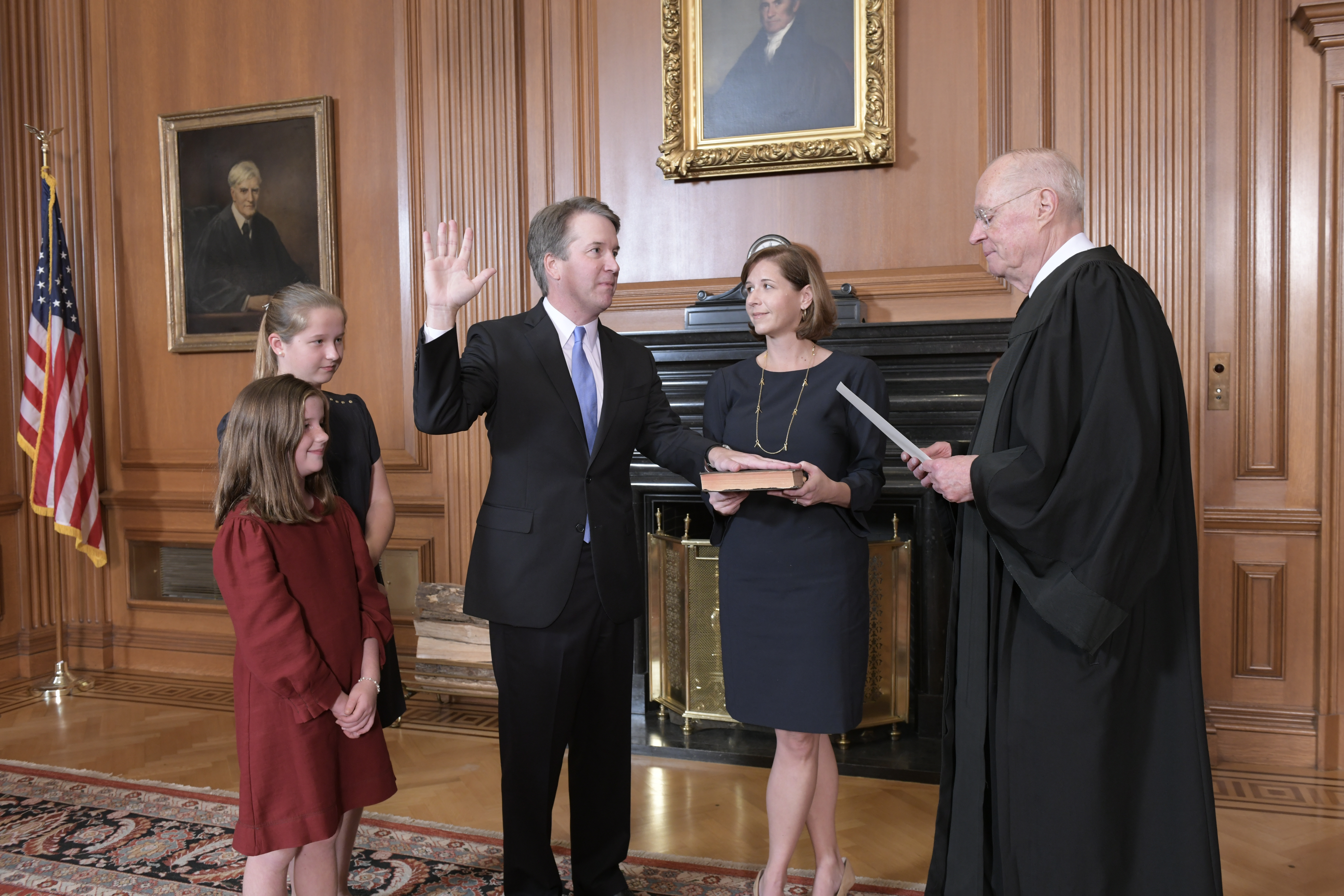 He was accused of sexual assault by Christine Blasey Ford, whose lawyer Debra Katz said Ford’s accusations were motivated by putting “an asterisk next to” Kavanaugh’s name before “he takes a scalpel” to Roe v. Wade.

“In the aftermath of these hearings, I believe that Christine’s testimony brought about more good than the harm misogynist Republicans caused by allowing Kavanaugh on the court,” Katz says in a video exclusively obtained by the DCNF in September 2019.

Foster notes that this will be both Kavanaugh’s and other new Supreme Court members’ first chance to “meaningfully rule on abortion.”

“We are confident that their decision will be consistent with the U.S. Constitution and will affirm life,” she told the DCNF.