People inside Apple raised concerns about the company’s dependency on China well before the coronavirus outbreak, but higher-ups pushed back against such warnings, saying a clean break from Beijing is impossible.

Operation executives argued in 2015 that the company should switch some forms of production to Vietnam, The Walls Street Journal noted in a report Tuesday. Such a move would allow Apple to create a new hub outside China — but senior executives say the task would be too arduous.

And now, five years later, Apple is warning investors that the coronavirus outbreak in China will prevent the company from hitting its sales estimate. The tech giant’s market value has plummeted, dipping nearly $100 billion since reports began fleshing out the impact the virus is having on China’s populace.

“No executive will admit in a public forum: We should have thought about” the ramifications of failing to diversify production, Burak Kazaz, a Syracuse University supply chain professor, told TheWSJ, noting how dismissing the problem has now come back to bite executives. “But from this point on, there are no excuses.”

There were early warning signs. CEO Tim Cook blamed slow iPhone sales during the 2019 Christmas season on China’s recent economic downturn. Most of the unforeseen drop in sales revenue is a result of economic deceleration in “Greater China,” he said in a Jan. 2, 2019 earnings call. Cook is the architect of Apple’s tight connection to Beijing.

He recently dismissed suggestions that coronavirus will require his company to shift focus and move supply chains to Vietnam and elsewhere. “My perspective sitting here today is that if there are changes, you’re talking about adjusting some knobs, not some sort of wholesale fundamental change,” he said in a Feb. 27 Fox Business interview. 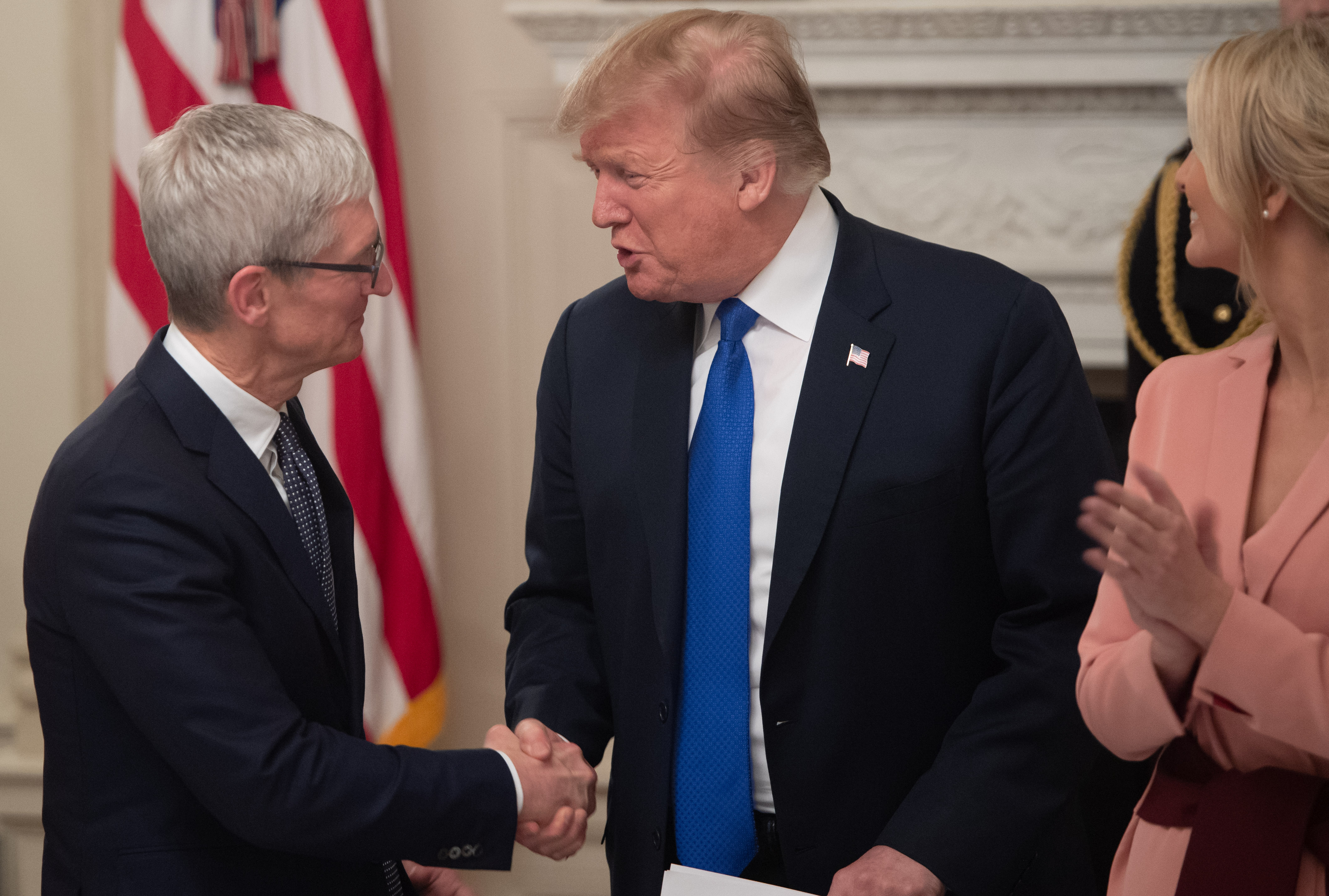 Apple gets roughly 20% of its revenue from China’s customer base.

“While we anticipated some challenges in key emerging markets, we did not foresee the magnitude of the economic deceleration, particularly in Greater China,” Cook noted during the call.

“In fact, most of our revenue shortfall to our guidance, and over 100 percent of our year-over-year worldwide revenue decline, occurred in Greater China across iPhone, Mac and iPad.”

Still, Apple relies on more than three million workers in China to produce everything from the iPhone to iPad, the company’s biggest staples. Taiwan’s Foxconn Technology is the company’s largest manufacturer, which hires scores of Chinese citizens to insert screws and overall construct Apple’s products, TheWSJ noted.

Apple faced a lot of pressure from President Donald Trump in 2017 to build factories inside the United States. The president used tariffs as a potential form of leverage to prod Cook into producing Apple plants.

Trump signaled in a July 2019 tweet that he intended to reject Apple’s applications for the exclusion unless the company commits to making parts in the U.S. Trump tweeted on July 26, 2019: “Apple will not be given Tariff waiver, or relief, for Mac Pro parts that are made in China. Make them in the USA, no Tariffs!”