At least 25 people were killed and at least 45 buildings were demolished when tornadoes tore across Tennessee early Tuesday morning.

The deaths occurred in at least four countries, including Davidson, where Nashville is, and Putnam, Benton and Wilson, according to NBC News. 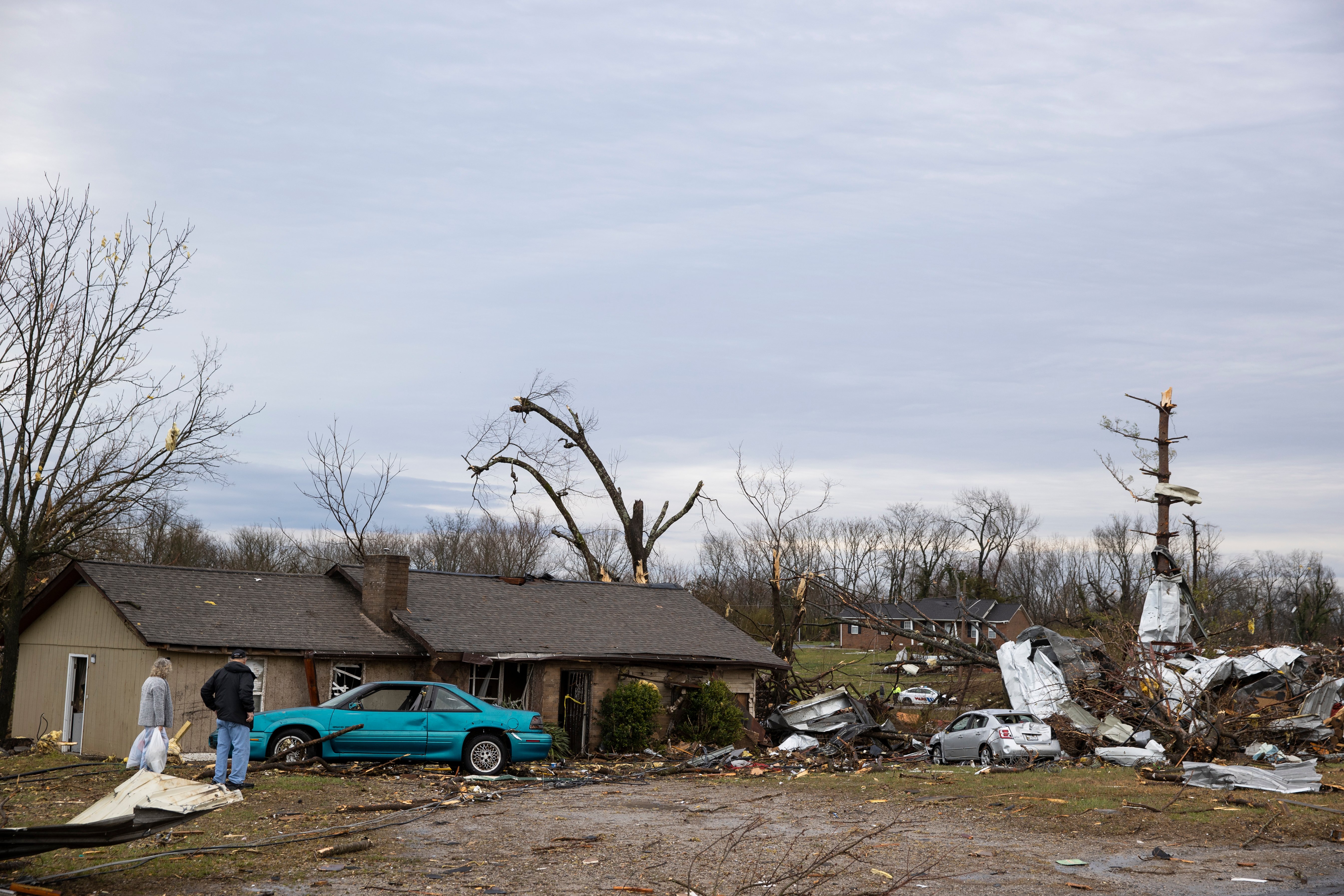 Lavern and Judy Hix survey their home, damaged by high winds from one of several tornadoes that tore through the state overnight on March 3, 2020 in Cookeville, Tennessee. (Photo by Brett Carlsen/Getty Images)

“We have had loss of life all across this state,” said Republican Tennessee Gov. Bill Lee, who declared a state of emergency, NBC News reported. “There are folks missing.” 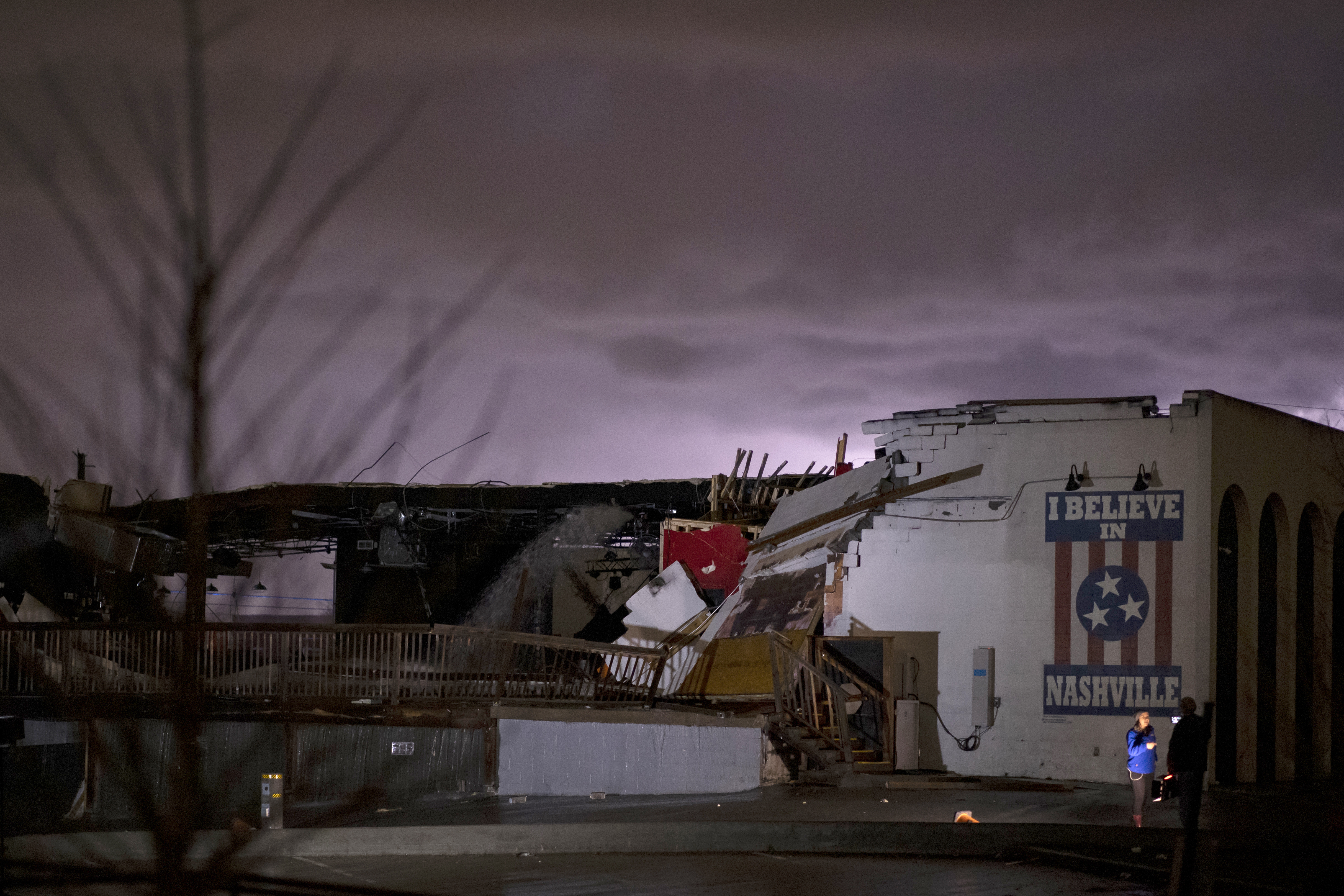 Dozens of homes and buildings were damaged and dozens more collapsed the day that Tennesseans are preparing to vote in Super Tuesday primaries. At least 45 buildings collapsed in Nashville, most of those in the downtown and east precincts. State officials are scrambling to ensure residents can still make it to the polls despite the sudden disaster, according to NBC News. (RELATED: CBS Affiliate Reporter’s Harrowing On-The-Ground Tornado Video Looks Like A Scene From The Movie ‘Twister’)

This tornado is the deadliest in the U.S. since 23 people died when one hit Alabama exactly one year ago today, NBC News reported. 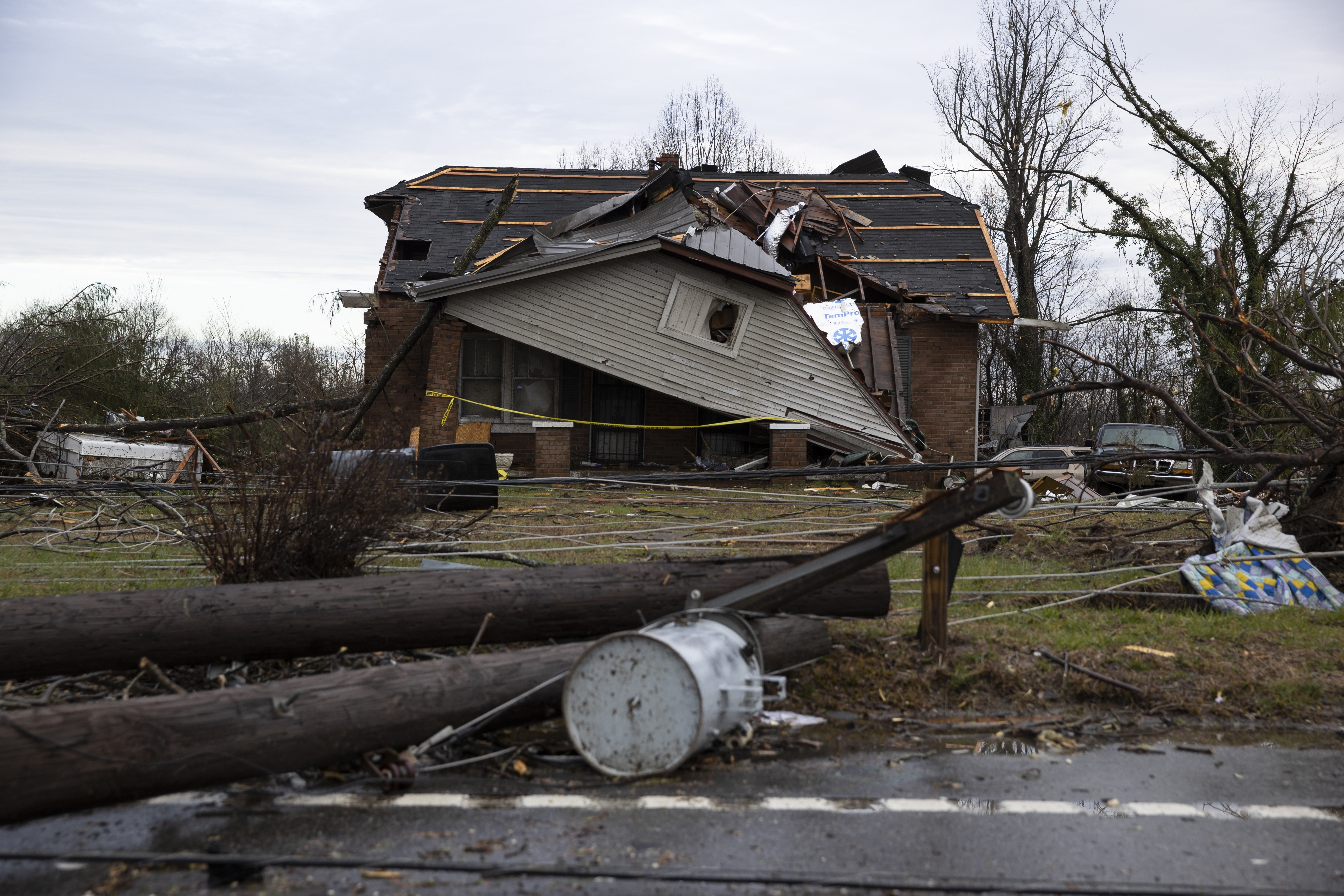 A home is shown destroyed by high winds from one of several tornadoes that tore through the state overnight on March 3, 2020 in Cookeville, Tennessee. (Photo by Brett Carlsen/Getty Images)

President Donald Trump is planning to visit Nashville on Friday following the deadly tornadoes, offering prayers Tuesday to those affected.

Prayers for all of those affected by the devastating tornadoes in Tennessee. We will continue to monitor the developments. The Federal Government is with you all of the way during this difficult time. https://t.co/eZlA7Ahruj

“We’re working with the leaders in Tennessee including their great Governor Bill Lee to make sure everything is done properly,” Trump said Tuesday at the National Association of Counties Legislative Conference. “Our hearts are full of sorrow for the lives that were lost.”