Secretary of Housing and Urban Development Ben Carson chided elected officials Wednesday he viewed as politicizing the effort to stop the spread of the coronavirus outbreak.

“I was involved throughout my neurosurgical career in a lot of very, very complex cases and dealt with a lot of renowned physicians,” he continued. “But I must say that the people on this task force are extremely impressive, have been considering all of the various different possibilities, outlining scenarios for all the possibilities that can occur.” 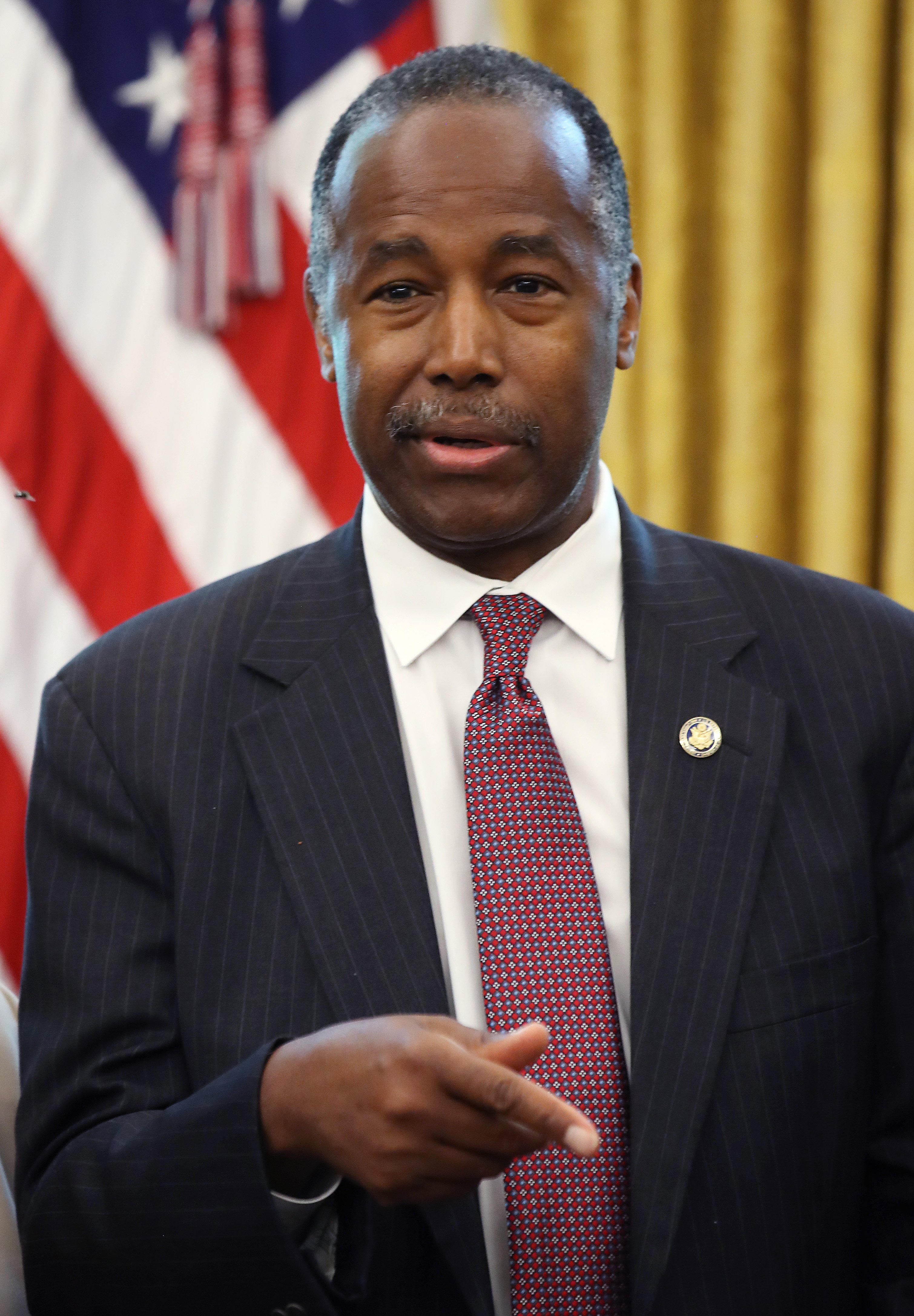 WASHINGTON, DC – JUNE 25: Housing and Urban Development Secretary Ben Carson speaks after U.S. President Donald Trump signed an executive order establishing a White House Council on eliminating regulatory barriers to affordable housing, in the Oval Office at the White House on June 25, 2019 in Washington, DC. The council, which will be made up of members of eight federal agencies, will reportedly be tasked with easing local barriers to the private sector of creating housing, according to published reports. (Photo by Mark Wilson/Getty Images)

Carson closed by noting that the pharmaceutical companies, “who normally are rivals,” have been working “together voluntarily” along with members of the coronavirus task force to develop therapeutic medications and other remedies to stop the spread of the virus.

“Wouldn’t that be a great lesson for the politicians,” he concluded.

Just hours before the press briefing, the United States House passed a bill that granted the coronavirus effort roughly $8 billion in funding by a near unanimous vote. Arizona Rep. Andy Biggs and Colorado Rep. Ken Buck, both Republicans, were the only two congressmen to vote against the bill, claiming the original $2.5 billion requested by the White House was a more appropriate budget figure. (RELATED: These 2 House Members Voted Against Funding To Fight The Coronavirus)

Earlier this week, Trump told reporters that he would honor whatever size funding request Congress approves, joking that this was the first time Congress had demanded pouring more funds into one of his budgetary requests.