A Pentagon linguist was charged Wednesday with espionage and accused of providing highly classified information, including the names and photos of confidential U.S. intelligence sources, to a Lebanese national with links to the terrorist group Hezbollah.

Prosecutors allege that Mariam Taha Thompson, 61, accessed 57 classified files related to eight separate intelligence sources, and provided some of the information to the Hezbollah-linked operative.

“By compromising the identities of these human assets, Thompson placed the lives of the human assets and U.S. military personnel in grave danger,” the Justice Department said in a press release announcing Thompson’s arrest.

According to an affidavit signed by FBI special agent Danielle Ray, Thompson had been stationed at a U.S. military facility in Erbil, Iraq since mid-December 2019.

On Dec. 30, 2019, a day after U.S. forces conducted strikes against Iran-backed groups in Iraq, Thompson began searching for classified information on Defense Department computer systems that she “did not have a legitimate need” to access. (RELATED: Hezbollah Feeling The Squeeze From Trump’s Sanctions)

The affidavit alleges that Thompson accessed files on the eight intelligence sources from Dec. 30, 2019 through Feb. 10, 2020. 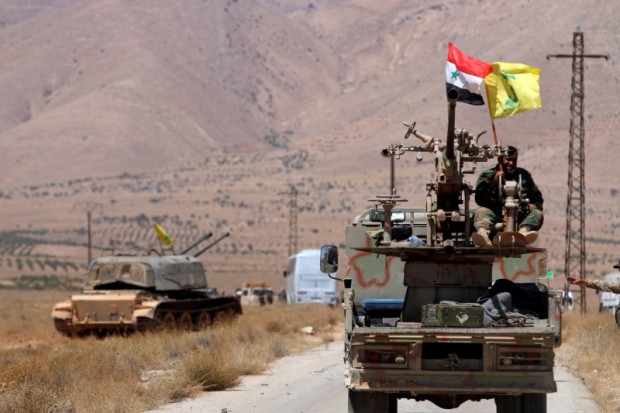 FBI agents searched Thompson’s residence in Erbil on Feb. 19, 2020, and discovered documents in Arabic under her mattress. The documents listed the names of three U.S. intelligence assets, and included a warning that a target of the U.S. intelligence sources should be warned. The target is affiliated with Hezbollah, according to the affidavit.

The affidavit says that Thompson admitted to providing the information to the Lebanese national, and that she had a romantic interest in him. Thompson said that the man has a nephew working for Lebanon’s ministry of the interior.

“While in a war zone, the defendant allegedly gave sensitive national defense information, including the names of individuals helping the United States, to a Lebanese national located overseas,” John C. Demers, the assistant attorney general for national security, said in a statement.

“If true, this conduct is a disgrace, especially for someone serving as a contractor with the United States military. This betrayal of country and colleagues will be punished.”

Timothy J. Shea, the U.S. attorney in Washington, D.C., said that Thompson’s alleged conduct posed “a grave threat to national security, placed lives at risk, and represents a betrayal to our armed forces.”

Thompson is charged with Delivering Defense Information to Aid a Foreign Government, a charge that carries a maximum sentence of life in prison.

She will make her first court appearance on Wednesday afternoon.