Former President Bill Clinton reportedly said that his sexual affair with Monica Lewinsky helped him handle his “anxieties” in a new documentary.

Clinton said that his affair was something he did to “manage my anxieties” and that it helped him take his “mind off” the responsibility of being president, according to the Daily Mail.

Bill made the comments for a documentary on Hillary Clinton set to premiere on Hulu this month.

The former president also talked about how he revealed the truth about Lewinsky to then-First Lady Hillary Clinton.

“I went and sat on the bed and talked to her. I told her exactly what happened, when it happened. I said ‘I feel terrible about it.'”

Hillary also gave her side of the story, saying, “I was just devastated. I could not believe it. I was so personally just hurt and I can’t believe this, I can’t believe you lied.” (RELATED: Hillary: ‘I Admire Eleanor Roosevelt’ For How She Handled FDR’s Affair) 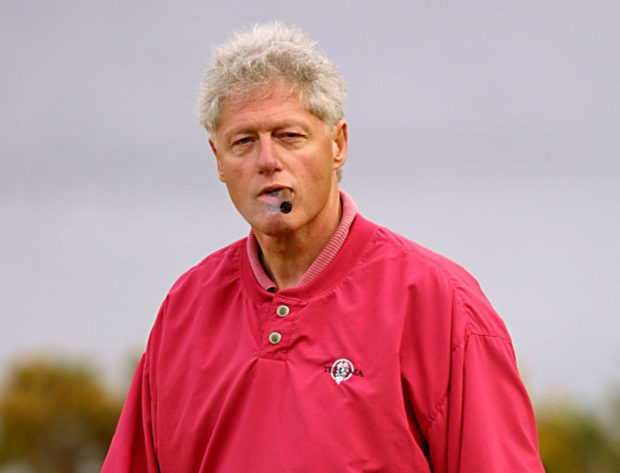 Former US President Bill Clinton smoking a cigar whilst at Loch Lomond Golf Club, Scotland, home to The Scottish Open and a potential venue for the Ryder Cup 2009. Andrew Redington/ALLSPORT

Bill Clinton’s tryst with Lewinsky stained the Clinton presidency and contributed to his impeachment.

Though Clinton’s actions with Lewinsky were consensual, some commentators, including Lewinsky herself, have questioned the media’s coverage of the scandal and Clinton’s treatment of women from the lens of the #MeToo era.