MSNBC’s Joe Scarborough and political consultant Rick Wilson both fell for a fake President Donald Trump tweet Monday where Trump appears to claim that the “sitting president” should be shot from a cannon if the Dow Jones plunged.

The fake tweet claims to have been posted in 2015, before Trump became president. In it, Trump allegedly wrote that “if the Dow Joans (sic) ever falls more than 1000 ‘points’ in a Single Day,” the president at that time “should be ‘loaded’ into a very big cannon and Shot into the sun.”

Scarborough and Wilson retweeted the fake post after the Dow Jones fell around 2,000 points Monday. Trump, however, never actually wrote that tweet. Numerous outlets, including Reuters and Snopes, previously fact-checked the tweet as made-up.

“What if it drops more than 2,000 ‘points’ in a ‘Single day’?” Scarborough added. (Both tweets have not yet been deleted as of the time of this article’s publication.) 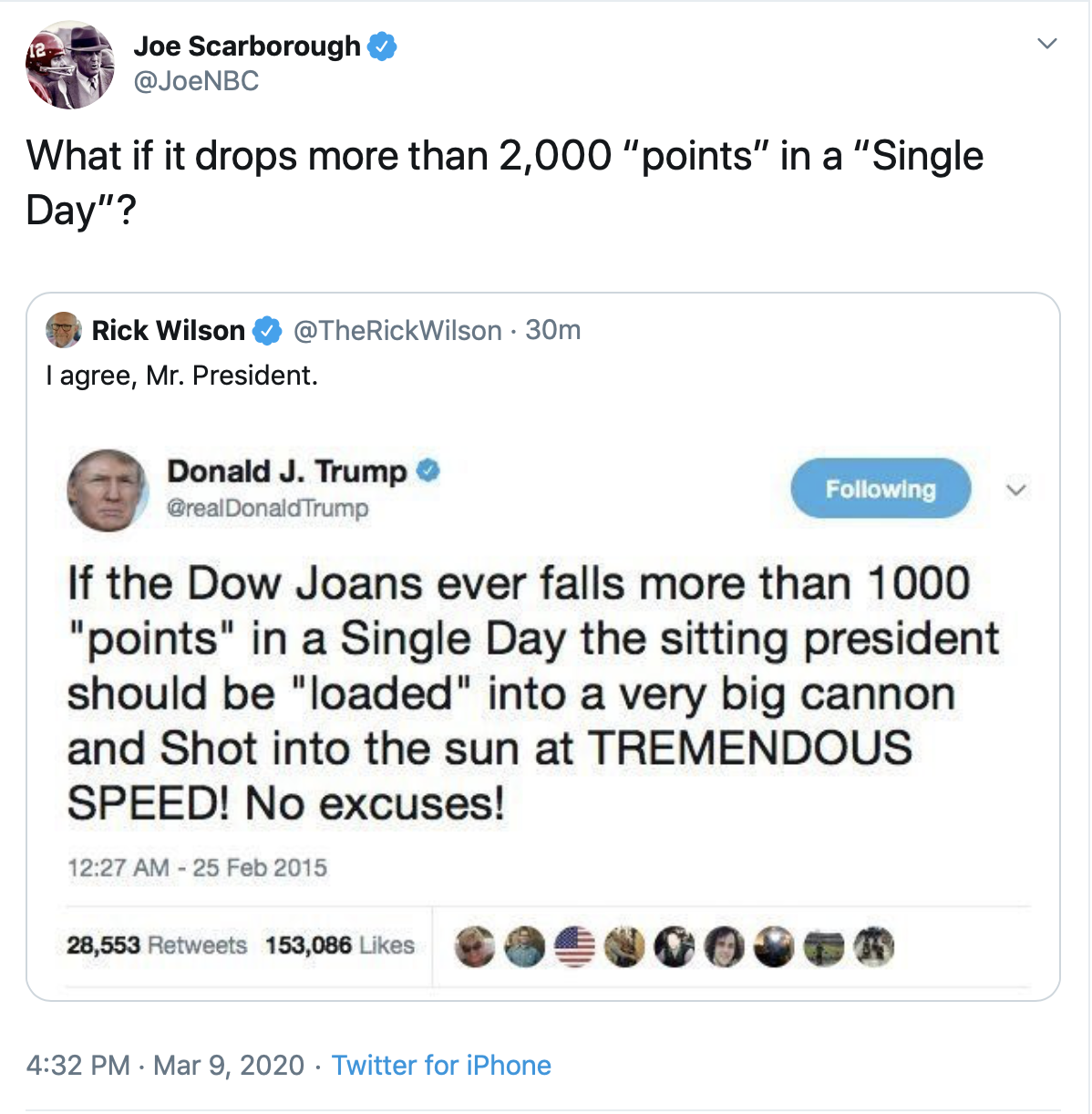 The fake tweet was created by a blogger named Shaun Usher, who admitted to making it after it went viral in 2018, Snopes reported. Despite the tweet being debunked in 2018, Scarborough and Wilson fell for it as the tweet re-circulated social media amid the Dow Jones dropping.

The Dow Jones has spiraled downward as fears of the coronavirus continue to grow. Monday’s decline almost marked the end of an 11-year bull market, NBC News reported.

“Tell you what. My inboxes are getting an absolute hammering at the moment. Wave upon wave of spittle. Don’t create fake tweets!” Usher tweeted in February 2020 regarding the fake Trump tweet.