Customs and Border Protection (CBP) officials working at the California-Mexico border discovered a man who was concealed inside a car seat, demonstrating how far some individuals will go to enter the U.S. illegally.

CBP officers working at the Calexico West port of entry — which manages immigration at the U.S. southern border near Calexico, California — discovered a Mexican national hiding within a compartment inside a vehicle seat on Monday, according to a press release from the agency. The bust came after officials decided to further inspect the vehicle he was transported in.

“The primary focus of our national security mission is to protect the American homeland from all threats,” CBP Director of Field Operations for San Diego Pete Flores said in a statement

“Although we routinely encounter individuals attempting to enter our country illegally, this incident serves as another example of the inhumane tactics human smugglers will utilize in order to circumvent our laws,” Flores continued. 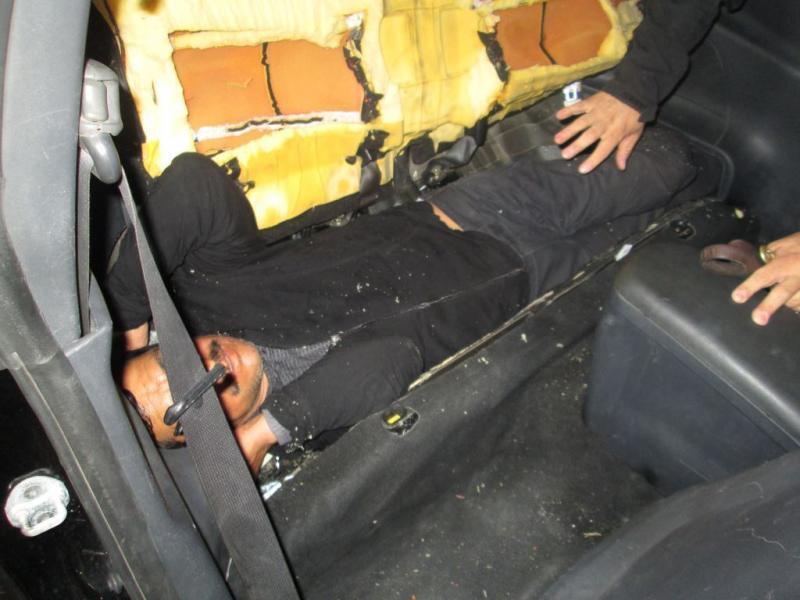 An 18-year-old woman driving a black Mitsubishi arrived at the port of entry at around 1:10 a.m. Monday, according to the agency. The vehicle was referred for a more “in-depth examination” following an initial encounter with border agents.

During a CBP canine inspection, a detector dog alerted agents to the vehicle’s back seat. CBP officers then found a 48-year-old Mexican male national hidden inside. The individual was extracted from the compartment and he was placed into a secure area for additional processing.

The driver of the black Mitsubishi, a U.S. citizen, was taken into CBP custody and later transferred to a local county jail. 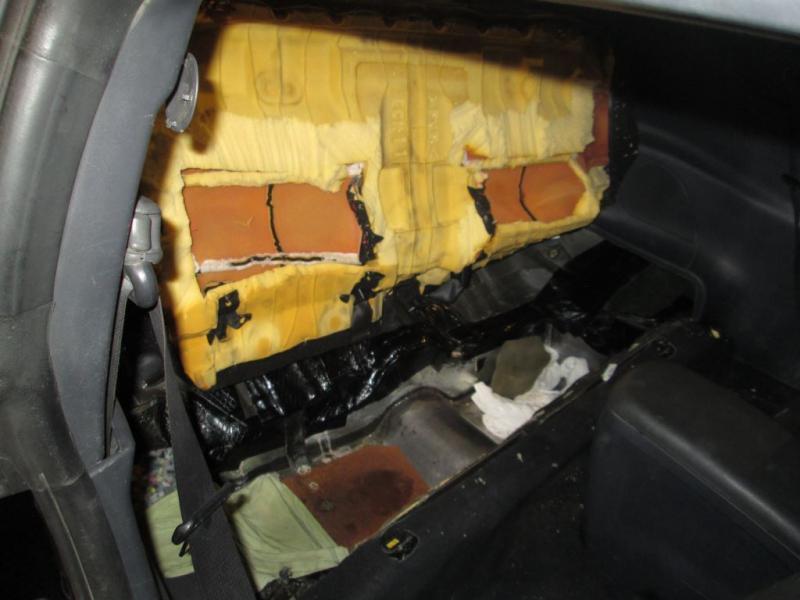 The discovery comes as thousands of migrants continue to appear before CBP officials along the southern border, even as the immigration crisis appears to be waning.

The agency apprehended 30,068 aliens on the U.S.-Mexico border in February, marking the first time in nine months where apprehensions actually increased — albeit very slightly. Agents had apprehended a total of 29,206 aliens in January, the lowest number of arrests since the border crisis peaked in May 2019.

The chief of CBP credited the Trump administration for launching a slate of programs that has brought the immigration crisis to a more manageable level. (RELATED: New Rule Allows Trump Administration To Collect DNA From Migrants)

“We’re expanding these initiatives, and we’re getting more efficient at doing our job,” CBP acting commissioner Mark Morgan said during a press briefing earlier the month. “That has been the game changer, and we’ve been able to do that because the president and this administration have given us the tools and ability to be able to do that.”