Federal authorities arrested hundreds of individuals in connection to a Mexican drug cartel, the result of “phase one” in an ongoing operation to dismantle the organization.

The Department of Justice (DOJ) and the Drug Enforcement Agency (DEA) announced the results of the first phase of “Project Python” in a joint press conference on Wednesday. The operation, launched by the federal government, is aimed at knocking down Cártel de Jalisco Nueva Generación (CJNG), an transnational criminal organization based in Mexico.

A spokesman for the Justice Department repeatedly stressed how dangerous CJNG‘s presence is within the United States.

“CJNG runs major methamphetamine labs in Mexico, and continues to increase its presence along the southwest border,” Assistant Attorney General Brian Benczkowski said during the press conference at DOJ headquarters. 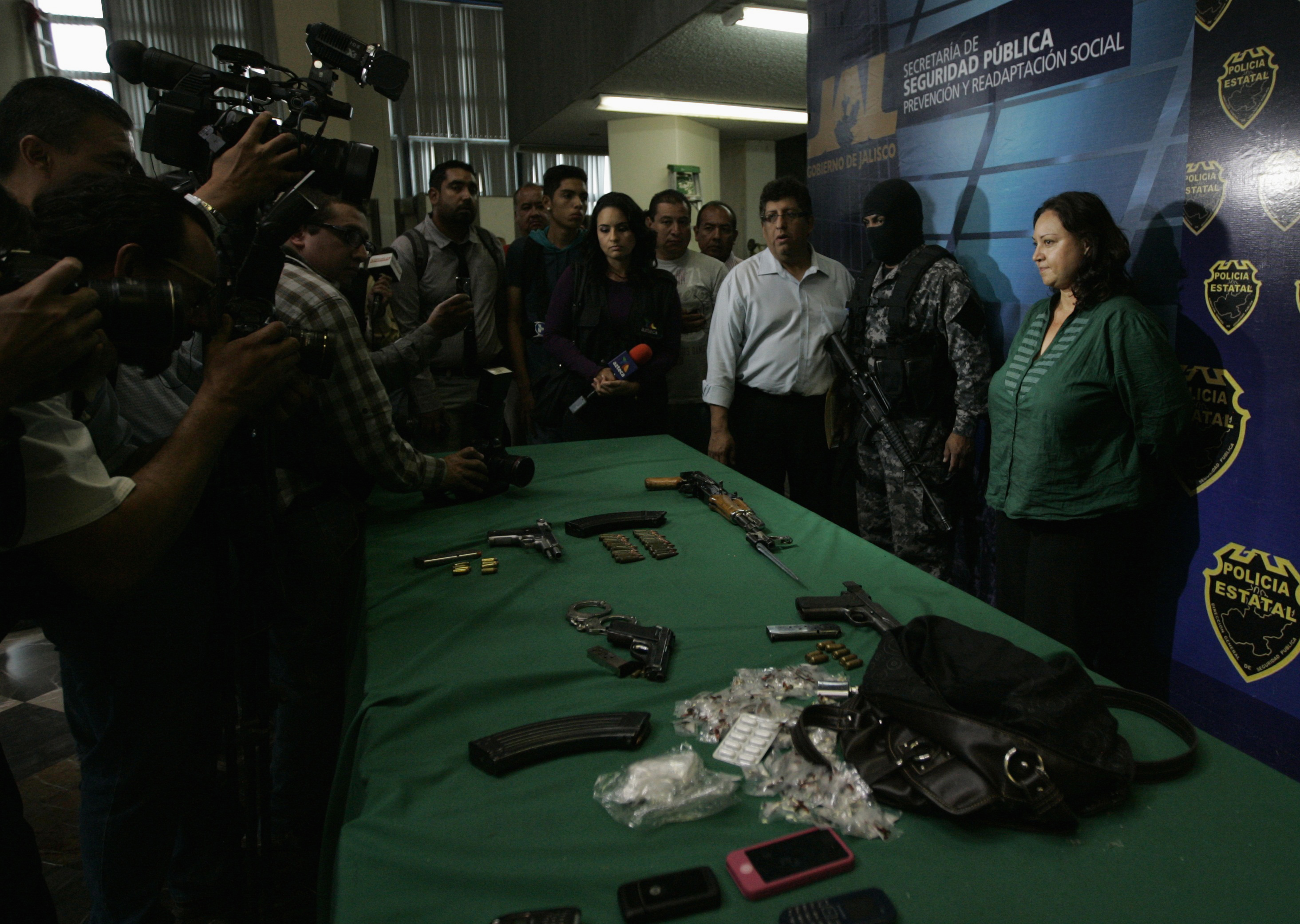 Rosalina Carrillo Ochoa, leader of the Jalisco Nueva Generacion criminal cartel (CJNG) in the state of Jalisco, looks on as she is presented to the media in Guadalajara November 1, 2012. REUTERS/Alejandro Acosta

“And with primary drug distribution hubs in Los Angeles, New York, Chicago, Houston and Atlanta, CJNG is one of the most powerful Mexican cartels operating within the United States,” Benczkowski continued.

Project Python is an initiative spearheaded by the DEA that is targeting members of the CJNG. Federal law enforcement officials have been monitoring their activities for the past six months.

The first phase of the project resulted in 750 arrests and $20 million in seizures, officials noted in Wednesday’s press briefing.

“Project Python marks the most comprehensive action to date in the Department of Justice’s campaign to disrupt, dismantle, and ultimately destroy CJNG,” Benczkowski said.

“When President Trump signed an Executive Order prioritizing the dismantlement of transnational criminal organizations, the Department of Justice answered the call and took direct aim at CJNG. We deemed CJNG one of the highest-priority transnational organized crime threats we face,” he continued. (RELATED: Cop Involved In El Chapo’s Son’s Arrest Was Shot 155 Times In Gruesome Execution)

CJNG — led by Nemesio Ruben Oseguera Cervantes, more popular known as “El Muncho” — pushes cocaine, fentanyl-laced heroine, and other drugs into the U.S. A spokesman at Wednesday’s press conference labeled the group as one of the most prolific cartels in the entire world.

The organization runs more than 100 meth labs in Mexico, and is responsible for at least a third of all the drugs entering the U.S. by land and water, according to CBS News.

The nationwide operation by the DEA and DOJ intends to shutter CJNG’s massive reach within the U.S. and its movement through the country’s borders.

“And with Project Python, we are delivering results in the face of that threat for the American people,” Benczkowski said.