Mnuchin added that an additional measure the Treasury will put on Trump’s desk is delaying the April 15 income tax-filing deadline for individuals and small businesses. (RELATED: What Will Trump’s Coronavirus Stimulus Actually Look Like? Will Democrats Fight It?) 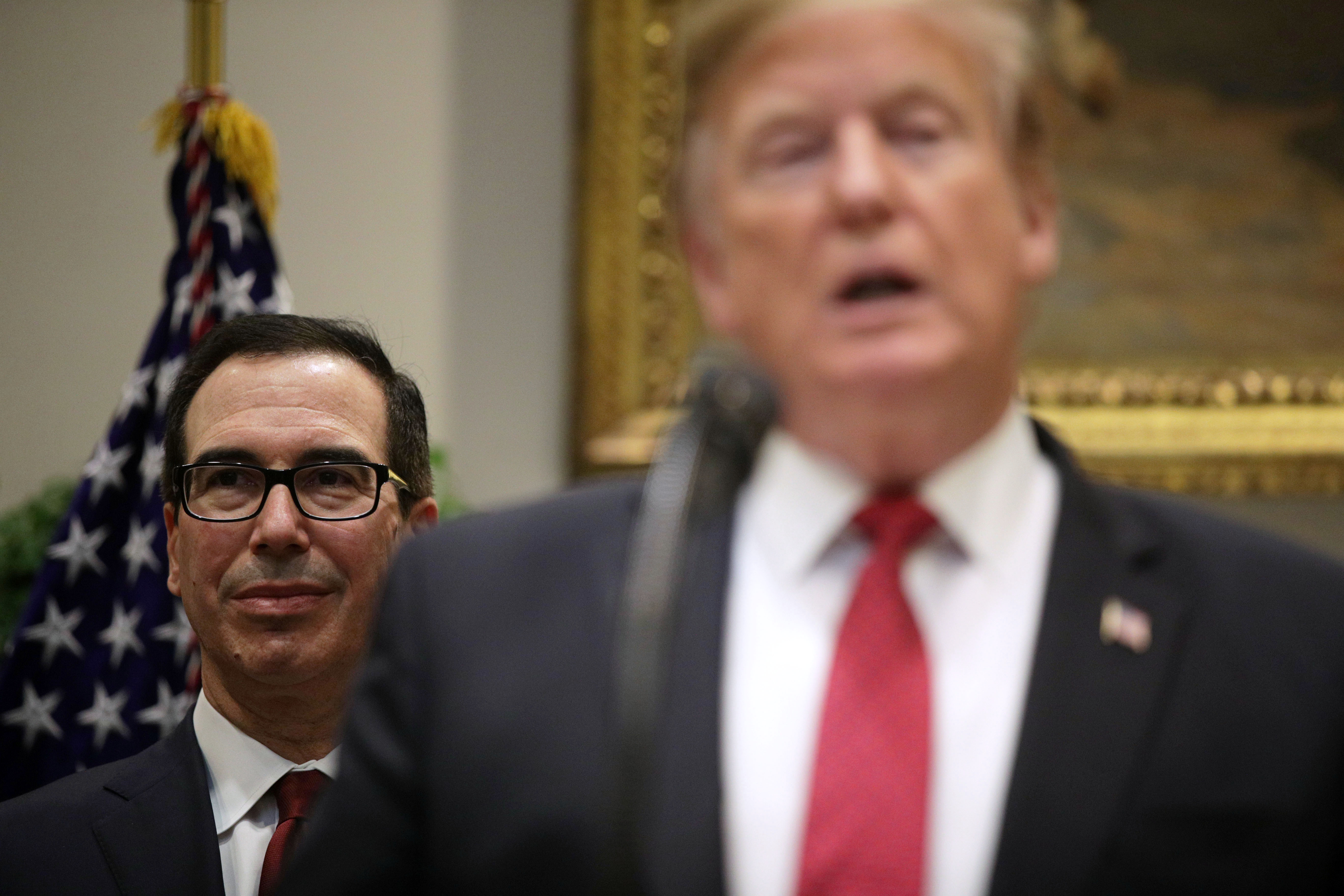 WASHINGTON, DC – FEBRUARY 06: (AFP-OUT) U.S. President Donald Trump speaks as Secretary of the Treasury Steven Mnuchin (L) listens during a Roosevelt Room event at the White House February 6, 2019 in Washington, DC. President Trump announced that Under Secretary of the Treasury for International Affairs David Malpass will be the U.S. candidate for election as the next president of the World Bank. (Photo by Alex Wong/Getty Images)

“For small- and medium-sized businesses and hard-working individuals we are going to recommend to the president that we allow the delay,” he stated, adding that the move would inject roughly $200 billion into the economy. He clarified that this would be available for all Americans, not just the extremely wealthy, and that there would be no interest or penalties.

Vice President Mike Pence announced Tuesday that, in efforts to ease the coronavirus’ economic burden on Americans, private insurers would waive all copays for coronavirus testing and expand coverage benefits for coronavirus-related treatment.

Trump, Mnuchin, and National Economic Council Director Larry Kudlow met with lawmakers on Capitol Hill to discuss possible options to mitigate the economic fallout from the coronavirus. The group reportedly discussed a potential payroll tax cut and bailouts for industries impacted by coronavirus.

Mnuchin also separately met Tuesday with House Speaker Nancy Pelosi to discuss the stimulus plan. Pelosi previously criticized reported details of the White House’s potential stimulus, claiming that she would not sign off on the plan unless it provided wage protections for hourly workers and paid family leave. He told reporters it was a productive meeting and pointed to previous budget deals the pair had negotiated.

White House officials had indicated that Trump could use the Stafford Act to declare a national disaster and free up billions of dollars to add to stimulus relief.

Pelosi and House leaders will reportedly unveil details of the stimulus on Wednesday and could bring it to a vote as early as Thursday.

“Right now we’re trying to deal with the direct impact of the virus on individual citizens,” House Budget Committee Chairman John Yarmuth explained Wednesday. “So paid family leave, making sure the tests are free to everybody, boosting unemployment insurance and so forth. That’s immediate. That’s tomorrow.”