A Rhode Island official acknowledged in 2019 that the state’s climate lawsuit against Exxon Mobil is partially designed to secure a steady stream of income for the state, court documents show.

Energy Policy Advocates discovered a memo through a public information request that revealed handwritten notes from Carla Frisch of the Rocky Mountain Institute that show Coit complaining that her state’s General Assembly is refusing to take decisive action on climate change.

Energy Policy Advocates, a conservative nonprofit, filed an amicus brief Wednesday with the U.S. Court of Appeals for the First Circuit, the court responsible for adjudicating Rhode Island’s case against Exxon. The group says the memos it obtained suggest the case should be heard in federal court.

“This entry on its face represents a senior official confessing that Rhode Island’s climate litigation is in fact a product of Rhode Island’s elected representatives lacking enthusiasm for politically enacting policies, including revenue measures,” Energy Policy Advocates wrote in the court filing. 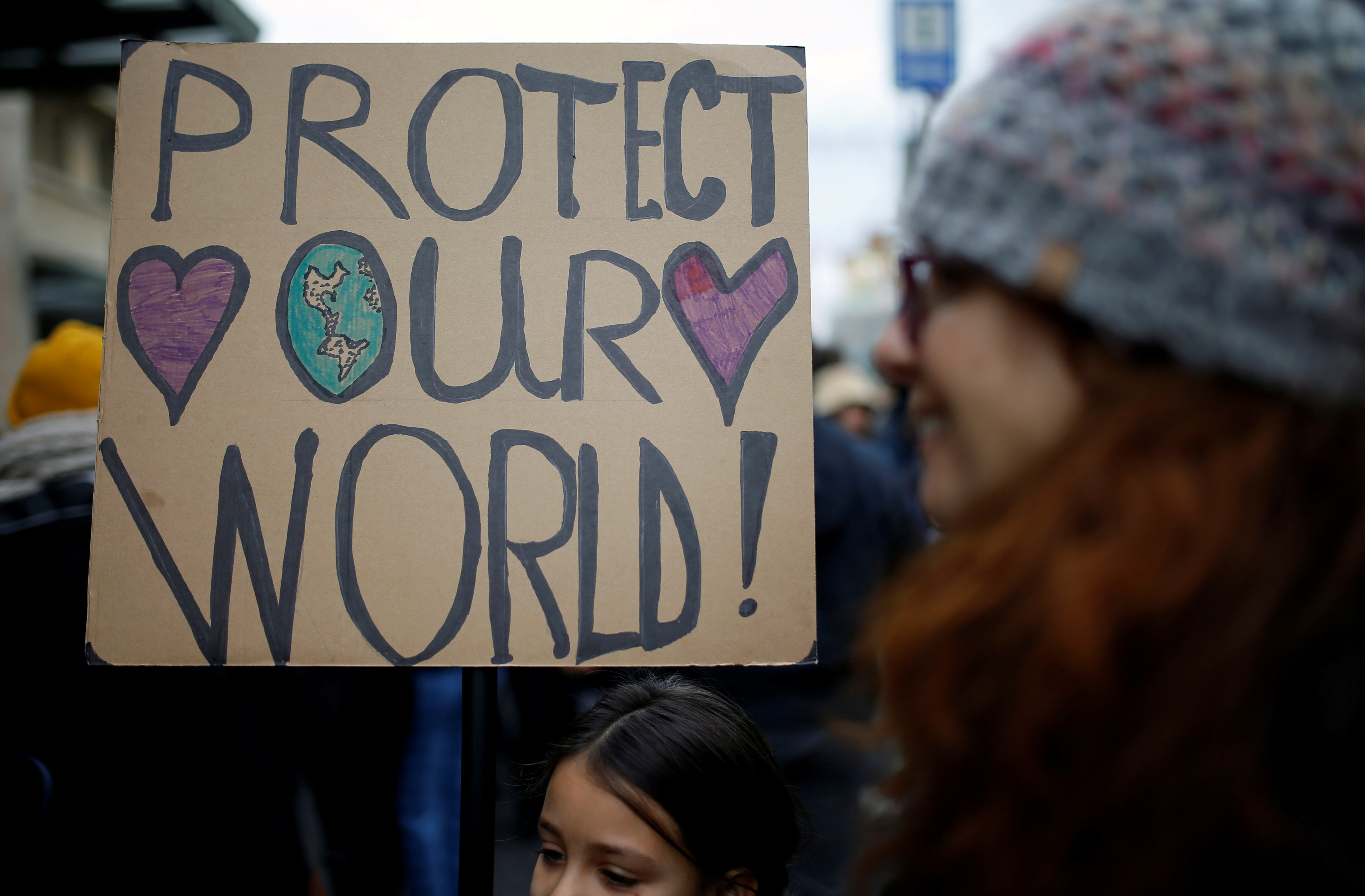 Climate change activists take part in a demonstration of the Fridays for Future movement in Lausanne, Switzerland January 17, 2020. REUTERS/Pierre Albouy

“(P)laintiffs seek to use the courts in this manner to seek billions of dollars in revenues, for distribution toward political uses and constituencies, raising of which is properly attempted through the political process,” Energy Policy Advocates added.

Neither the Kilmartin’s office, Coit, nor the Rocky Mountain Institute have responded to the Daily Caller News Foundation’s request for comment about the nature of Energy Policy Advocates’ court filing or the documents the nonprofit obtained.

Rhode Island is among the several states and cities to take on Exxon in recent years with mixed results.

A federal judge in California threw out two lawsuits June 25 that sought to do effectively the same thing Rhode Island is trying to do now: punishing oil companies for supposedly hurting the environment.

San Francisco and Oakland were among a handful of California cities that sued Chevron in February for supposedly contributing to climate change. Boulder, Colorado, joined the climate lawsuit shortly thereafter, saying the company was partially to blame for wildfires.

Hagens Berman could have earned millions, possibly billions, of dollars in contingency fees depending on the total winnings had the cities won their case. All told, these three cities are asking oil companies to hand over many billions of dollars.

Hagens is not the only major law firm involved in such legal pursuits. Sher Edling is representing Rhode Island and Honolulu, which filed a similar lawsuit Tuesday against the energy industry.