Media pundits raked President Donald Trump over the coals Sunday after the president called reporters “fake news” after they accurately reported on a mistake he made regarding Google’s help fighting coronavirus.

Never Trump pundits and reporters were reacting to a White House press conference Sunday in which the president accused media outlets of reporting fake news after he made public Google’s supposed decision to create a nationwide website helping people find virus testing kits.

“I don’t know where the press got their Fake News … but as you know, this is from Google. They put out a release. You guys can figure it out yourselves,” Trump said at the conference, noting the company “substantiated” claims he made Saturday, suggesting it would begin building the website.

But Google communications’ Twitter account posted a statement Friday from Verily — a company under Alphabet, the umbrella company that runs and operates Google — laying out how Verily is creating a website to help people in California — and not across the nation — locate test areas.

“We are developing a tool to help triage individuals for COVID-19 testing,” the statement notes, referring to coronavirus.

Reporters had a field day on Twitter after Trump appeared to mixup Verily with Google, with some accusing the president of lying about Google’s work.

“Trump needs to implement media distancing for himself. He is a liar who shouldn’t talk about the coronavirus ever again,” Dworkin told his Twitter followers Sunday. Dworkin is the senior advisor to the Democratic Coalition, a SuperPac founded in 2016 to resist Trump’s presidency. 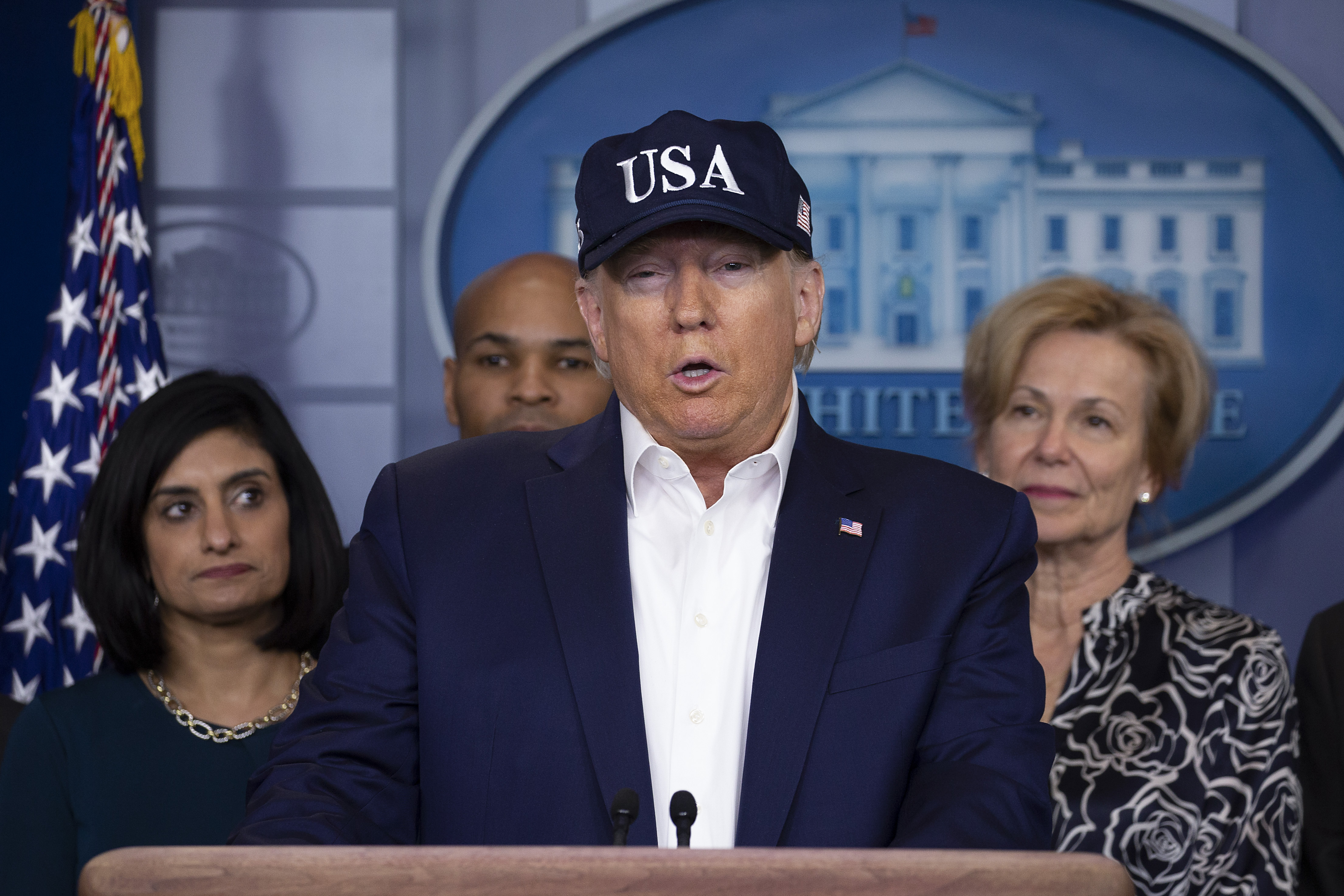 Other liberal pundits joined in the the hit parade. The Federal Banks’s decision to lower interest rates shows the country’s central bank is capable of doing something that Trump fails to grasp, according to MSNBC’s Stephanie.

Trump’s “pumping CEOs & misrepresenting @Google website reminds us he does NOT” understand the gravity of the virus, she said Sunday on Twitter. (RELATED: Here’s A List Of How Every Country In The World Is Responding To Coronavirus)

Washington Post tech reporter Tony Romm responded to a Trump’s claim that reporters never reached out to Google in a tweet Sunday: “[T]his is false. every news outlet has emails and phone calls showing otherwise. google, meanwhile, should have been more forthcoming about what it was doing as well,”

New York Times reporter Daisuke Wakabayashi accused the president Sunday of dabbling in misinformation regarding Trump’s tweet, which also said journalists “are not truthful. Watch for their apology, it won’t happen. More importantly, thank you to Google!”

Google directed the Daily Caller News Foundation to a blog post Sunday by CEO Sundar Pichai in which he states that the company is “partnering with the U.S. government in developing a website dedicated to COVID-19 education, prevention, and local resources nationwide.”

The website will rollout on Monday, according to Pichai’s post. The snafu came after the Trump administration and Silicon Valley appeared to put their differences aside and met Wednesday to hammer out a strategy to confront the coronavirus outbreak.

Microsoft, IBM and Facebook had a phone-to-video meeting with top officials in the Office of Science and Technology Policy regarding ways artificial intelligence can help medical researchers develop a vaccine.

The White House has not responded to the DCNF’s request for comment.