The Justice Department asked a federal judge on Monday to dismiss charges against two Russian firms indicted in the special counsel’s probe on charges that they meddled in the U.S. electoral process.

“It is no longer in the best interests of justice or the country’s national security to continue this prosecution,” Timothy Shea, the U.S. Attorney in Washington, D.C., wrote in a motion to dismiss charges against the firms, Concord Consulting and Concord Catering.

On Feb. 16, 2018, a grand jury used for the special counsel’s probe indicted 13 Russian nationals, and three Russian firms on charges related to interference in the 2016 election.

Concord Consulting and Concord Catering, which are owned by Yevgeniy Prigozhin, an oligarch close to Vladimir Putin, fought the indictment in court, allowing the companies to obtain classified information through the discovery process. (RELATED: Here’s What The Mueller Probe Found (Or Didn’t) On Collusion) 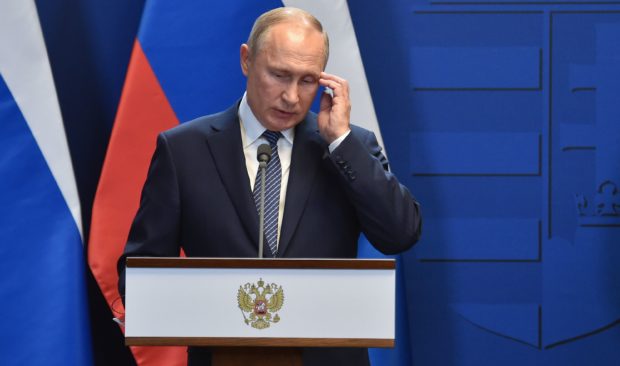 Prosecutors said that while the case against Concord was “properly commenced,” the firms have no intention of appearing for trial.

“The government must also weigh the potential risks to the national security that are necessarily associated with a trial of this nature,” prosecutors said.

“A trial of this case risks publicizing sensitive law enforcement information regarding measures used to investigate and protect against foreign influence over the political system.”

The government will continue efforts to apprehend the 13 Russian nationals, prosecutors said in the motion.

The special counsel’s office alleged that the Russian troll operation began in 2014 with the goal of sowing discord in the U.S. political process. The Internet Research Agency allegedly created fake personas on social media sites to post content aimed at dividing the U.S. electorate on hot-button issues.

Twelve Russian intelligence officers were also indicted during the special counsel’s investigation on charges that they hacked emails from the DNC and releasing them through WikiLeaks.