The White House is pushing back on Monday reporting from CNN claiming the administration is discussing a national curfew to combat the spread of coronavirus.

CNN originally reported that the curfew would “encourage” businesses to close at a certain time each night, yet Katie Miller, press secretary to Vice President Mike Pence, told Daily Caller that “there are no discussions taking place about a curfew.”

NEW, w/ @barbarastarrcnn: There are active discussions within the Trump administration to encourage a possible “curfew” across the nation in which non-essential businesses would have to close by a certain time each night, accd. to an admin official and another source familiar.

Miller told PBS that the immediate pushback was to stop “bad information” from spreading. 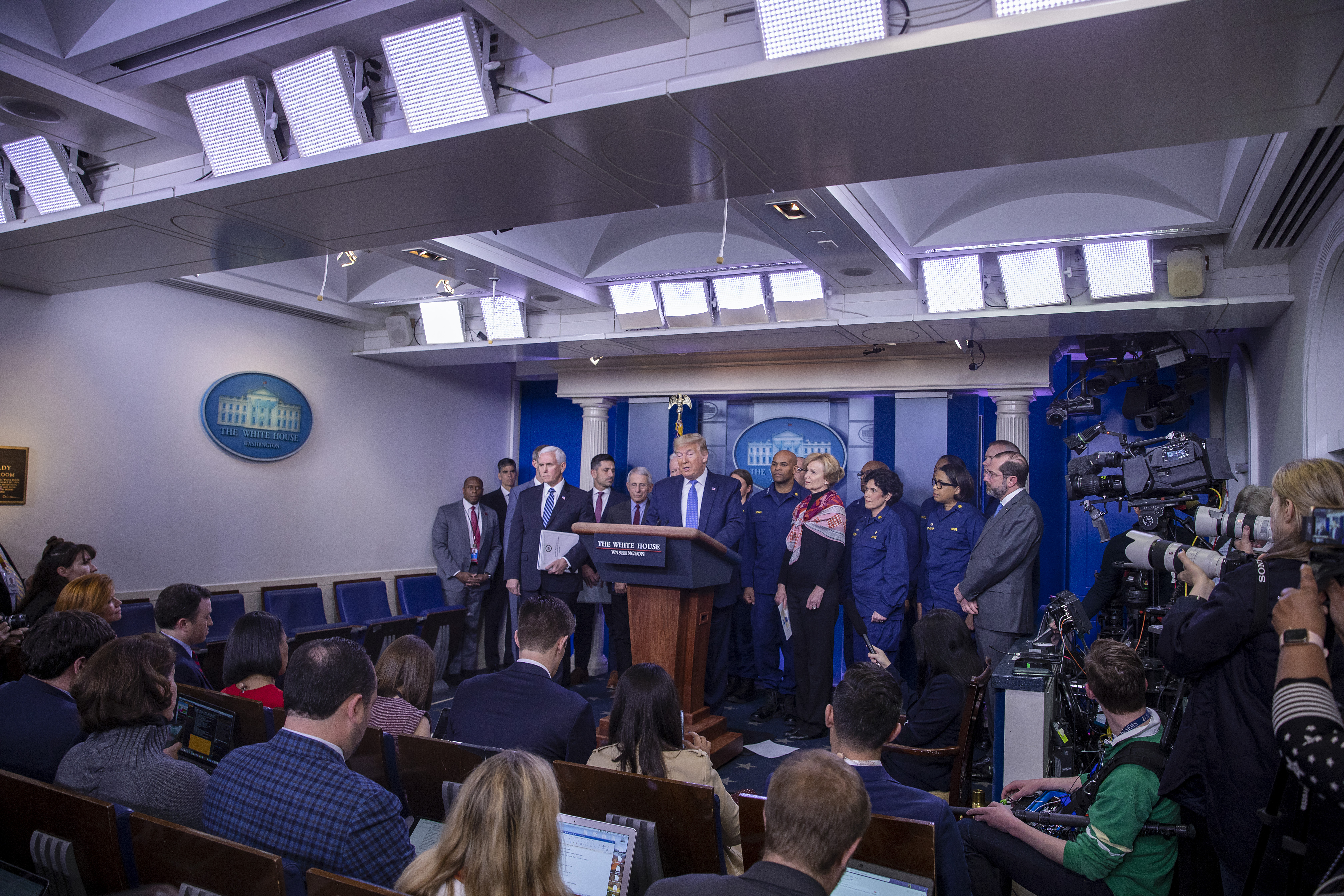 WASHINGTON, DC – MARCH 15: U.S. President Donald Trump speaks to the media in the press briefing room at the White House on March 15, 2020 in Washington, DC. The United States has surpassed 3,000 confirmed cases of the coronavirus, and the death toll climbed to at least 61, with 25 of the deaths associated with the Life Care Center in Kirkland, Washington. (Photo by Tasos Katopodis/Getty Images)

White House deputy press secretary Judd Deere additionally told Daily Caller that the story is flat out “not correct.” (RELATED: Here’s What Every State In America Is Doing To Combat The Spread Of The Coronavirus)

Katie Miller, from the Vice President’s office, is stressing that there is NO talk of a national curfew and NO talk of domestic travel restrictions. “I don’t want bad information out there to scare people,” she said.

Both Deere and Miller actively disputed CNN’s report on Twitter.

Katie Miller, from the Vice President’s office, is stressing that there is NO talk of a national curfew and NO talk of domestic travel restrictions. “I don’t want bad information out there to scare people,” she said.

This is not true! https://t.co/xhdtRUsOa9

The White House’s denial comes shortly after it was revealed that the Department of Health and Human Services was the subject of a cyber attack over the weekend. As a result, the White House National Security Council shot down false information circulating social media of the White House’s plan to institute a national quarantine.

Vice President Mike Pence told reporters Sunday to expect the coronavirus task force to rollout new “recommendations for the public” on social distancing on Monday. Dr. Anthony Fauci, the top National Institutes of Health official on the task force, added that the recommendations would look like what is currently going on in European countries that have not mandated national quarantines, namely the shuttering of restaurants, bars, and other social gathering locations.

Surgeon General Jerome Adams said Monday that there’s “every chance” the United States could end up like Italy if people do not start taking social distancing seriously.