The World Health Organization (WHO) has received criticism for badly bungling the early stages of the novel coronavirus and what appears to be too-close-for-comfort ties to China.

The novel coronavirus COVID-19 has officially infected over 209,300 people as of March 18, according to a continuously updating map from the New York Times. The virus has killed at least 8,787 people around the world so far, and many of them have been from China, where the virus originated.

Throughout this global pandemic, China has been at the center since the very beginning. Closely behind is WHO, the group that has continued to praise the country where the novel coronavirus outbreak began.

To start with, the virus is believed to have started as early as October. Chinese officials, however, have claimed that it began weeks later. Chinese whistleblowers were arrested and silenced as they attempted to sound alarms about the virus, Business Insider previously reported. Amid all of that, a Chinese official even tried to pin the blame on America for the outbreak of the virus. 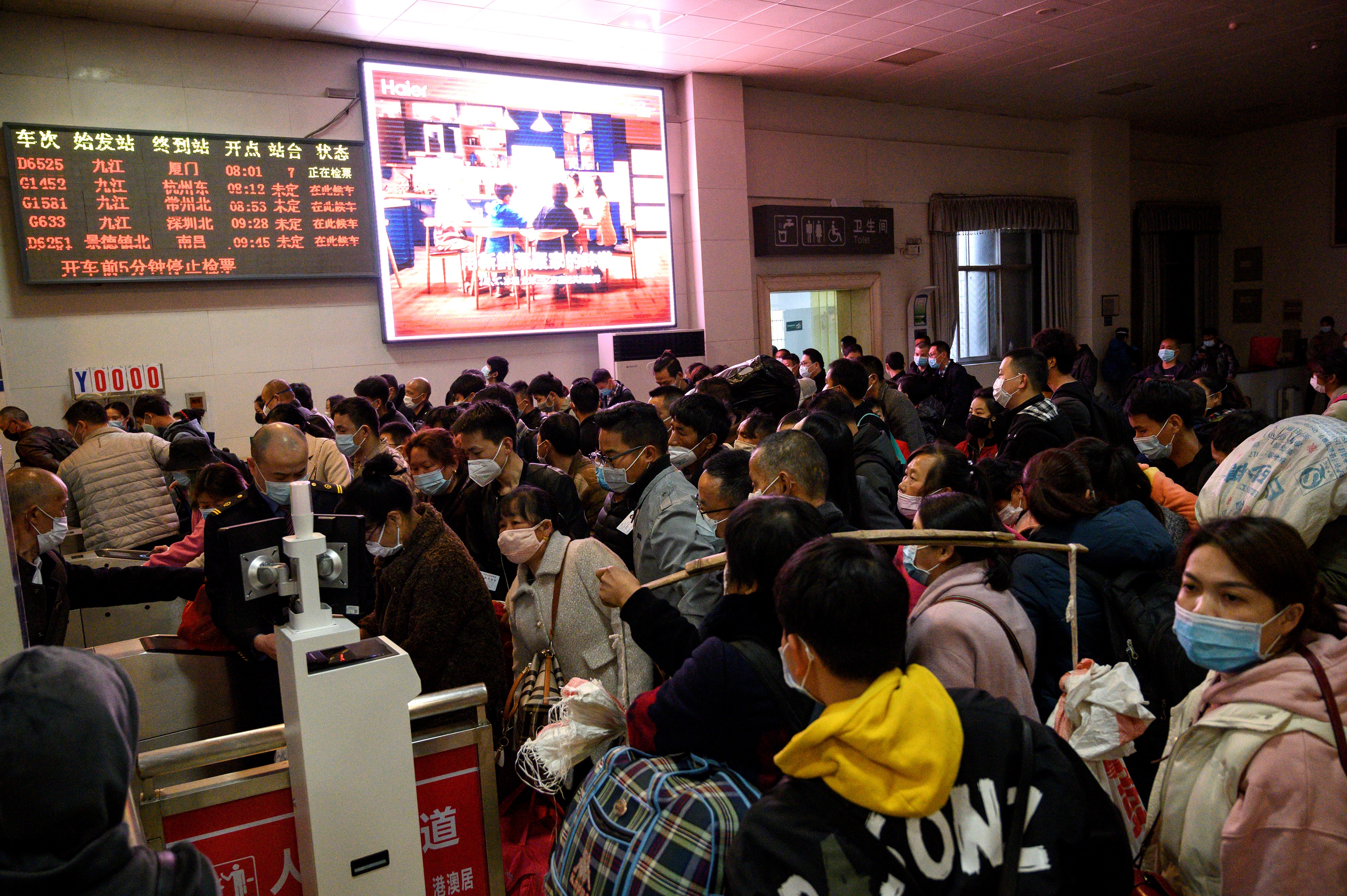 Passengers wearing face masks queue to have their tickets checked as the train arrives at Jiujiang railway station in Jiujiang, a city which sits on the border between Chinas central Jiangxi province and Hubei province, the epicentre of the country’s COVID-19 coronavirus outbreak, on March 18, 2020. (NOEL CELIS/AFP via Getty Images)

As reports have continued to contradict some of China’s original claims about the novel coronavirus and the country has tried to shift blame, WHO has had its back. The organization has praised the country for its “transparency” and for how they have handled the virus.

“We appreciate the seriousness with which China is taking this outbreak, especially the commitment from top leadership, and the transparency they have demonstrated, including sharing data and genetic sequence of the virus,” WHO’s director-general Dr Tedros Adhanom Ghebreyesus said. “WHO is working closely with the government on measures to understand the virus and limit transmission. WHO will keep working side-by-side with China and all other countries to protect health and keep people safe.”

Tedros has doubled down on his China praise, saying the country “has done many good things to slow down the virus.”

WHO has gone further than just praising China. The organization, which the U.S. has helped fund, has even been caught parroting talking points from the very same country that allegedly tried to suppress certain news about the virus.

“Preliminary investigations conducted by the Chinese authorities have found no clear evidence of human-to-human transmission of the novel #coronavirus (2019-nCoV) identified in #Wuhan, #China,” WHO tweeted.

WHO pushed back on President Donald Trump and American outlets attaching “locations or ethnicity to the disease.” The term “Wuhan Virus,” for example, has been used often by Trump and some journalists who say this is not a racist term, as the virus did originate in Wuhan. (RELATED: ‘Not Racist At All’: Trump Defends Calling Coronavirus The ‘Chinese Virus’)

This pushback came even though it has been common to name viruses after the area in which they originated. In addition, China itself reportedly used to refer to the virus as the “Wuhan Virus” in state-run media, according to Quartz reporter Mary Hui.

DO – talk about the new #coronavirus disease (#COVID19)

DON’T – attach locations or ethnicity to the disease, this is not a “Wuhan Virus”, “Chinese Virus” or “Asian Virus”.
The official name for the disease was deliberately chosen to avoid stigmatizationhttps://t.co/yShiCMfYF3 pic.twitter.com/belHrq5HVo

After numerous blunders and consistent attempts to praise and back China despite the country’s misleading information about the novel coronavirus, WHO’s handling of the situation has sparked criticism. Even the Council on Foreign Relations (CFR), a non-profit think tank, bashed the organization over its “weak response to China’s mishandling” of the novel coronavirus.

“The WHO Director-General (DG) Dr. Tedros Adhanom Ghebreyesus has been an outspoken advocate for the Chinese government’s COVID-19 response,” a writer at the CFR’s blog wrote in February. (RELATED: NBC News Correspondent Says Coronavirus ‘Is A Bat Virus, Not A China Virus’)

“Despite growing evidence of China’s mishandling of the outbreak and rising domestic Chinese outrage over the government’s censorship, Tedros remains unmoved.”

CFR suggested that WHO’s newfound love for China could be attributed to money. The article noted that China’s contributions to the organization has grown by 52% since 2014. It added that the country was one of Tedros’s allies during WHO’s 2017 election.

“The day after his electoral victory, Tedros confirmed to Chinese state-media that he and the WHO will continue to support the ‘One China’ principle, which recognizes the government in Beijing as the legitimate Chinese government,” according to CFR. “Three years later, Tedros’ enduring support of China’s response to COVID-19 shows that their early support for him is still paying dividends.” 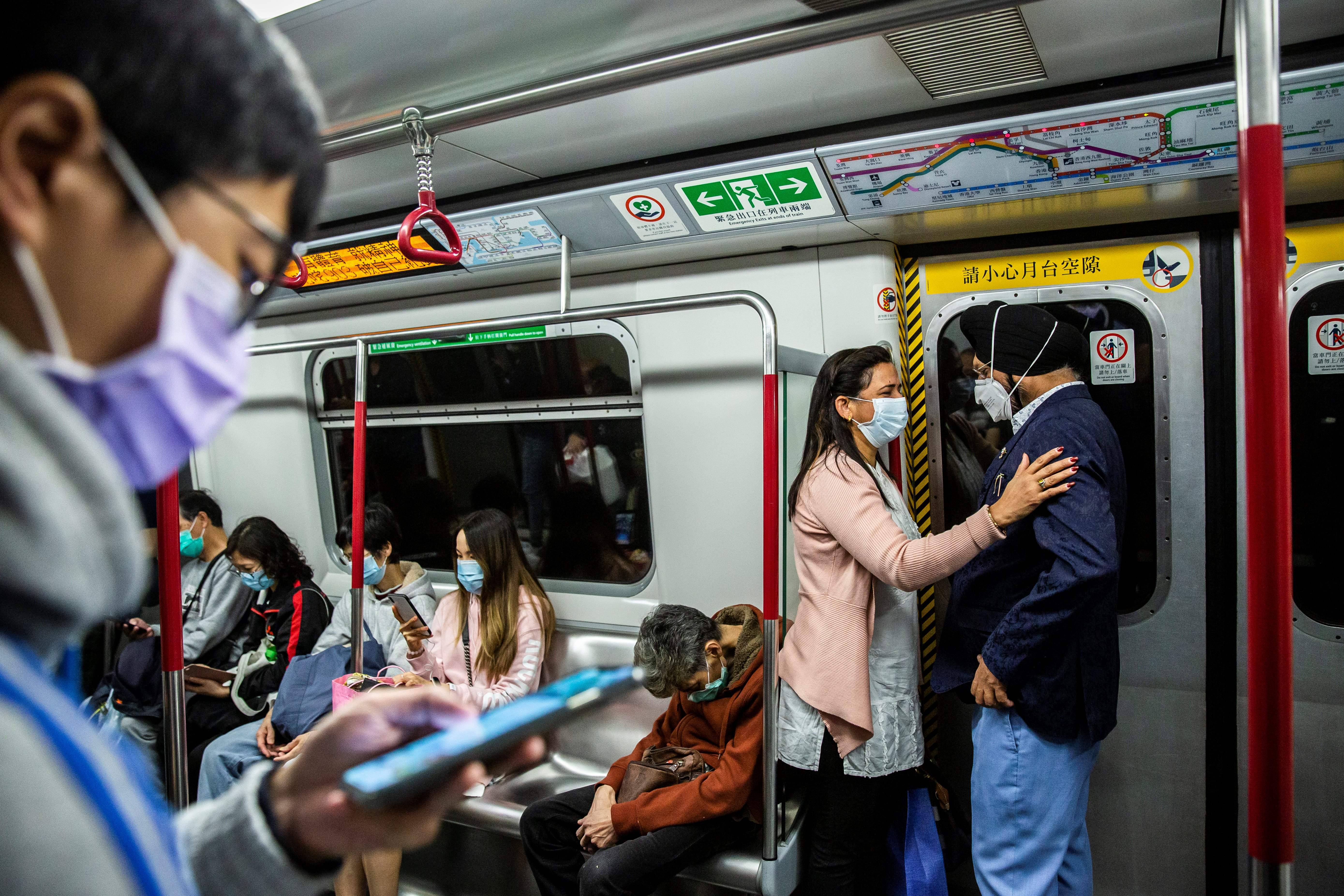 Whether it is because of China or for other reasons, WHO’s handling of the novel coronavirus spread has been troubling. In addition to repeating false claims about the virus from the very country where it began, WHO only named coronavirus as a global pandemic March 11 – months after the virus had very clearly spread across the world.

Following this response, the virus has infected all 50 states in America with at least 140 reported deaths across the country. Over 1,000 new cases were announced in New York alone Wednesday, according to the NYT. Still, WHO has continued to praise and push claims from the country who has perhaps been one of the most dishonest regarding this deadly virus.

“China’s bold approach to contain the rapid spread of this new respiratory pathogen has changed the course of a rapidly escalating and deadly epidemic,” a February 2020 report from WHO reads. “This decline in COVID-19 cases across China is real.”