Immigration and Customs Enforcement (ICE) will delay arresting illegal aliens who are not “public safety risks” during the coronavirus pandemic, the agency revealed Wednesday in a press release.

ICE is scaling back its enforcement operations in response to the COVID-19 outbreak in the U.S., and will instead focus on apprehending only those who are a threat to public safety or who fall within the agency’s mandatory detention guidelines, the agency announced.

“ICE Enforcement and Removal Operations (ERO) will focus enforcement on public safety risks and individuals subject to mandatory detention based on criminal grounds,” read a press release from the agency.

“For those individuals who do not fall into those categories, ERO will exercise discretion to delay enforcement actions until after the crisis or utilize alternatives to detention, as appropriate.”

The new policy begins on Wednesday, and ICE did not give a timetable for how long it could last. 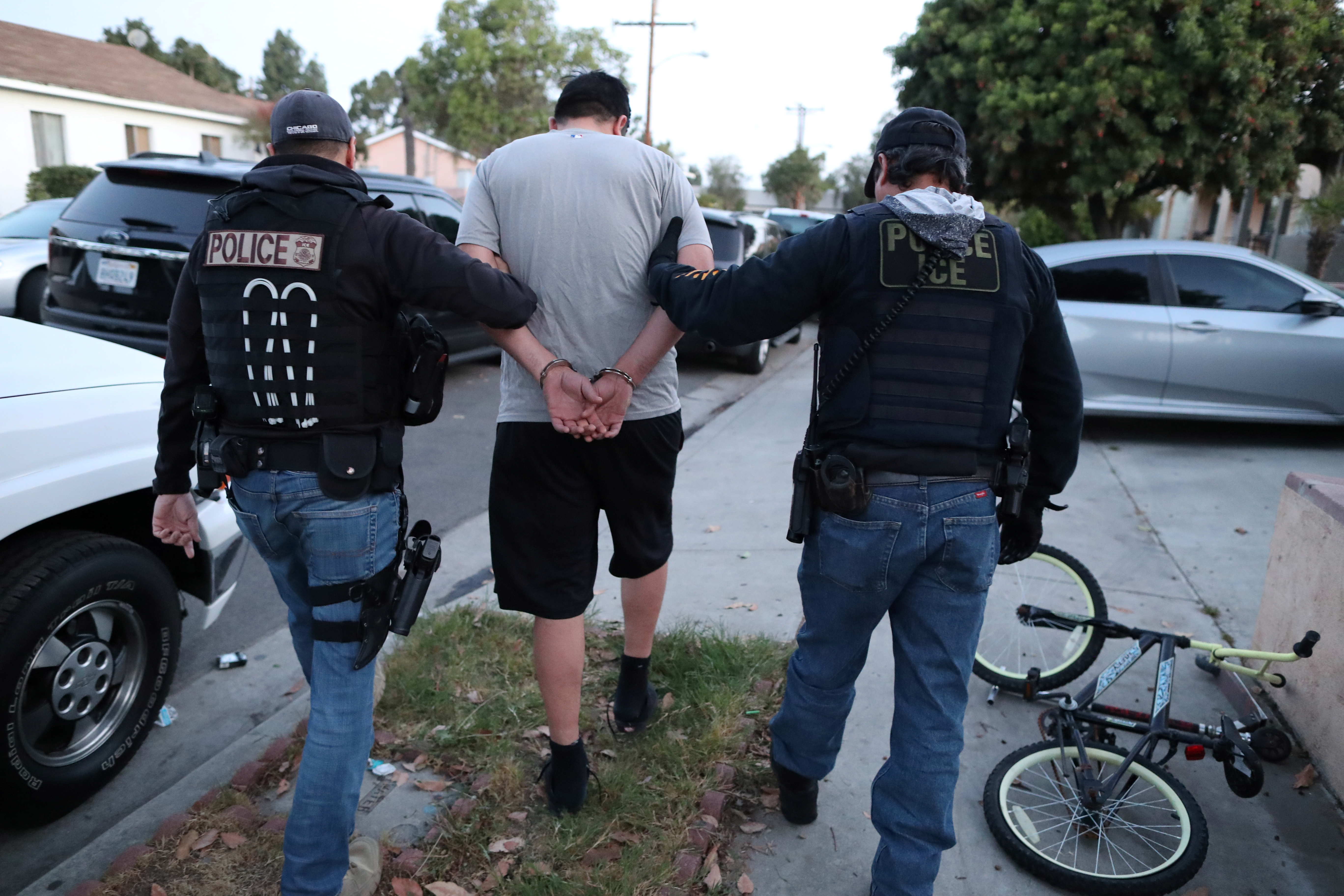 Such critical operations include child exploitation, narcotics trafficking, gangs, human smuggling, human trafficking, and other similar activities. ICE will continue this work based on its ability to ordinate with the Justice Department, the U.S. Marshals Service and the Bureau of Prisons. (RELATED: ACLU Lawsuit Demands ICE Release Illegal Aliens ‘At Risk’ Of Coronavirus Complications)

“The health and safety of Americans is paramount,” Ken Cuccinelli, the acting deputy secretary of DHS, said in a statement released Thursday morning. “Thus, ICE will, as it has during other times of crisis, conduct enforcement operations that protect our communities and uphold our laws. This means that ICE will continue to prioritize arresting and removing criminal aliens and other aliens who pose a threat to public safety, just as it always has during President Trump’s administration.”

Cuccinelli cautioned that other aliens living unlawfully in the country will still be targeted.

“That does not mean that no other removable aliens will in fact be removed, but during the current public health situation, removals will be done in such a way as to minimize the exposure of our agents and of the removable aliens we are encountering,” he said.

“ICE will exercise its law enforcement authority in a manner that accounts for the dangers presented by COVID-19, while maintaining the safety and security of the communities it has sworn to protect,” Cuccinelli continued.

ICE made clear that its sensitive locations policy is still in effect, meaning that agents will not carry out enforcement operations at or around health care facilities — with an exception for the “most extraordinary” circumstances. The agency urged the illegal alien community to not fear seeking medical care.

Additionally, President Donald Trump declared the U.S.-Canada border is closed off to all non-essential travel, and he confirmed Wednesday that he’s blocking all illegal aliens and asylum seekers at the U.S.-Mexico border.

The moves are being made in response to the spread of the coronavirus. As of Wednesday evening, more than 8,000 individuals within the country have tested positive for the disease, and over 140 U.S. patients have died from coronavirus-related illnesses.

Update: This story has been updated to include comments from DHS acting Deputy Secretary Ken Cuccinelli.