Employers across America are laying off employees as businesses are forced to shut down because of the novel coronavirus.

The massive surge in layoffs has overwhelmed employment offices across the country, Politico reported. Job-loss projections may get up to 4.6 million, and a recent NPR/Marist Poll showed that 18% of households have already had someone who has been let go or seen reduced hours because of the virus.

New Jersey saw 15,000 people who applied for unemployment benefits on Monday alone, far higher than normal. These surges were also seen in states like Connecticut, Ohio and Rhode Island, according to Politico.

Almost 8,000 people sent in unemployment papers over the weekend in Connecticut, and Ohio surged with over 45,000 new laid off workers in a week. These increases have caused unemployment websites in Kentucky, Oregon and New York to crash. 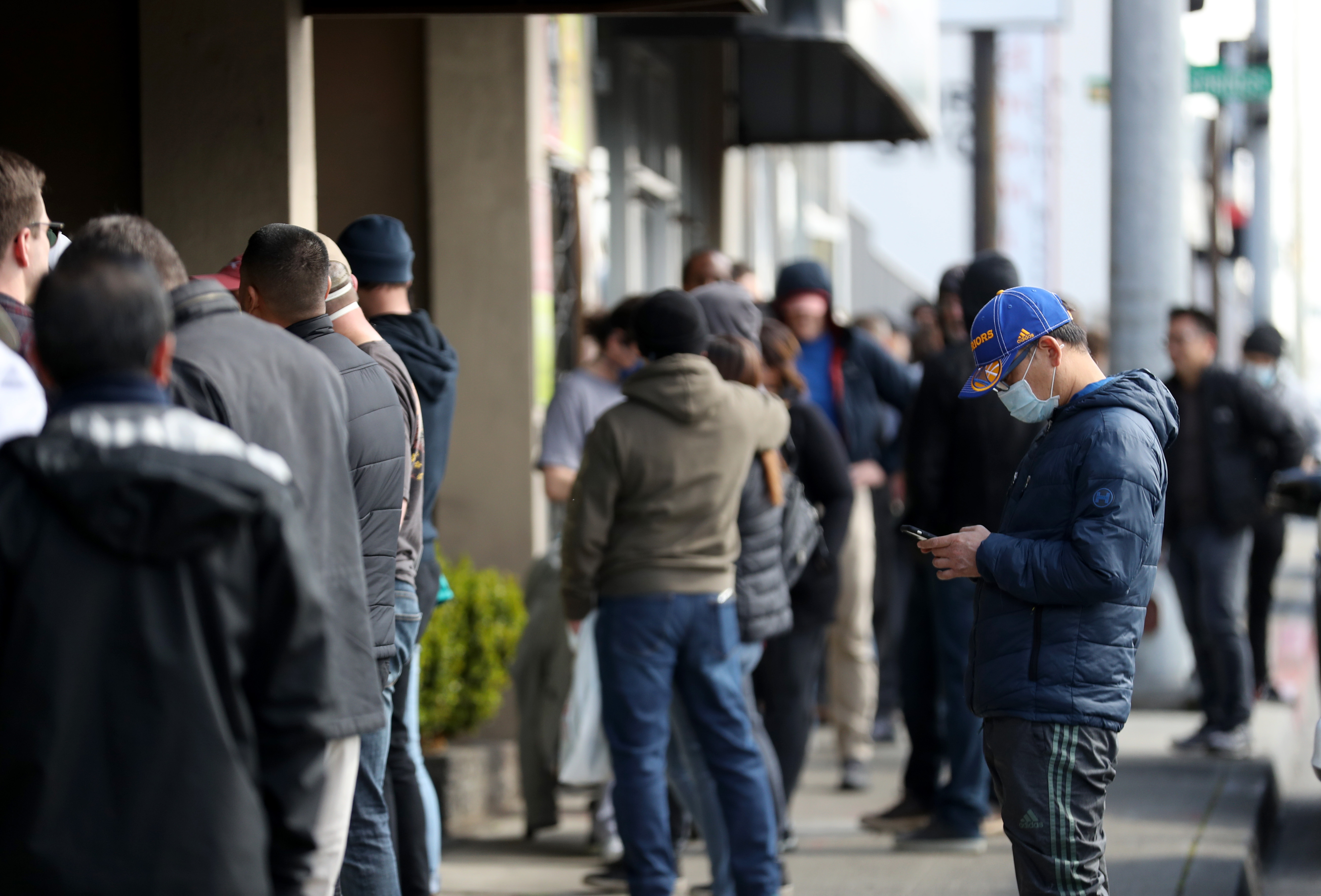 People wait in line to purchase guns and ammunition at Peninsula Guns and Tactical on March 16, 2020 in San Bruno, California. (Justin Sullivan/Getty Images)

Businesses large and small have been affected by the novel coronavirus. Local bars and restaurants have been forced to shut down and most airlines could be bankrupt within three months. Amazon is perhaps one of the notable companies that is hiring during this country-wide cut-back. It announced that they will be adding 100,000 more American workers as more people turn to online shopping in an attempt to avoid the virus.

Lawmakers in Washington, D.C. have been working on an economic stimulus package with the White House. This would attempt to help industries that have been affected by the novel coronavirus. (RELATED: LIVE UPDATES: Here’s What Every State In America Is Doing To Combat The Spread Of The Coronavirus)