Iowa is apparently the state most unhappy with sports being canceled.

As everybody knows, sports are pretty much over for the time being because of coronavirus. According to a study from betonline.ag based on geotagged Twitter data, Iowa is the state doing the most complaining.

They’re followed by Nebraska, Kentucky, South Dakota and Kansas. You can see the full list below. (RELATED: David Hookstead Is The True King In The North When It Comes To College Football) 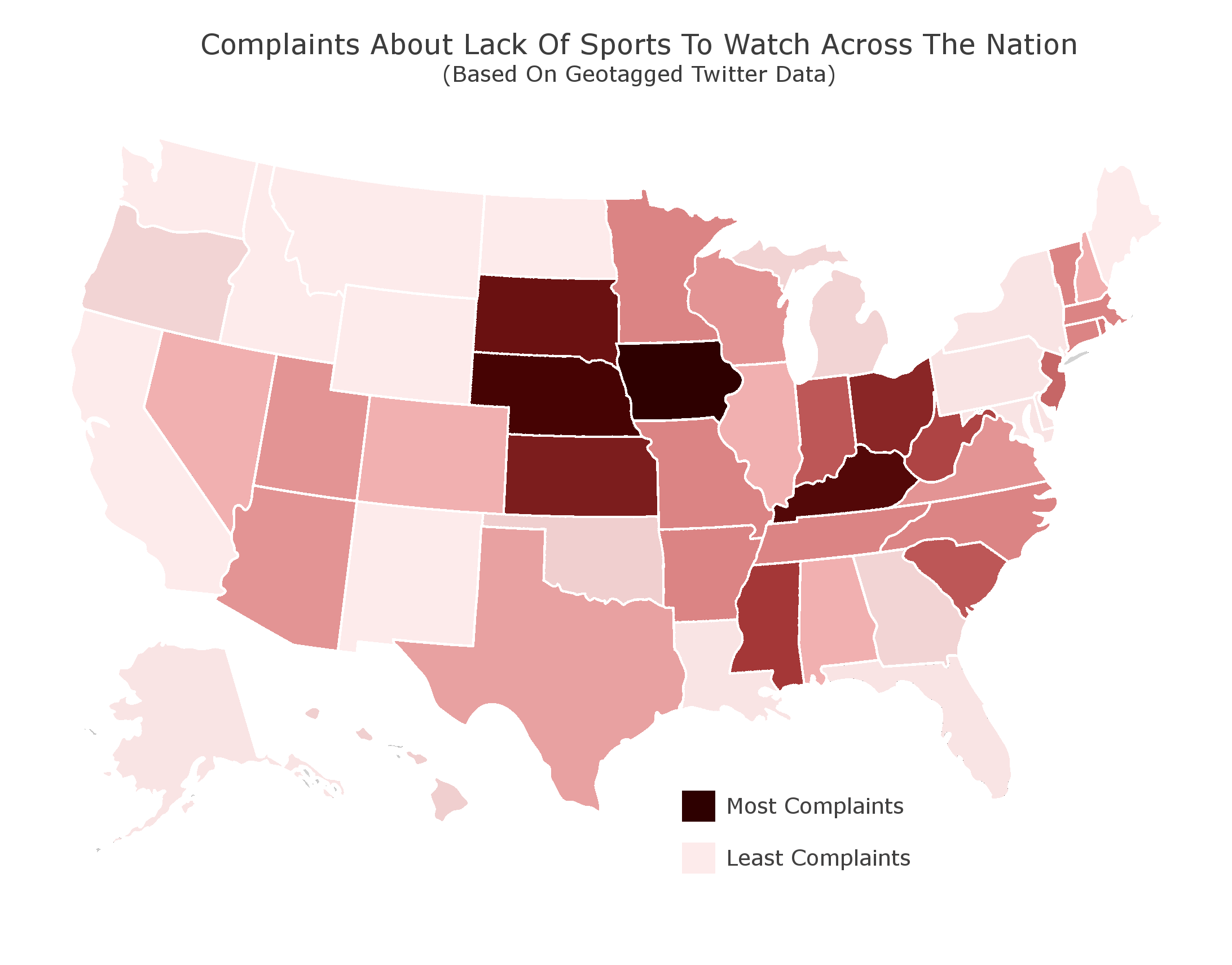 Iowa? Really, Iowa is doing the most complaining? That seems like a surprise. I’m not really sure what they have to be complaining about.

It’s not like the Iowa Hawkeyes were likely to make a deep March Madness run. Sure, they could have won some games, but they weren’t a real contender. Yet, Iowa is apparently the most upset, at least according to Twitter data.

Nebraska being upset makes even less sense. The Cornhuskers weren’t even going to be in March Madness!

If anything, the event being canceled is a mercy blow to Nebraska and Fred Hoiberg’s team.

If there’s one state that should be furious, it’s Wisconsin. Our chance to win a national title in March Madness was ripped away from us.

Yes, I gave us the national title anyway, and ESPN‘s simulation has Wisconsin winning the now non-existent 2020 tournament. It still doesn’t taste the same.

We wanted to win the title with the world watching, and we were robbed of that opportunity.

Let us know in the comments what you think about the study, and let us know how upset you are. There’s no doubt I’m pissed as all hell.