The Guatemalan government is accepting deportation flights from the United States, reversing a decision it made in response to the coronavirus outbreak.

Guatemala, a small Central American country that is home to a large bulk of illegal aliens detained in the United States, is once again allowing Immigration and Customs Enforcement (ICE) to carry out deportation flights, its government announced in a press statement, according to Reuters.

While flights are resuming, the country is still taking precautions as the COVID-19 pandemic persists. The government is receiving a deportation flight of 99 Guatemalan nationals Thursday, but those individuals will be immediately placed into quarantine.

However, Guatemala is maintaining a pause on its asylum cooperative agreement with the Trump administration, meaning it’s not accepting deportations of other nationals. 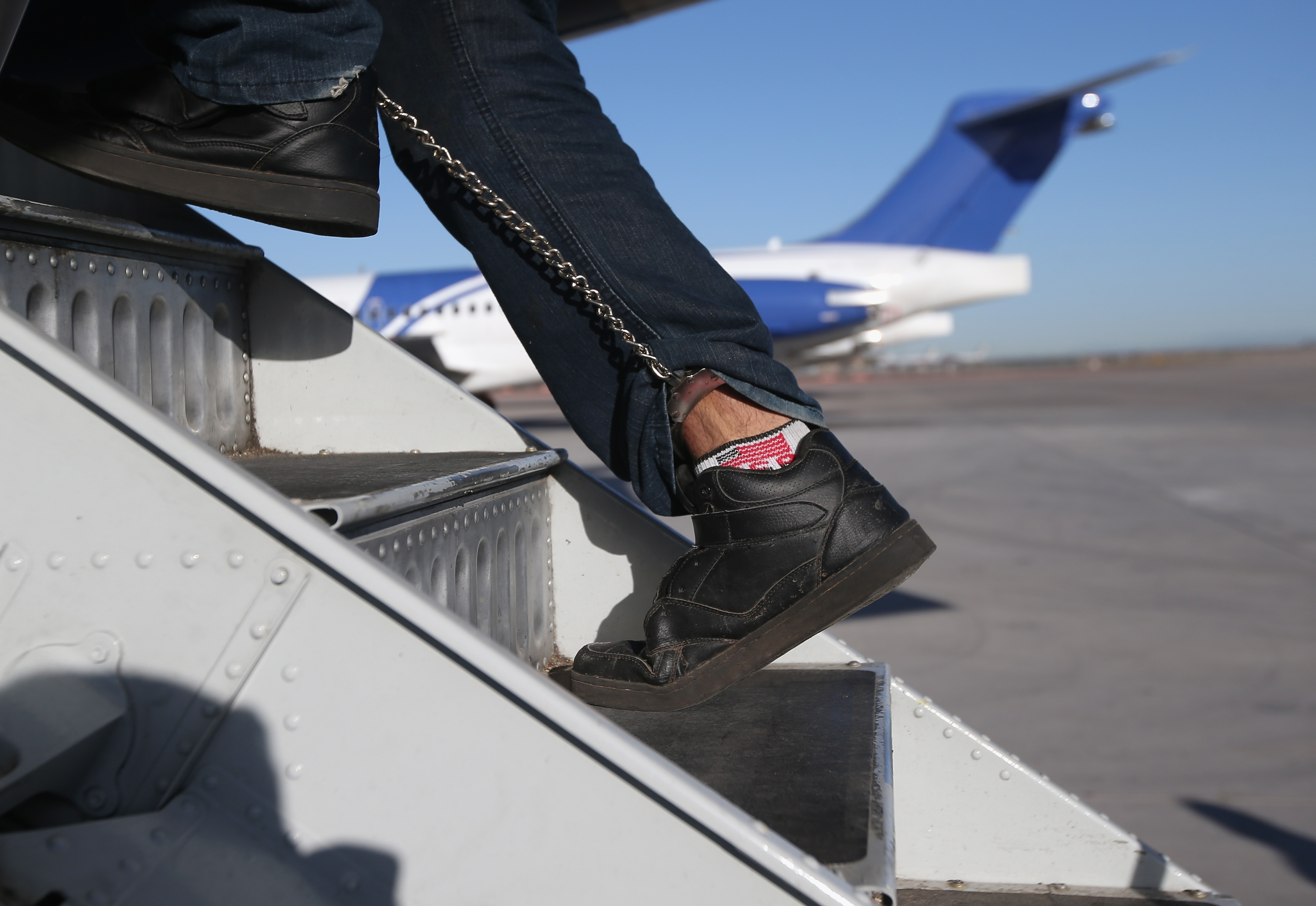 A Honduran immigration detainee, his feet shackled and shoes laceless as a security precaution, boards a deportation flight to San Pedro Sula, Honduras on February 28, 2013 in Mesa, Arizona. (Photo by John Moore/Getty Images)

The Trump administration reached an asylum cooperative agreement with Guatemala in July 2019. Under the deal, Guatemala would accept asylum seekers who passed through its country en route to the U.S. border — i.e., Salvadoran and Honduran nationals.

The deal went into effect in November with the takeoff of the first ICE deportation flight carrying Central American asylum seekers. Since then, the country has accepted numerous flights carrying Hondurans and Salvadorans.

This program was put on hold after the Guatemalan government announced a ban on all arrivals from the United States, which went into effect Monday. President Alejandro Giammattei also announced Monday that his country would sealed off for 15 days as a measure to stop the spread of the coronavirus.

Honduras and El Salvador also declared a closure of their borders amid the global pandemic.

The resumption of deportation flights is added relief to the administration’s enforcement agenda. More Guatemalan nationals were apprehended at the southern border in 2019 than any other nationality, causing an immense backlog in the U.S. immigration enforcement and court system. (RELATED: ‘We’re Taking An Overabundance Of Caution’: Border Patrol Braces For Spread Of Coronavirus)

More than 265,000 Guatemalan nationals were apprehended by Customs and Border Protection (CBP) in fiscal year 2019, surpassing apprehensions of both Mexicans and Hondurans that year.