The latest Harris Poll contained some good news for President Donald Trump amid the federal government’s response to the coronavirus pandemic.

Conducted using a nationally representative sample of 2,050 Americans over two waves, March 14-15 and March 17-18, the poll provided some quick feedback on how the public’s perception can change overnight even as the government shifts its response to a crisis in which the news seemingly changes by the hour.

Overall, both waves showed around 60% of Americans “satisfied” with how the federal government has handled the coronavirus crisis so far. 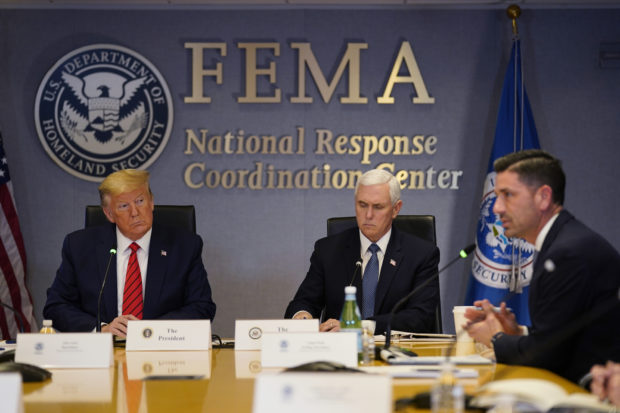 Of the president’s performance, 56% of the second wave approve of the way Trump has handled the COVID-19 crisis, with 44% disapproving. This is up five percentage points from the first wave, conducted only two days before. Meanwhile, Trump’s overall approval jumped four percentage points between waves, from 49% to 53%.

On another note, the perception of whether the federal government’s economic relief thus far has been sufficient decreased from 47% to 42% from wave 1 to wave 2. Trump signed the “Families First Coronavirus Response Act” into law Wednesday night. (RELATED: Brit Hume Describes A Coronavirus Scenario That Could Be ‘Quite Good News’ For President Trump)

Harshly criticized at first, the president’s performance during the coronavirus crisis has been praised by some unlikely sources of late, including CNN anchor Dana Bash and Democratic Minnesota Rep. Ilhan Omar.