It is one of the oldest of human lessons, straight from “Aesop’s Fables.”

A shepherd boy watching a flock of sheep amuses himself by yelling “Wolf!” — knowing correctly nearby villagers will quickly run to help him. Sure enough the villagers come running — only to find there is no wolf in sight. Shaking their heads, the villagers go back to their chores, and then the shepherd boy does it again. The villagers race back again and again — no wolf. They have been tricked a second time. Not long after they have left the laughing shepherd boy a second time, in fact a real wolf does in fact appear and makes a beeline for the sheep. The now-terrified shepherd boy frantically yells “Wolf!” But this time? Having been lied to twice, the villagers don’t show up.

In the case of the liberal media, or as I call it the Leftist State Media (LSM), this ancient Aesop Fable is a reminder of exactly what the LSM has been doing to their own credibility since the arrival of Donald Trump.

Working hand-in-hand with their Democrat allies, the first cry of “Wolf!” was the Trump-Russia collusion fairy tale. It was a ridiculous story on the face of it. His media antagonists might hate the guy, but to believe he was stupid enough to try and steal the presidency with help from Vladimir Putin was bizarre beyond belief.

Finally the long-awaited (by the LSM) Mueller report was issued, followed by Mueller’s appalling performance at a congressional hearing, in which he appeared to not know what was in his own report. There was no collusion to be found. Shocking — not.

The result for the Trump-Russia collusion media? Here was this report from right here at the Daily Caller, Maddow’s ratings were down 17%. (RELATED: MSNBC’s Rachel Maddow Sees Ratings Surpassed By Another Fox News Program) 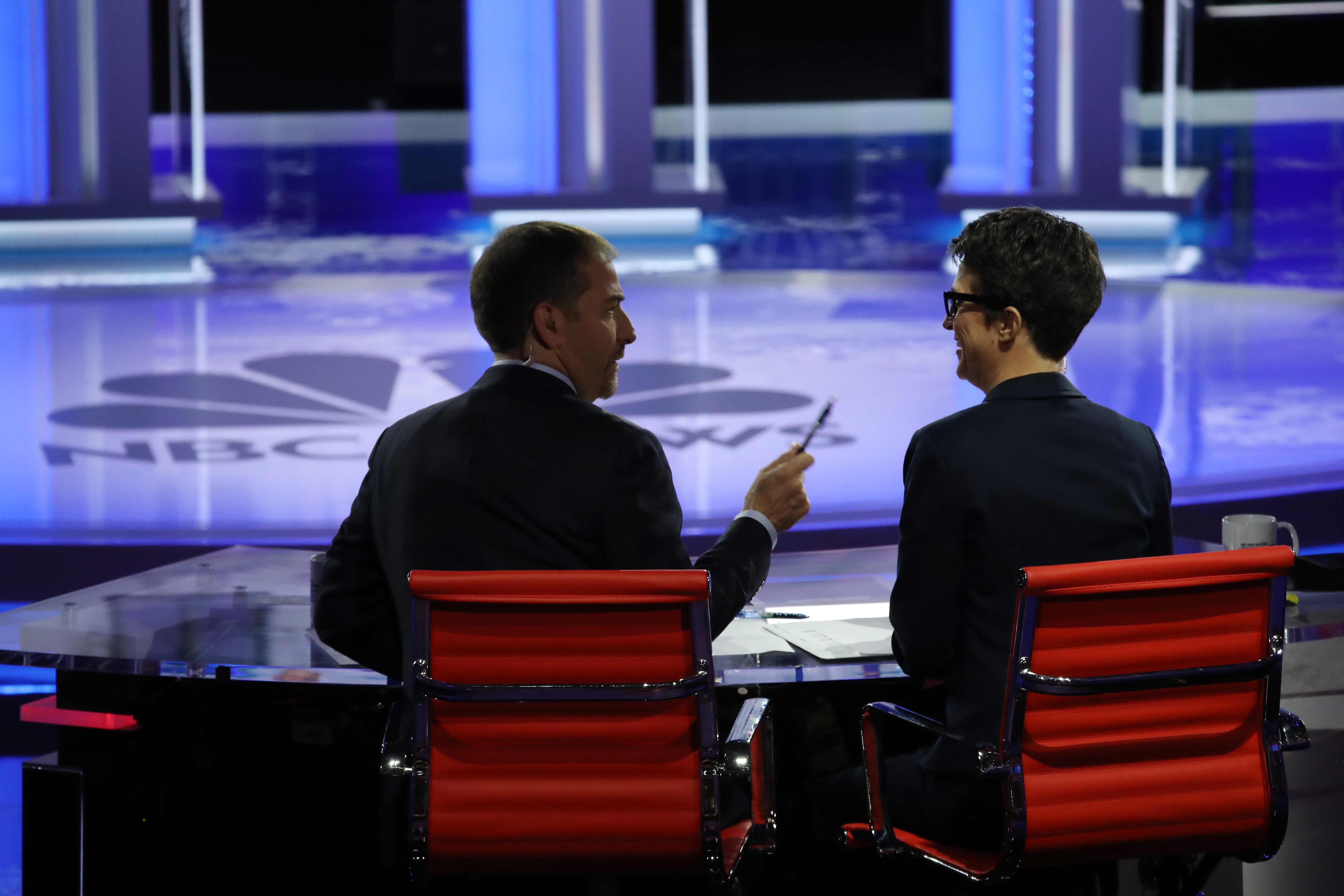 Moderators Chuck Todd of NBC News and Rachel Maddow of MSNBC talk during the second night of the first Democratic presidential debate on June 27, 2019 in Miami, Florida. (Photo by Drew Angerer/Getty Images)

The next cry of “Wolf!” from the media came with the impeachment saga. A perfectly unremarkable phone call between Trump and the president of Ukraine was spun into an impeachable offense. For weeks on end, the nation was swamped with coverage that amounted to: “OMG!!! We got him!” When, of course, as most sane observers well knew, there was not only no “there” there but right from the beginning the whole impeachment drama was an exercise in futility, with a Republican-controlled Senate guaranteed to not convict.

Again, as the LSM hyped its “Wolf!” drama, their credibility — its ratings — took yet another hit. In December CNN hit a three-year ratings low, according to reporting from the Daily Caller. (RELATED: CNN Contradicts Its Own Fact Check About US Allegedly Rejecting WHO Coronavirus Test Kits)

And now? Yet again media malfeasance from the Leftist State Media is in play a third time — over the coronavirus!

Back there on Jan. 29, here was the far left Mother Jones headlining this:

The New Coronavirus Is Scary — But This Year’s Flu Is Much Scarier!

Got that? The flu is worse by far. Stop with the panic.

Two days later, the president announced travel restrictions with China. CNN jumped on this instantly. The CNN headline? “The US coronavirus travel ban could backfire. Here’s how”

Again, the point here was that Trump was not only overreacting — but in overreacting the whole travel restriction business was going to wind up backfiring and hurting the country. 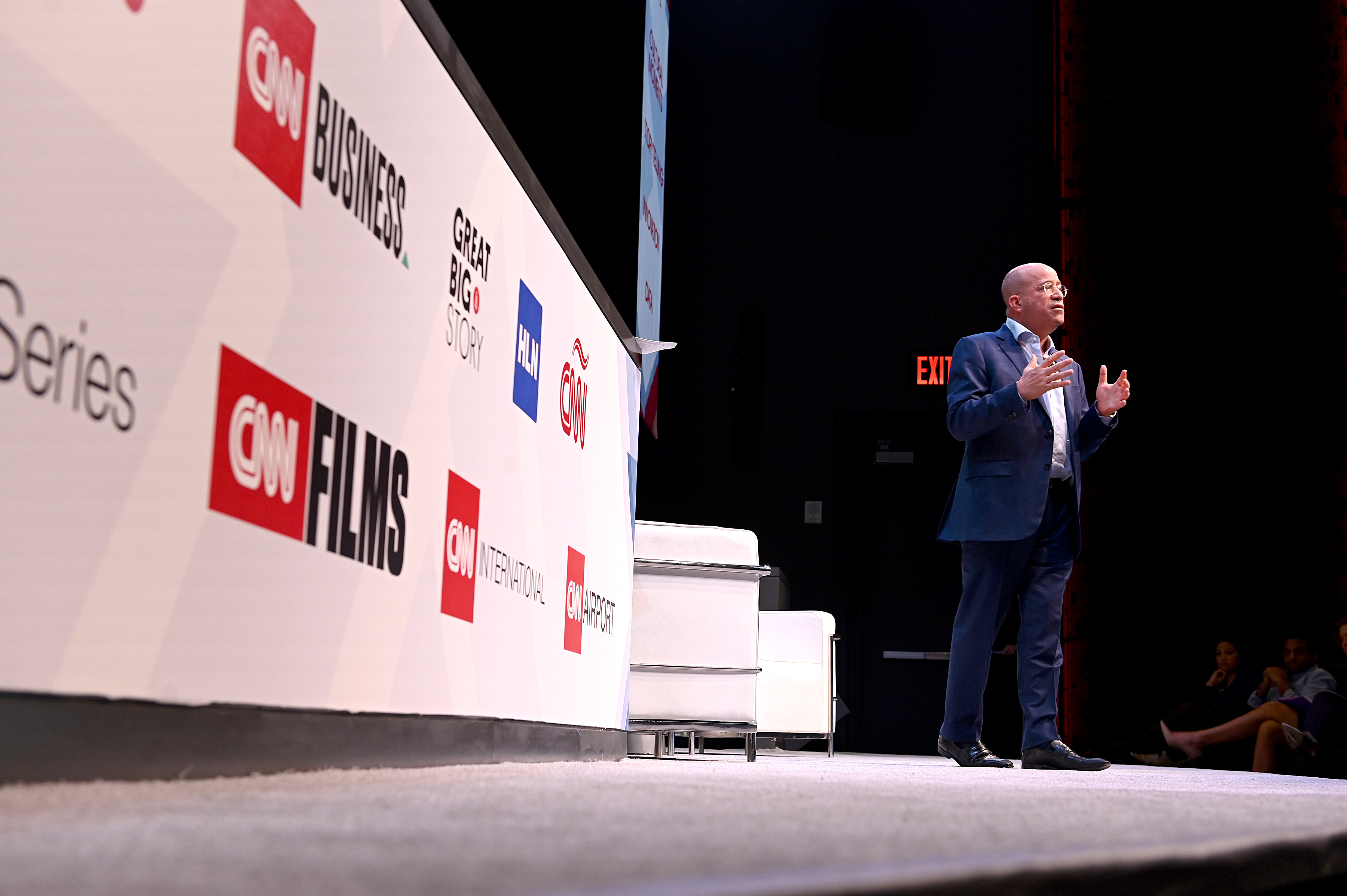 But by Feb. 26, NewsBusters was reporting this finding from their coverage of the Leftist State Media, in this case two of the broadcast television networks:

This gem made a point of ABC quoting Speaker Nancy Pelosi as saying this:

SPEAKER NANCY PELOSI (D-CA): What he’s doing is late, too late, anemic. Hopefully, we can make up for the loss of time.

Got that? For Pelosi and her media allies, of a sudden, Trump, who was condemned for being too tough, was suddenly not tough enough.

These are mere samples from what became a pattern in liberal media coverage of the virus. At first, the virus was not even as close as bad as the flu — nothing to see here folks, move along. From there the new tale was that Trump was overreacting, and his actions would backfire as there was no need for travel restrictions. Then — presto! — He was doing too little, too late.

Here is the danger in all of this media malfeasance. (RELATED: Media Pundits Pounce After Trump Calls Press Fake News For Accurately Reporting His Google Flub)

The liberal  media has spent the past three years crying “Wolf!” about Donald Trump. And in the doing they wound up torpedoing their own credibility as news organizations.

Now there is in fact a real crisis out there. One that has deadly consequences. And millions of Americans simply have no trust remaining in the liberal media. Their credibility has now crashed.

If this wasn’t such a serious situation, this would be knee-slap funny.

Jeffrey Lord, a former CNN contributor, is a columnist and author. He is a former associate political director in the Reagan White House. In his Washington career, he has served successively as a senior aide for a U.S. congressman and a U.S. senator, chief of staff for former Reagan cabinet member Drew Lewis in the 1984 Reagan-Bush campaign, and as an aide to HUD Secretary Jack Kemp. He writes at his website, TheJeffreyLord.com.