In its most dramatic move amid the COVID-19 outbreak, the State Department issued a blanket level four — the highest level possible — warning against international travel. The decision came as the disease, as of Thursday, has sickened nearly 228,000 people and has killed more than 9,600 people worldwide.

As airline companies across the globe cancel flights, many Americans who have yet to return risk the possibility of being stranded abroad.

“The Department of State advises U.S. citizens to avoid all international travel due to the global impact of COVID-19,” the department announced Thursday. “In countries where commercial departure options remain available, U.S. citizens who live in the United States should arrange for immediate return to the United States, unless they are prepared to remain abroad for an indefinite period.” 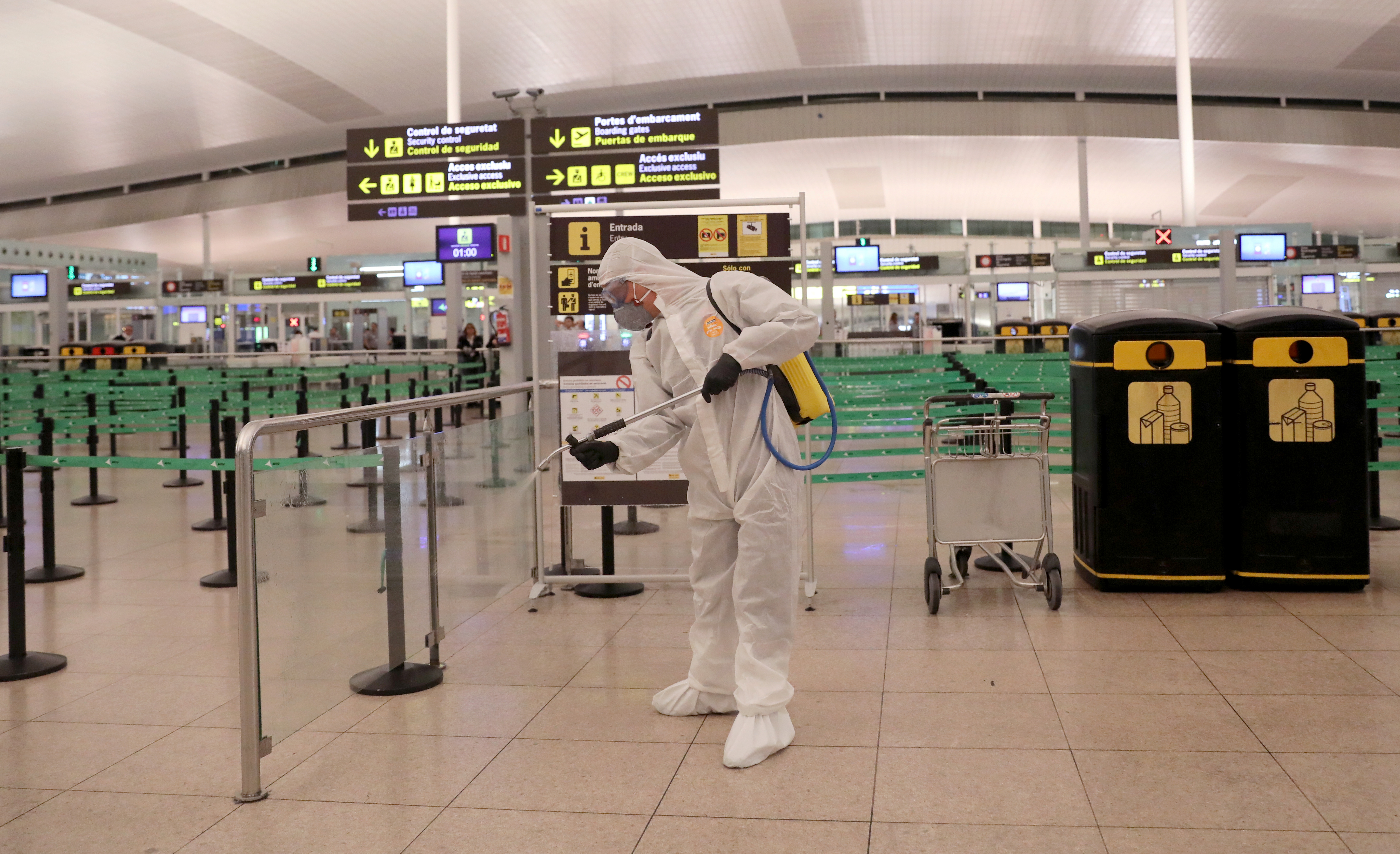 A member of the Military Emergency Unit (UME) disinfects the Josep Tarradellas Barcelona-El Prat Airport during a partial lockdown as part of a 15-day state of emergency to combat the coronavirus disease (COVID-19) outbreak in Barcelona, Spain March 19, 2020. REUTERS/Nacho Doce

The State Department warned that those who choose to travel internationally could be stranded outside the U.S. for an “indefinite” period of time. (RELATED: Trump Confirms He Is Shutting Off Southern Border To Illegal Aliens And Asylum Seekers)

The United States already moved to dramatically limit the flow of movement into the country. President Donald Trump announced the U.S.-Canada border would be closed to all non-essential traffic, and he pledged to ratchet up enforcement efforts at the southern border.

The State Department has temporarily suspended the U.S. Refugee Admissions Program, and on Wednesday the department announced it was suspending visa services across the globe.