Republican Colorado Rep. Ken Buck on Wednesday criticized President Donald Trump over the way he has been handling coronavirus, as the disease continues to spread throughout the U.S.

Buck, a longtime Trump ally and supporter, and Colorado Republican chairman, criticized the president in an interview with The Denver Post, saying there is a lack of leadership coming from the White House.

“We don’t have a leader. It was FDR who said, ‘The only thing we have to fear is fear itself.’ We need leaders to stand up and say we’re going to have a measured response,” Buck said. (RELATED: Rep. Ken Buck Challenges Joe Biden, Beto O’ Rourke To Come Take His AR-15 In His Office) 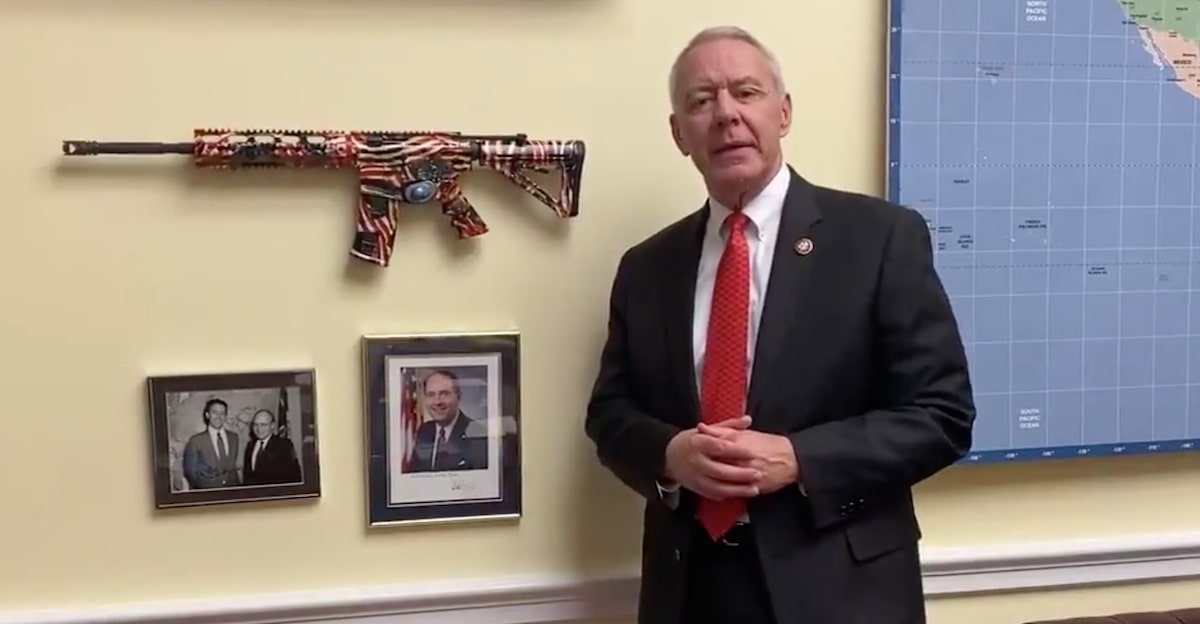 “I have no problem with (stopping) sporting events or things that don’t impact our civil liberties and don’t impact everyday life. Those are things that I think we can suspend for a period of time. But it’s just craziness to shut down businesses or parts of the economy that are absolutely necessary,” Buck also said in the interview.

On Thursday night, Buck spoke with Dan Caplis, a Colorado radio host about his remarks, saying “I think the president has acted in a very measured way and he has done his best to reassure Americans. My problem with lack of leadership is that there are so many messages from so many entities about what’s acceptable and what’s not,” Buck said.

“I’m not suggesting for a moment that the president or governor have lacked leadership or compassion. My problem is with the many conflicting rules from different leadership that are causing more panic,” Buck continued.

The GOP’s bill also includes specific provisions for disabled veterans, low-income seniors and individuals with no income tax liability with at least $2,500 in qualifying income, according to the Senate Finance Committee. There will also be a much smaller benefit, of $600, for millions without federal tax liability.

All of these things, Republicans believe will help Americans as the stock market continues to crash.

1
Senate Democrats Silent When Asked If They Would Consider Legislation Labeling Antifa A Terrorist Organization
Politics
2
Medical Journal Retracts Study Claiming Hydroxychloroquine Is Dangerous
Health
3
Keith Ellison's Son: 'We Are Going To Dismantle The Minneapolis Police Department'
US
4
Tucker Carlson Breaks Down Every Police Shooting Of Unarmed Black Suspects In 2019
Media
5
'If Anybody Needs To Be Fact-Checked, It's The Media': Kayleigh McEnany Unloads On Jim Acosta
Media