Here’s A List Of Some Of The Most Unusual Animals, Reptiles Available At A Typical Wuhan Wet Market
Christian Datoc and Henry Rodgers Contributor
March 22, 2020 2:22 PM ET
Font Size:

He is the first known United States senator to test positive. Paul notably had part of his lung removed in the fall of 2019. The surgery followed an altercation with his Kentucky neighbor back in 2017. He suffered pneumonia as a result of the incident.

Paul had been in close quarters with other Senate Republicans this past week while negotiating the third phase of the White House’s coronavirus stimulus plan.

I took a picture inside the Senate GOP lunch when the door was open Friday and saw Rand Paul seated next to other senators. He is visible in this photo. pic.twitter.com/4qwZo5YdBs

“He is feeling fine and is in quarantine,” his official account tweeted. “He is asymptomatic and was tested out of an abundance of caution due to his extensive travel and events. He was not aware of any direct contact with any infected person.” (RELATED: Trump Gives Ford, General Motors, Tesla ‘The Go Ahead’ To Mass Produce Coronavirus Ventilators) 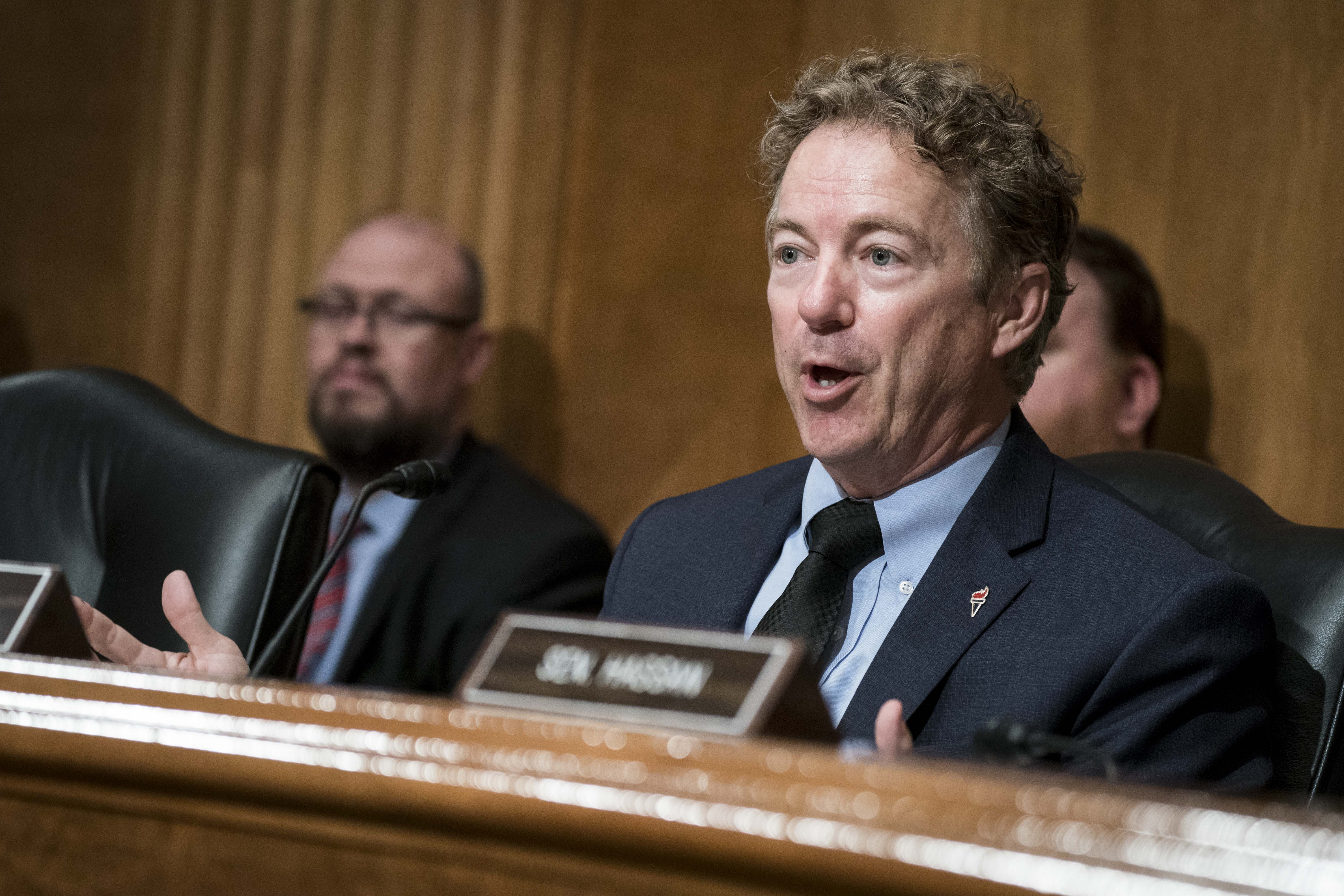 Paul’s office “began operating remotely, hence virtually no staff has had contact” with the senator, Paul’s communications director Sergio Gor told the Daily Caller. Gor said the senator is expected to return to the Senate after his quarantine period is over and will “continue working for the people of Kentucky.”

Senator Rand Paul has tested positive for COVID-19. He is feeling fine and is in quarantine. He is asymptomatic and was tested out of an abundance of caution due to his extensive travel and events. He was not aware of any direct contact with any infected person.

Paul was the only senator to vote against the $8 billion coronavirus funding bill first proposed by House Speaker Nancy Pelosi.

A staffer from Vice President Mike Pence’s office tested positive on Friday. Pence has subsequently been tested, and his results came back negative.

1
Fauci Says He 'Fully' Expects Schools To Reopen In The Fall As Coronavirus Is Brought 'Under Control'
US
2
WATCH: ABC’s Jon Karl Salutes Fauci — Fauci Fires Back With Finger Guns
Politics
3
The Coronavirus Pandemic Is Not Stopping Border Wall Construction
US
4
Senior Intel Officials Erupt Over Adam Schiff's Letter To Director Richard Grenell, Pressing Him Over ODNI Personnel Changes
Politics
5
Ellen DeGeneres Facing Backlash Over Quarantine Joke About It 'Like Being In Jail'
Entertainment