“Just know that people all over the place are working as hard as they possibly can to fight this hidden enemy and it’s going to take all of us, not only the local government, the cities like the mayor and state governments, the federal government, but it takes every one of our citizens as a part of this and we can’t stop it without them cooperating,” Hogan told NBC News’ “Meet the Press,” adding, “We’re going to keep fighting it 24 hours a day until we get it done.”

De Blasio, who has said President Donald Trump remains inactive on the COVID-19 response and needs to deploy the U.S. military to New York City, repeated that demand Sunday. “It’s not true that people everywhere are fighting with all they’ve got because our military is being sidelined and the White House is in denial. It’s just not true, governor. It’s just not true.” (RELATED: Ilhan Omar The Latest Trump Opponent To Praise President’s Leadership In The Coronavirus Crisis)

Hogan told de Blasio that the military was anything but sidelined. “We have military all over our state doing all kinds of great things like humanitarian missions … and building new hospital beds,” he said. Trump has invoked the Defense Protection Act to ensure private sector industry produces essential material to combat the coronavirus.

The governor suggested the mayor should talk to Democratic New York Gov. Andrew Cuomo who has praised the Trump administration’s evolving response to the coronavirus outbreak

“I have talked to him … Not everyone is doing everything they can do, governor. Let’s be honest about it,” de Blasio said. 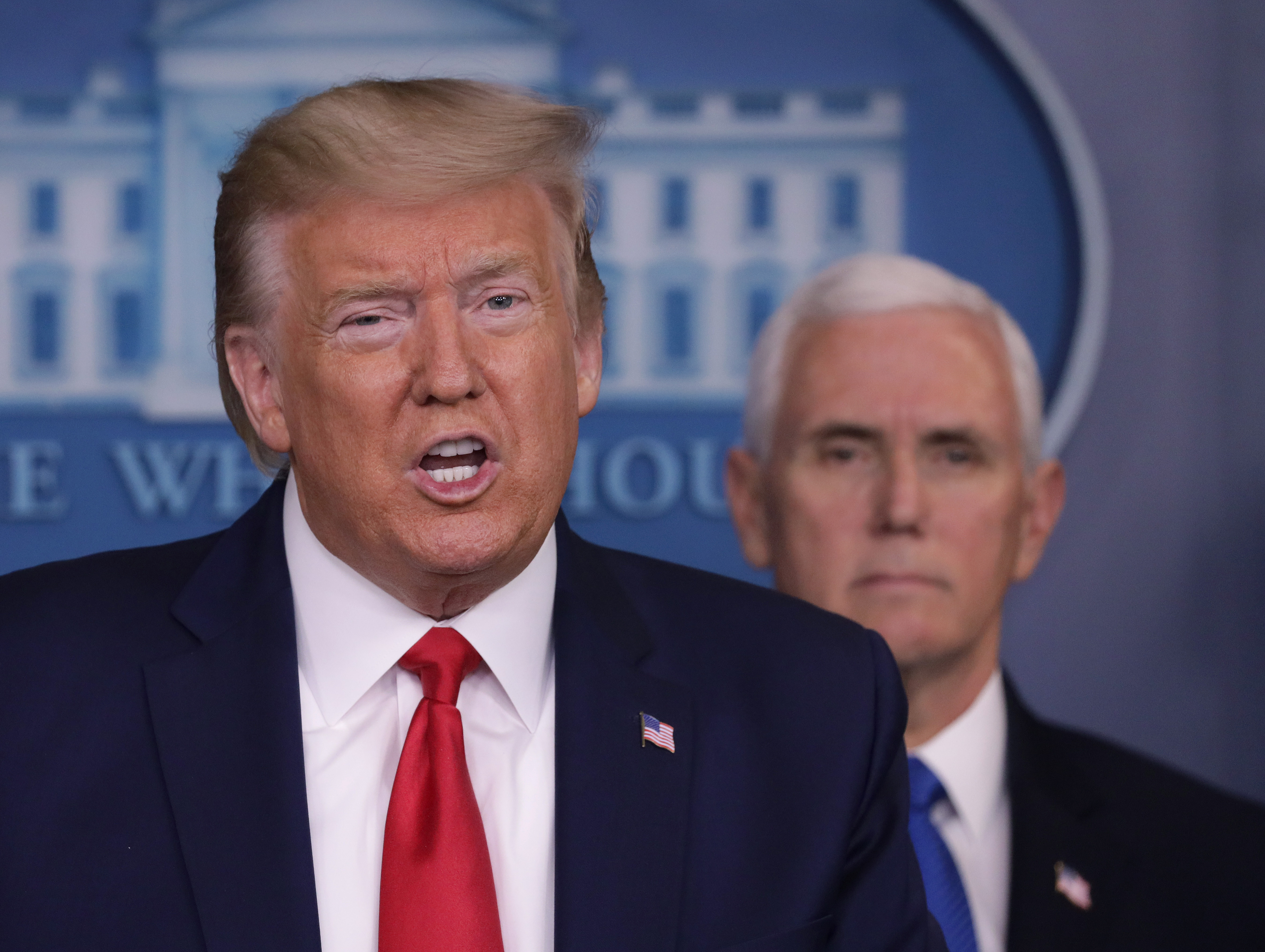 President Donald Trump is flanked by Vice President Mike Pence while speaking during a news briefing on the latest development of the coronavirus outbreak in the U.S. in the James Brady Press Briefing Room at the White House March 18, 2020 in Washington, DC. (Photo by Alex Wong/Getty Images)

Hogan emphasized the need to stop finding blame for the health crisis and to continue to work together. “Look, nobody knows where the end of this is or when the spikes are going to happen, but progress is going to be if we can somehow bend this curve downward,” he said. (RELATED: CNN’s Dana Bash Praises Trump On Air, But Instantly Clarifies On Twitter)

The governor acknowledged that the disease has “disrupted” everyone’s life. “It’s scary and I understand people out there are concerned about when is it going to look better …  It’s going to be a while. We don’t know how long or how bad it’s going to be, but it’s going to continue until we can get it stopped.”