Democratic Utah Rep. Ben McAdams on Sunday night said he has been hospitalized since Friday because of “severe shortness of breath,” after testing positive for coronavirus.

“I was admitted and have been receiving oxygen as I struggled to maintain my blood oxygen at appropriate levels. I am now off oxygen and feeling relatively better and expect to be released as soon as the doctor determines it is appropriate,” McAdams said in a statement on Twitter.

Thank you everyone for your well wishes. Here is an update on my health status.#utpol #covid19 #coronavirus pic.twitter.com/MrugvuupQq

Republican Kentucky Sen. Rand Paul announced Sunday that he tested positive and was the first known United States senator to test positive. Paul notably had part of his lung removed in the fall of 2019. The surgery followed an altercation with his Kentucky neighbor back in 2017. He suffered pneumonia as a result of the incident. (RELATED: Democratic Congressman Ben McAdams Tests Positive For Coronavirus) 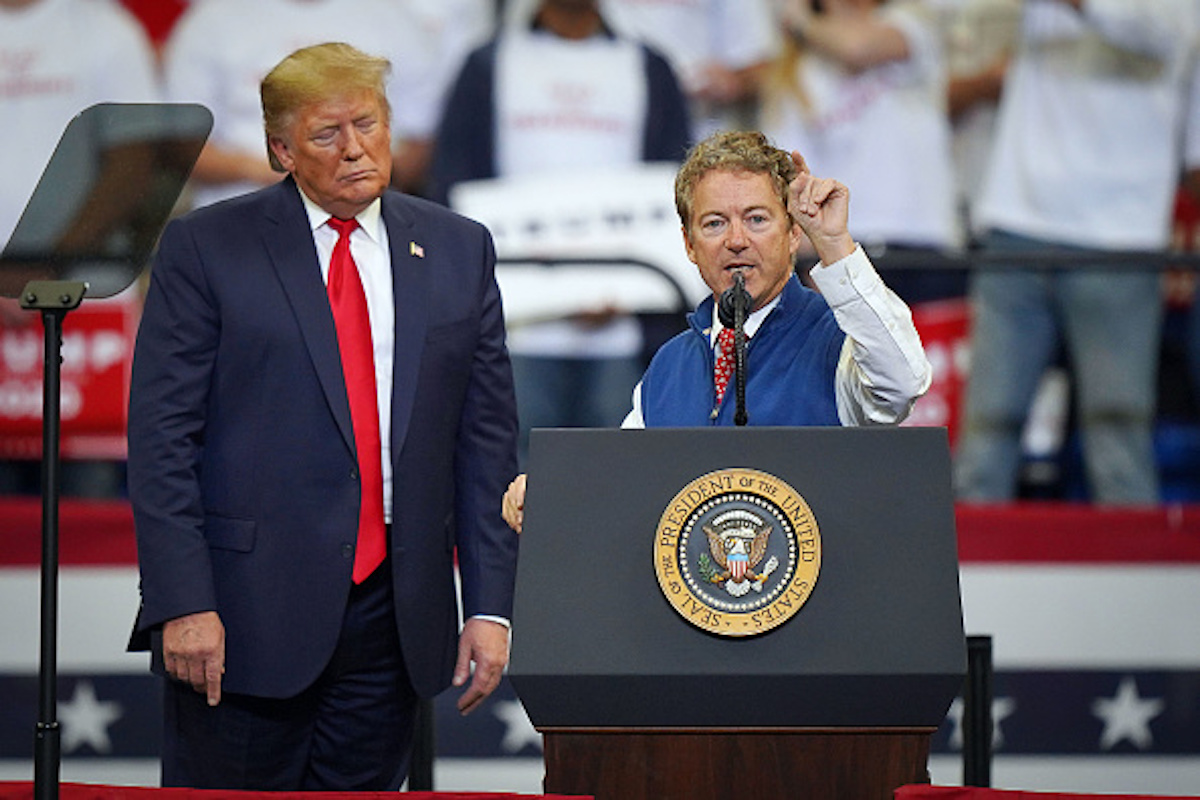 President Donald Trump looks on as Sen. Rand Paul (R-KY) speaks at a campaign rally at the Rupp Arena on November 4, 2019 in Lexington, Kentucky. (Photo by Bryan Woolston/Getty Images)

Republican South Dakota Sen. John Thune on Sunday said that anyone who was in contact with Paul should immediately contact their health providers, as the disease continues to spread through Congress. (RELATED: Sen. Thune Says Anyone In Contact With Sen. Paul Will Need To Consult Doctors)