Republican South Carolina Sen. Lindsey Graham on Monday said he would support the idea of voting from home as the coronavirus continues to spread throughout the U.S.

“I totally support the idea of remote voting so the Senate can continue to operate during this crisis. We should make this change before the Senate leaves town,” Graham said on Twitter. When Graham was asked by CNN about remote votes last week, he responded by saying “If it gets worse, yeah, but I think we’re fine.” Five Senators have since self-quarantined.

Republican Kentucky Sen. Rand Paul has also since tested positive for coronavirus. Paul is the first known United States senator to test positive. Paul notably had part of his lung removed in the fall of 2019. The surgery followed an altercation with his Kentucky neighbor back in 2017. He suffered pneumonia as a result of the incident. 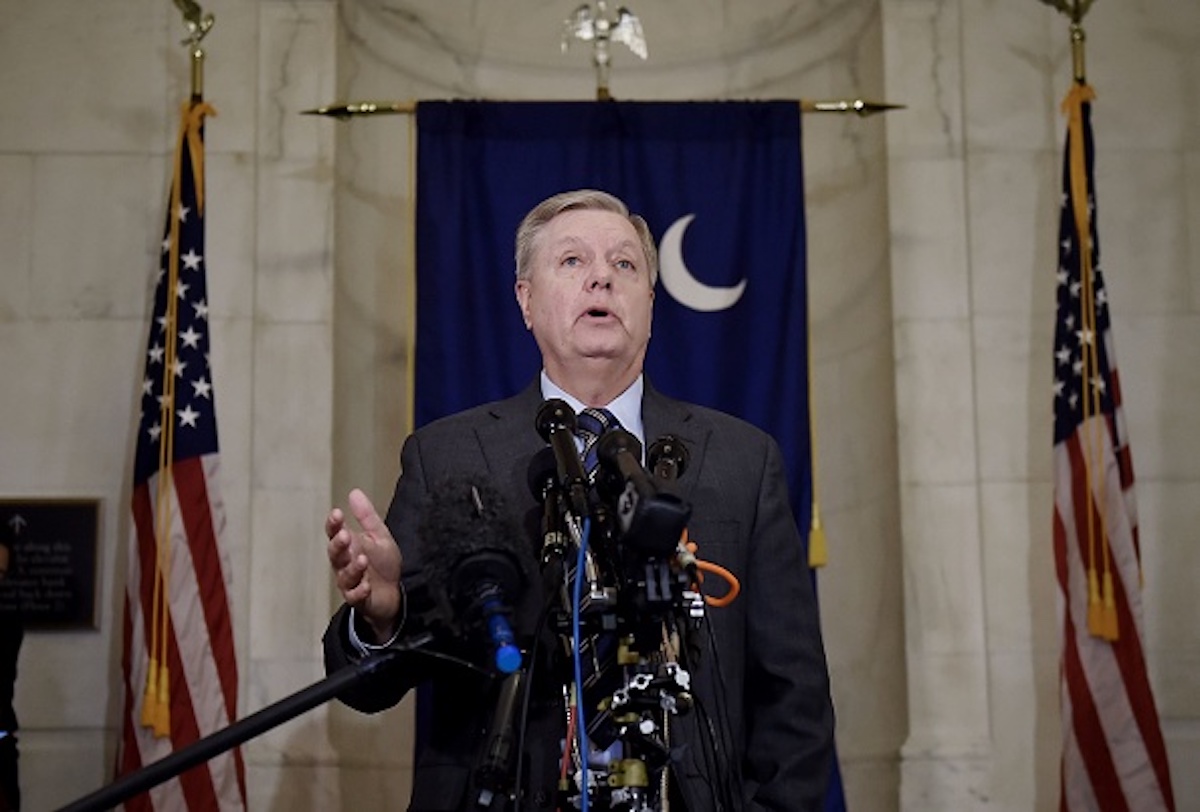 The two senators introduced the bi-partisan resolution “to Maintain Senate’s Constitutional Responsibilities & Allow Remote Voting During National Emergencies” which would allow senators to vote remotely, as the coronavirus continues to spread throughout the U.S.

“In times of a national emergency, the Senate must be able to convene and act expeditiously even if we can’t be together in person. It’s during times like this, when we have a pandemic affecting every corner of society and we are asking people to stay in their homes, that we should have the ability to convene the Senate and get our work done even if we can’t be in the Capitol,” Portman said in a statement.

“While I know there is resistance to changing a Senate tradition to allow for remote voting during national emergencies, I believe this is an important issue and worthy of robust discussion amongst our Senate colleagues,” he continued.

A number of members of Congress in both the House and the Senate have announced they are self-quarantining as coronavirus continues to spread throughout the U.S. (RELATED: Here Are All The Members Of Congress Who Have Self-Quarantined Due To Coronavirus)

“We live in an age where national emergencies, public health crises and terrorism can threaten the ordinary course of Senate business. We need to bring voting in the Senate into the 21st century so that our important work can continue even under extraordinary circumstances. Bob Dylan was right: ‘the times they are a-changin’,” Durbin said.

Graham took a test for coronavirus last Sunday, which came back negative.