The Senate again failed to pass a procedural cloture vote Monday on a phase-three coronavirus stimulus bill as there has been continued internal dispute between both parties.

The vote was 49-46. Republicans needed 60 yes votes to pass the vote. On Sunday night the Senate tried to pass a cloture vote but failed 47-47 as no Democrats would jump on board. Senate Majority Leader Mitch McConnell said Sunday that the bill would include $75 billion for hospitals and that two-thirds of all new money in the bill would go to states, however, this vote will likely end consideration of this bill.

McConnell also said, “it’s just about time to take yes for an answer.” Democrats have said the coronavirus bill lacks new SNAP funds and were reportedly pushing for expanded emergency leave provisions and more than three months of unemployment insurance.

Treasury Sec. Steve Mnuchin, who has been negotiating with members of Congress on behalf of the White House, was spotted entering Senate Minority Leader Chuck Schumer’s office, 20 minutes away from Sunday’s cloture vote. 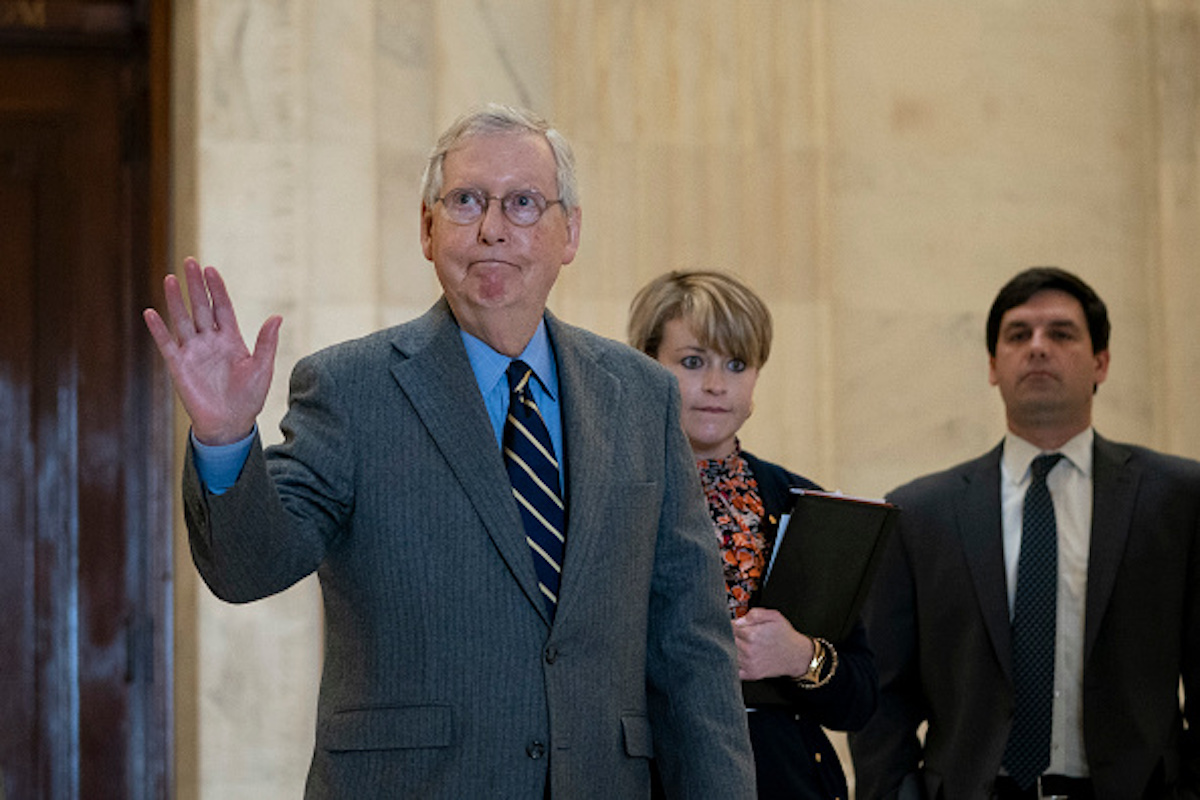 Trump signed an $8.3 billion funding bill last Friday to help fight coronavirus. That bill gives more than $3 billion for the research and development of vaccines. There is also $800 million for research for treatments. It also includes $2 billion for the Centers for Disease Control and Prevention (CDC) and $61 million to the U.S. Food and Drug Administration (FDA), according to Yahoo Finance. (RELATED: Senate Passes Coronavirus Spending Bill)