“It is time to put armed conflict on lock-down and focus together on the true fight of our lives,” he said according to AP. The world faces “a common enemy — COVID-19” which doesn’t care “about nationality or ethnicity, faction or faith.”

He said women, children, the disabled, marginalized and displaced and people caught in armed conflicts are the most vulnerable and “are also at the highest risk of suffering devastating losses from COVID-19,” AP reports. He called for the end of air strikes and other violent features of conflict in order to open windows for diplomacy.

“The fury of the virus illustrated the folly of war,” he said. “End the sickness of war and fight the disease that is ravaging our world,” he said. “It starts by stopping the fighting everywhere. Now. That is what our human family needs, now more than ever.”

Among the bloodiest conflicts in the world today is the conflict in Yemen, where Saudi Arabia has been warring with the Houthi rebels for 5 years with U.S. weapons support. Turkey and Syria also fought in Idlib in early March, where Turkish and Syrian troops were killed. The US and Taliban signed a peace agreement in late February after nearly two decades of war. 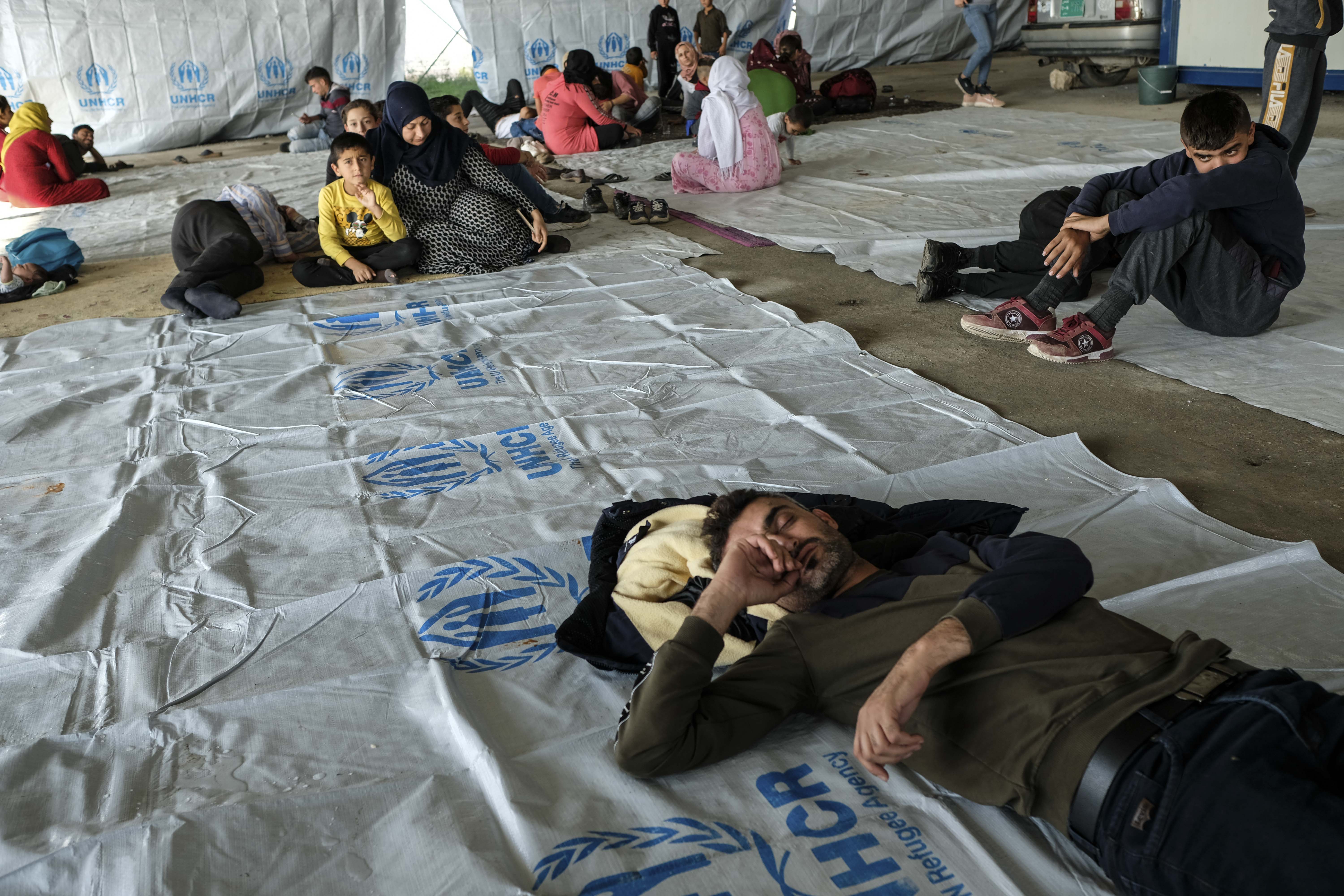 SHAILA, IRAQ – OCTOBER 20: Syrian Kurdish refugees fleeing the Turkish incursion into Rojava rest and receive food at a Refugee Welcoming Committee base on October 20, 2019 in Shaila, Iraq. The refugees were forced to flee the Turkish military offensive during a five day cease fire. (Photo by Byron Smith/Getty Images)

Guterres said that UN envoys in conflict areas would be talking to warring parties “to try to make sure that this global appeal is not only listened to but leads to concrete action, leads to a pause in fighting, creating the conditions for the response to COVID-19 to be much more effective,” the Associated Press reported.

The UN is preparing to issue a major funding appeal for more than $1.5 billion on Wednesday to prepare for outbreaks of the coronavirus in countries where people are particularly vulnerable, including Gaza, Myanmar, and Yemen, Foreign Policy reported. (RELATED: Trump Administration Suspends Refugee Program During Coronavirus Outbreak)