Immigration and Customs Enforcement (ICE) confirmed that a detainee under its custody tested positive for COVID-19, a revelation that will likely heighten calls for the agency to release its detainee population.

“A 31-year-old Mexican national in U.S. Immigration and Customs Enforcement custody at the Bergen County Jail in Hackensack, New Jersey, has tested positive for COVID-19,” the agency announced in a Tuesday press statement.

“The individual has been quarantined and is receiving care. Consistent with CDC guidelines, those who have come in contact with the individual have been cohorted and are being monitored for symptoms,” ICE continued, adding that it’s suspending intake at the Bergen County facility until more information is made available.

The Mexican national’s test results came after a correctional officer at that same facility tested positive for coronavirus, suggesting the detainee contracted the disease from the employee. 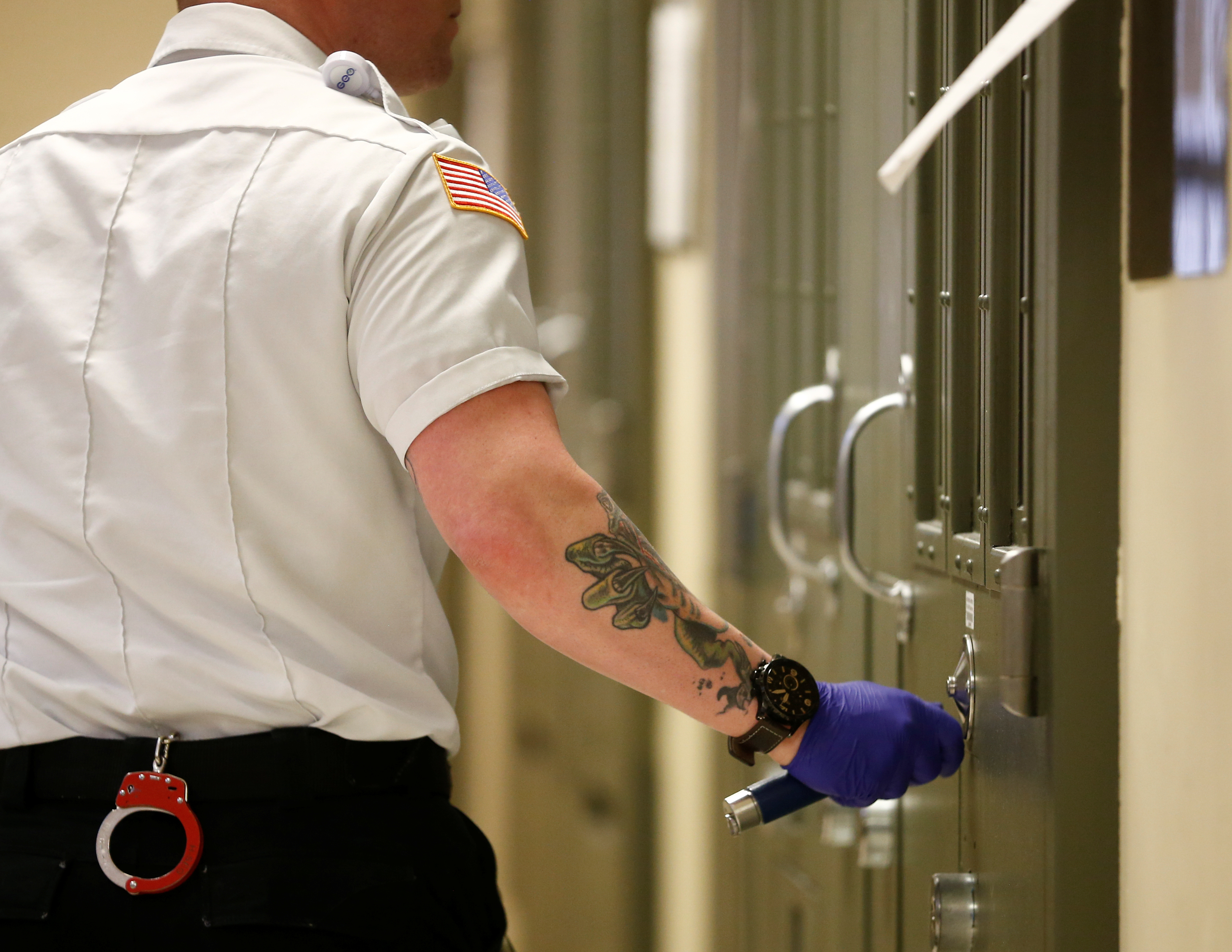 An officer uses an device to electronically log that special management cells have been visually checked during a media tour at Northwest ICE Processing Center, one of 31 dedicated ICE facilities that house immigration detainees, in Tacoma, Washington, U.S. December 16, 2019. REUTERS/Lindsey Wasson

Sheriff Anthony Cureton also confirmed the positive coronavirus case among the jail population, and he has initiated a lockdown protocol for the Bergen County Jail.

Since the outbreak of COVID-19 in the United States, Democrats and immigrant-rights groups have called on the Department of Homeland Security (DHS) to release its detained immigrant population.

Five House Democrats on Monday delivered a letter to DHS acting Secretary Chad Wolf, asking that he “release as many immigrants as possible from detention.” A separate group of Democratic lawmakers on Friday also sent a letter to DHS, asking that there be a freeze on all immigration enforcement measures during the COVID-19 crisis.

A judge earlier this month shot down a demand by the American Civil Liberties Union (ACLU) to release a group of aliens in ICE custody that, the ACLU said, were more susceptible to COVID-19 because of underlying medical conditions.

Illegal aliens under ICE custody can be placed into private facilities or local jails that also hold ICE detainees, and all are provided medical care when needed. (RELATED: ‘Remain In Mexico’ Hearings Delayed Due To Coronavirus Pandemic)

The detainee who carries the virus is only one of the roughly 37,000 aliens in ICE custody across the country.