Maryland will host three voting locations for its special election on April 28 despite a previous decision to accept ballots by mail only in an attempt to counter the spread of the coronavirus, sources told the Daily Caller.

Kimberly Klacik, the Republican candidate for Maryland’s 7th district, which was vacated after the death of Rep. Elijah Cummings, told the Caller that her campaign and the campaign of her opponent, former Democratic Rep. Kweisi Mfume, were notified of the changes Monday during a conference call with the Maryland Board of Elections. She said the board attributed the decision to concerns over the ability of handicapped voters to cast their ballots via mail. Mfume’s campaign, she said, supported the changes. (RELATED: INTERACTIVE: This Map Shows How Many Have Died From COVID-19 In Each State)

“I just want a fair election,” Klacik told the Caller. “And if mail-in only is safer, that’s great too.”

The Maryland Board of Elections and Mfume campaign did not respond for comment.

Klacik said the board told her campaign there would be three voting locations for the special election — one in each jurisdiction of the district: Baltimore City, Baltimore County, and Howard County. She went public with the information Monday morning via Twitter, expressing safety concerns about overcrowding amidst the coronavirus, while also claiming that voters could potentially mail a ballot before casting a second ballot at one of the three voting locations.

Yesterday, my campaign was notified that the April 28th Special Election is now both mail in & allows in person. This creates confusion, compromises the integrity of the election & could deter people from voting. I will not sit quietly, #VotesMatter.https://t.co/sDJbWLtWbr pic.twitter.com/Abk9V0u5DS

“You literally can drop off a ballot vote on the way there,” she told the Caller.

Maryland Gov. Larry Hogan announced on March 17 that the state would be moving its April 28 primary to June 2, while changing the 7th district Special Election to a mail-in only election. Maryland currently has four coronavirus-related deaths and more than 300 confirmed cases. Hogan ordered all nonessential businesses to close Monday.

Klacik said she suspects foul motives in the decision to reopen the three polling locations, noting that Republicans tend to mail-in ballots more than Democrats in the district. Her campaign is threatening to take legal action if the government follows through with the changes.

“When they said it was mail-in, I was rejoicing,” Klacik told the Caller. “[Democrats] wouldn’t be able to bus people to the polls. This is as fair as it gets.” (RELATED: Maryland Democrats Advance Tax Hikes And Expensive Education Plan Despite Coronavirus Pandemic)

Klacik gained national attention in the summer of 2019, when her tweets and Fox and Friends appearance detailing the abundance of trash in Baltimore caught the attention of President Donald Trump, sparking a national cleanup effort. She’s the founder of “Potential Me” — a workforce development nonprofit that helps disadvantaged women reenter the workforce and become financially independent.

Mfume, who won a crowded Democratic special primary in February, represented the district from 1987 to 1996 and was chairman of the Congressional Black Caucus from 1993 to 1995. He resigned from Congress to accept a job as the head of the NAACP, then being succeeded by Cummings, who served in the seat until his death in October. Mfume resigned as president and CEO of the NAACP in 2004 amid allegations of sexual harassment, mismanagement, and nepotism. (RELATED: ‘They Had Things In There That Were Terrible’: Trump Slams Pelosi’s Coronavirus Bill)

The winner of the special election will serve the remainder of Cummings’ term, which ends in January, meaning they will have to begin campaigning again for the November election.

Maryland’s district drawings have sparked national attention and calls for action by Hogan due to what Republicans claim to be partisan gerrymandering. A Maryland redistricting case recently made its way up to the Supreme Court, which ruled in 2019 that courts should not be involved in gerrymandering. 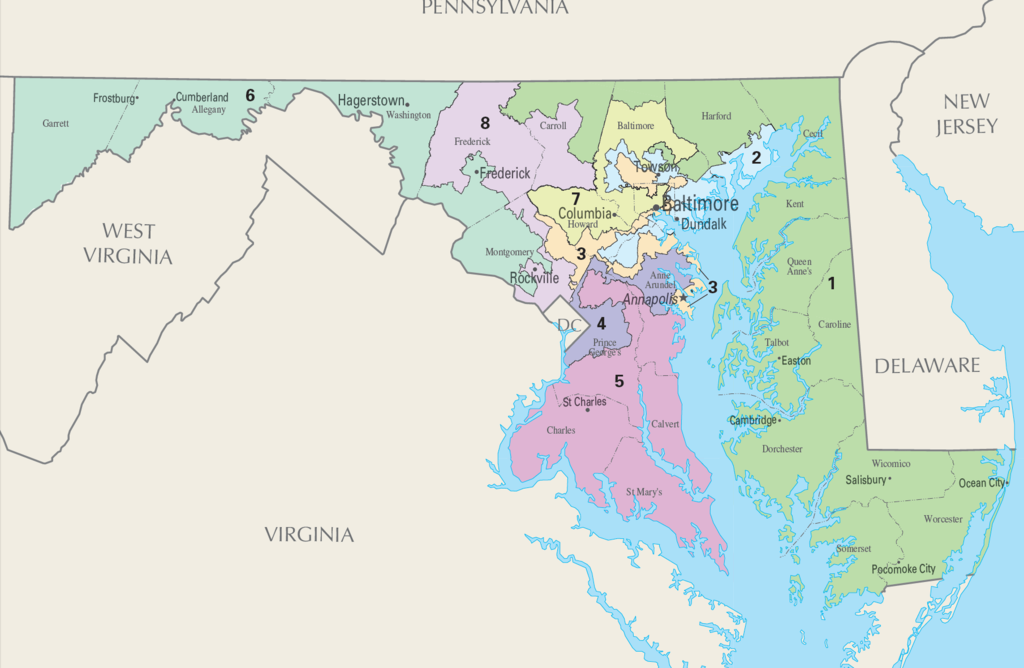