A federal judge on Tuesday slapped down Michael Cohen’s attempts to get out of jail early because of the coronavirus threat, saying it was time for the former Trump lawyer to “accept the consequences of his criminal convictions.”

“That Cohen would seek to single himself out for release to home confinement appears to be just another effort to inject himself into the news cycle,” Judge William H. Pauley wrote in a two-page ruling.

Cohen, who is serving a three-year prison sentence at a federal prison in Otisville, New York, has filed motions seeking to reduce his sentence to just 12 months.

Cohen was sentenced on Dec. 12, 2018, on charges of bank fraud and tax evasion stemming from an investigation in the Southern District of New York. He also pleaded guilty in the special counsel’s probe to lying to Congress about his negotiations to build a Trump Tower in Moscow.

Cohen has tried multiple times to reduce his jail time. His lawyers have argued that Pauley did not fully credit Cohen for assistance he provided prosecutors in New York related to investigations of the Trump Organization. (RELATED: Michael Avenatti Is In A Rat-Infested Jail Cell And Hasn’t Shaved In Weeks) 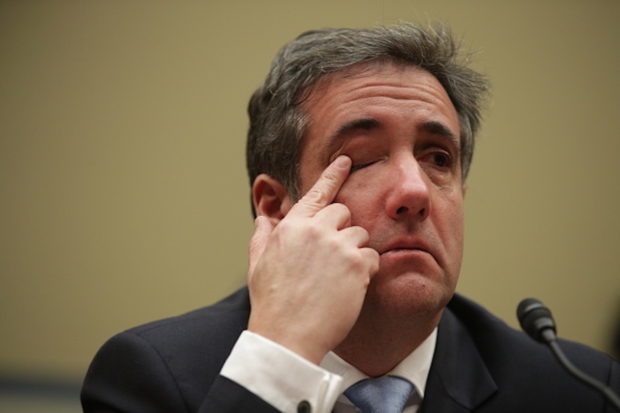 Prosecutors have said that Cohen did not cooperate as extensively as much as he claims. Pauley appeared to side with the government.

“Unable to articulate how he advanced any investigation or prosecution, Cohen and his surrogates make extravagant allegations that the Department of Justice — from the Attorney General down to line prosecutors — acted in bad faith,” the judge wrote.

“Ten months into his prison term, it’s time that Cohen accept the consequences of his criminal convictions for serious crimes that had far reaching institutional harms,” Pauley added.