Here’s A List Of Some Of The Most Unusual Animals, Reptiles Available At A Typical Wuhan Wet Market
Marlo Safi Contributor
March 24, 2020 12:12 PM ET
Font Size:

Liberty University President Jerry Falwell Jr. invited students back to their campus dorms and directed faculty members to report to campus despite nearly all classes being moved online, the Richmond Times-Dispatch reported Monday.

It is not yet clear how many Liberty University students will be returning to their Lynchburg, Virginia, campus as colleges across the country have closed due to the coronavirus outbreak.

In a Sunday night interview, Falwell said more than 5,000 students are expected to live in campus dorms, where they can continue classes online.

“I think we have a responsibility to our students — who paid to be here, who want to be here, who love it here — to give them the ability to be with their friends, to continue their studies, enjoy the room and board they’ve already paid for and to not interrupt their college life,” Falwell said.

Professors will be expected to hold office hours unless they have a valid health exemption, the Richmond Times-Dispatch reported, prompting an English professor at the university to write about her disagreement with Falwell for the Religious News Service.

“Jerry Falwell, Jr. is about to make a terrible mistake,” Marybeth David Baggett wrote. “As a Liberty faculty member, I have been told that my colleagues and I must conduct our classes from our offices, even though that instruction is now being delivered virtually. We are also expected to hold office hours and welcome students for face-to-face interaction.”

Liberty University and @JerryFalwellJr are about to allow students back on campus to live in dorms. It’s time for the school board to stop him, writes a Liberty professorhttps://t.co/4ECVlyRQT4

Earlier this month, Falwell suggested on “Fox & Friends” that the coronavirus outbreak was orchestrated by North Korea and China to sabotage the president, according to the Hill. 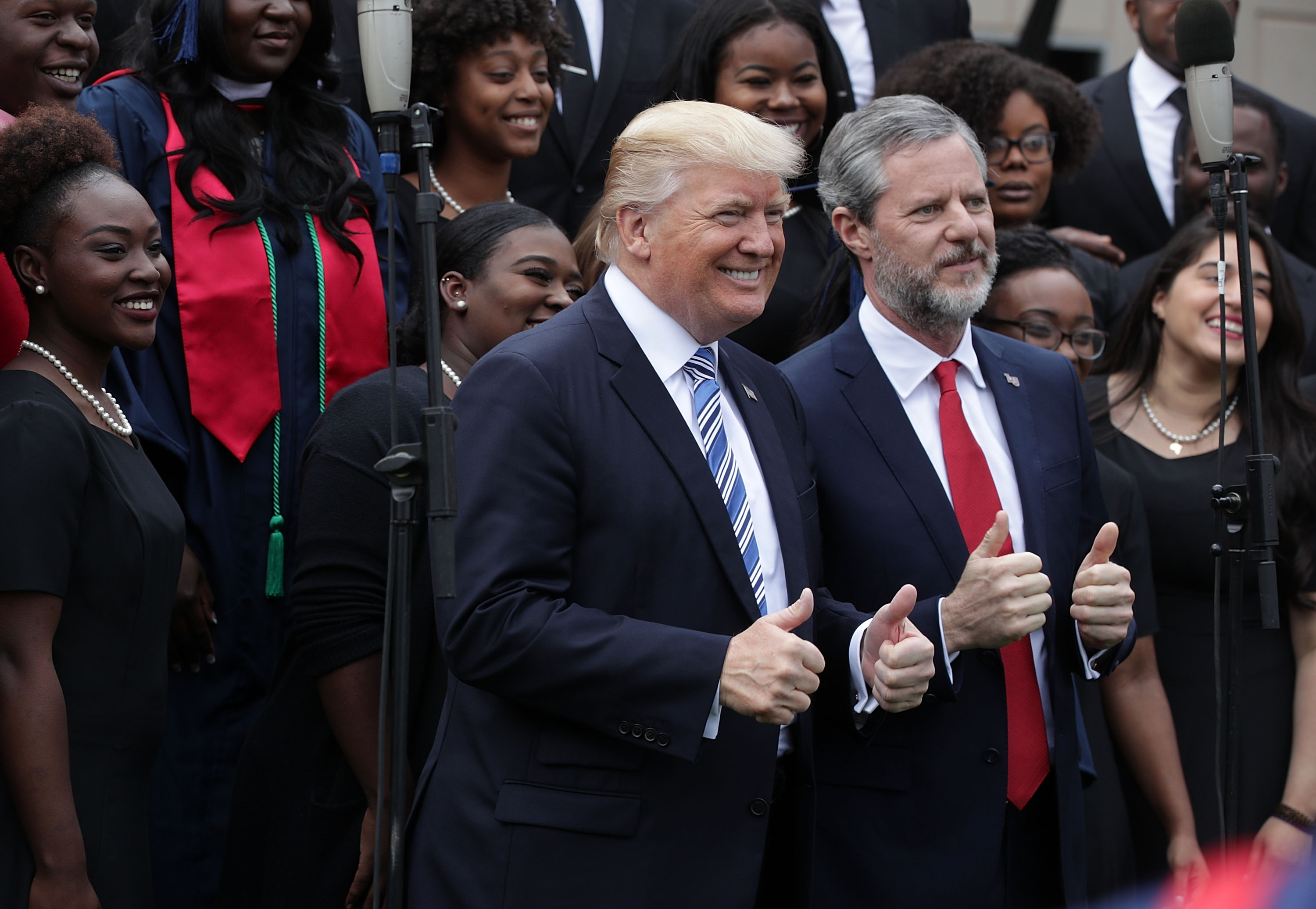 Virginia colleges, including University of Virginia and George Mason University, moved classes online earlier this month for the remainder of the semester. Democratic Gov. Ralph Northam also ordered all K-12 schools in the state, both public and private, to close Monday for the remainder of the school year. (RELATED: Northam Closes Virginia Schools For The Rest Of The Year, Shuts Down Nonessential Businesses)

The coronavirus continues to spread in Virginia, where there were 259 cases as of Monday, according to Virginia news station WSLS.

1
Here's How This Pro-Beijing Outlet Made It Into The White House Coronavirus Press Briefing
US
2
WATCH: ABC’s Jon Karl Salutes Fauci — Fauci Fires Back With Finger Guns
Politics
3
The Coronavirus Pandemic Is Not Stopping Border Wall Construction
US
4
Fauci Says He 'Fully' Expects Schools To Reopen In The Fall As Coronavirus Is Brought 'Under Control'
US
5
Chinese Markets Reopen — And They Still Sell Bats, Dogs And Cats
World