Canadian Prime Minister Justin Trudeau confirmed that President Donald Trump is considering sending U.S. troops to the northern border and urged him not to do it Thursday.

Trump was rumored to be considering the move Thursday morning in an effort to stop non-essential travel between the two countries. Trump and Trudeau had already established an agreement to close the border to non-essential travel, but Trump has sought to step up enforcement, the Minneapolis Star Tribune reported.

“What we have said is, ‘We really do not believe at all that there would be a public health justification for you to take this action,'” said Canadian Deputy Prime Minister Chrystia Freeland. “And we have said ‘We really don’t think is the right way to treat a trusted friend and military ally.'” (RELATED: REPORT: Trudeau Government Wanted Unaccountable Taxation Powers In Coronavirus Bill) 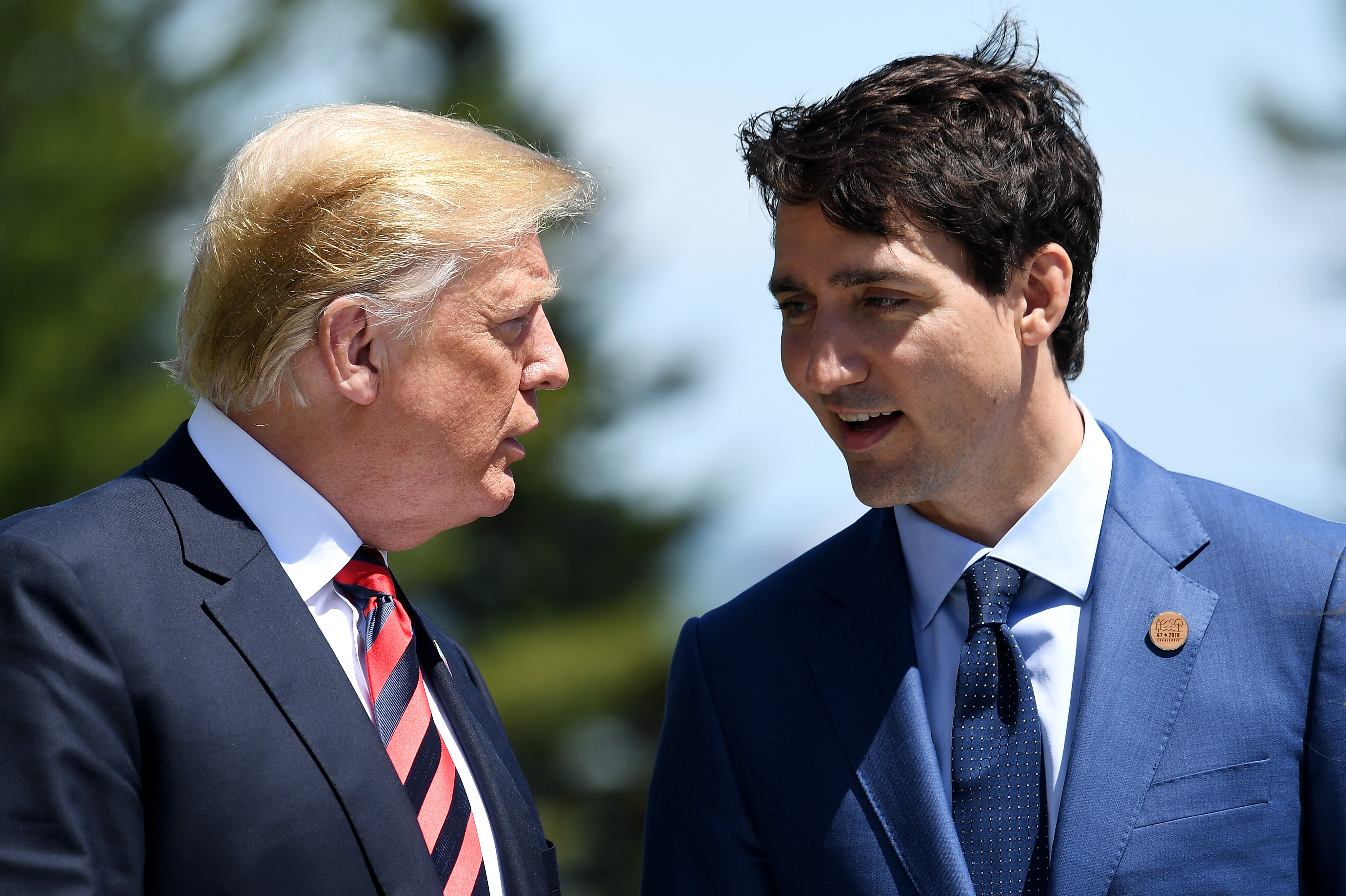 QUEBEC CITY, QC – JUNE 08: Prime Minister of Canada Justin Trudeau (R) speaks with U.S. President Donald Trump during the G7 official welcome at Le Manoir Richelieu on day one of the G7 meeting on June 8, 2018 in Quebec City, Canada. Canada will host the leaders of the UK, Italy, the US, France, Germany and Japan for the two day summit, in the town of La Malbaie. (Photo by Leon Neal/Getty Images)

Trudeau announced last week that his administration would begin sending illegal border crossers back to the United States. The Trump administration has not confirmed whether it plans to militarize the border amid the coronavirus.

Gen. James McConville, chief of staff of the U.S. Army, told reporters the Army has not been called upon for anything at the Canadian border as of Thursday.

Freeland says Trudeau’s administration is urging Trump “very directly and very forcefully” not to make the move, calling it “entirely unnecessary,” according to the Tribune.

The U.S.-Canada spat comes as countries across the world adopt more strict border policies in an effort to curb the coronavirus.