A New York Times reporter wrote an analysis Wednesday on whether networks should cover White House coronavirus press briefings live because of the threat of misinformation, but included a misleading story about President Donald Trump in the process.

Media reporter Michael Grynbaum wrote that Trump has “repeatedly delivered information that doctors and public health officials have called ill informed, misleading or downright wrong.” Grynbaum cited a story about an Arizona man who died Monday after allegedly consuming “a form of chloroquine, a drug that Mr. Trump has promoted on the air” with his wife.

The analysis article links to an AZ Central article that notes the Arizona man did not, in fact, ingest what Trump said could possibly help with the novel coronavirus. The man and his wife “ingested the additive found in fish tank cleaners,” according to the article.

Axios walked back its suggestion Tuesday after originally pushing the idea that Trump mentioned the same drug ingested by the couple. The wife has alleged that they got the idea from Trump, but the president did not tell people to self-medicate. (RELATED: Media Backtracks After It Turns Out Dead Man Didn’t Take Drug Trump Touted — But Fish Tank Cleaner)

Still, the NYT pushed fake news by suggesting that the man essentially died because of the president’s words.

“Banner Health spokesperson Alexis Kramer-Ainza told The Arizona Republic on Tuesday that chloroquine and chloroquine phosphate have the same active ingredient but were formulated and created differently,” according to AZ Central. “The couple did not ingest any prescribed medication or drug form of chloroquine phosphate, Kramer-Ainza told The Republic Tuesday. They ingested the additive found in fish tank cleaners, she said.” 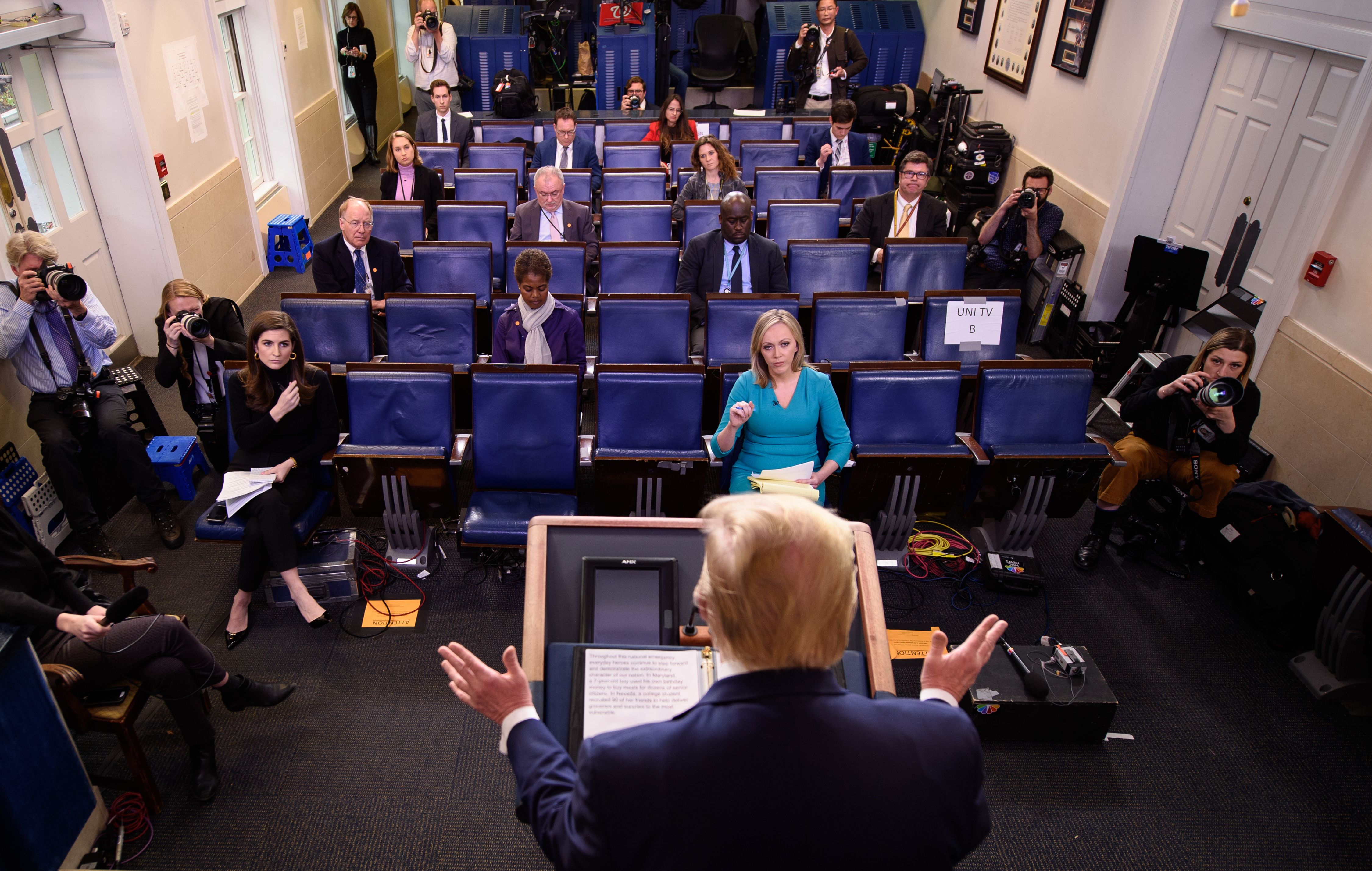 US President Donald Trump speaks during the daily briefing on the novel coronavirus, COVID-19, in the Brady Briefing Room at the White House on March 25, 2020, in Washington, DC. (MANDEL NGAN/AFP via Getty Images)

The president has said that chloroquine, which is approved by the Food and Drug Administration to treat rheumatoid arthritis, lupus and malaria, could be a treatment for the novel coronavirus. The FDA has not approved this yet. The couple drank a form of chloroquine used in fish tanks, not a prescribed approved medication.

Despite pushing its own misinformation, the NYT article highlights Trump’s instances of misleading comments.

The NYT did not respond to a request for comment.