This week’s dumb national debate has been about when to reopen our economy. To date, our strategy on the coronavirus has been to shut down pretty much everything and stay home. President Donald Trump said he hopes to reopen our economy by Easter. Those who oppose anything the president says are therefore adamantly opposed to reopening our economy. What about the 80% of Americans who are tired of the battles dominating our politics between those who defend Trump at all costs and those who attack Trump at all costs?

The reality is this debate is not about Trump at all, nor is it only about health and medicine. Over three million people filed for unemployment benefits last week. That’s the highest monthly number ever recorded. That sort of loss — especially if it continues — can cause massive harm to America for months or even years. The government responded with a $2 trillion relief package, but there is no magic. That relief bill will hurt us in many ways, and it won’t help if we stay closed for too long. (RELATED: Here’s What Is Reportedly In The $2 Trillion Emergency Relief Package For Coronavirus)

What we need is a debate about how much risk we, as a society, are willing to take and how many lives we are willing to risk to get our economy going again. But to have this debate, we need more information. We just don’t have enough information yet. That’s why it’s dumb. Neither side, at this point in time, has any clue what they are talking about. 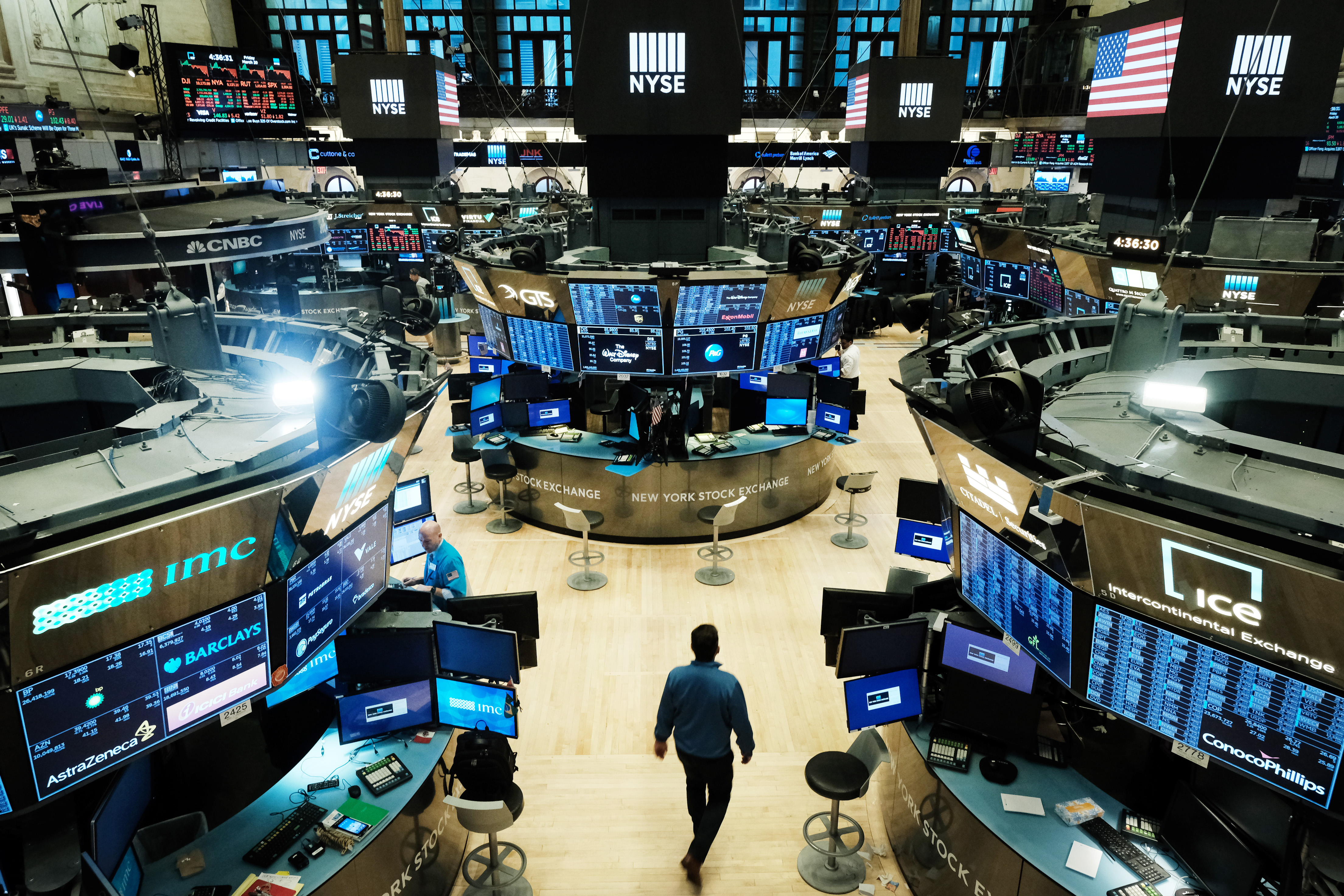 Traders work on the floor of the New York Stock Exchange (NYSE) on March 20, 2020 in New York City.(Photo by Spencer Platt/Getty Images)

We first need better information about the actual health risk. On one extreme, even the most ardent “let’s open the country” proponent would agree we should stay closed for as long as needed if we believed the virus could wipe out half our population. On the other extreme, if the risk to the general population becomes really low, we need to stop harming our country and reopen the economy as fast as possible. The problem is we don’t really know yet. Only 21,000 have died worldwide to date, and only 1,000 in the U.S. Those numbers are tiny compared with other causes of death. But those numbers have been growing exponentially. We don’t yet know where they will go. The current plan has already become a cliche. We have to “flatten the curve.” The goal here — often unstated — is to slow the growth enough that hospitals are not overwhelmed, relief supplies and medicines can be produced and we can make progress on treatments and, ultimately, vaccines. But we don’t yet know how much time is needed. (RELATED: Trump Sends Letter To Governors Laying Out Plan To Potentially Relax Coronavirus Guidelines)

Whether it starts in three weeks or eight weeks, we need a new plan for the second stage of our response. The success of this second stage will largely depend on the bravery and patriotism of our fellow citizens. As we debate our options, it’s important to remember the sacrifices and bravery of those who came before us. (RELATED: The Senate Will Not Vote Again Until April 20)

The day he turned 18, in the wake of the Japanese attack on Pearl Harbor, George H.W. Bush volunteered for the Navy. He had just graduated from Phillips Andover, then and now one of America’s most elite boarding schools. Bush went on to become one of America’s youngest wartime pilots, getting shot down in service to his country. Bush did not wait for a draft. He volunteered for dangerous service to protect his country. 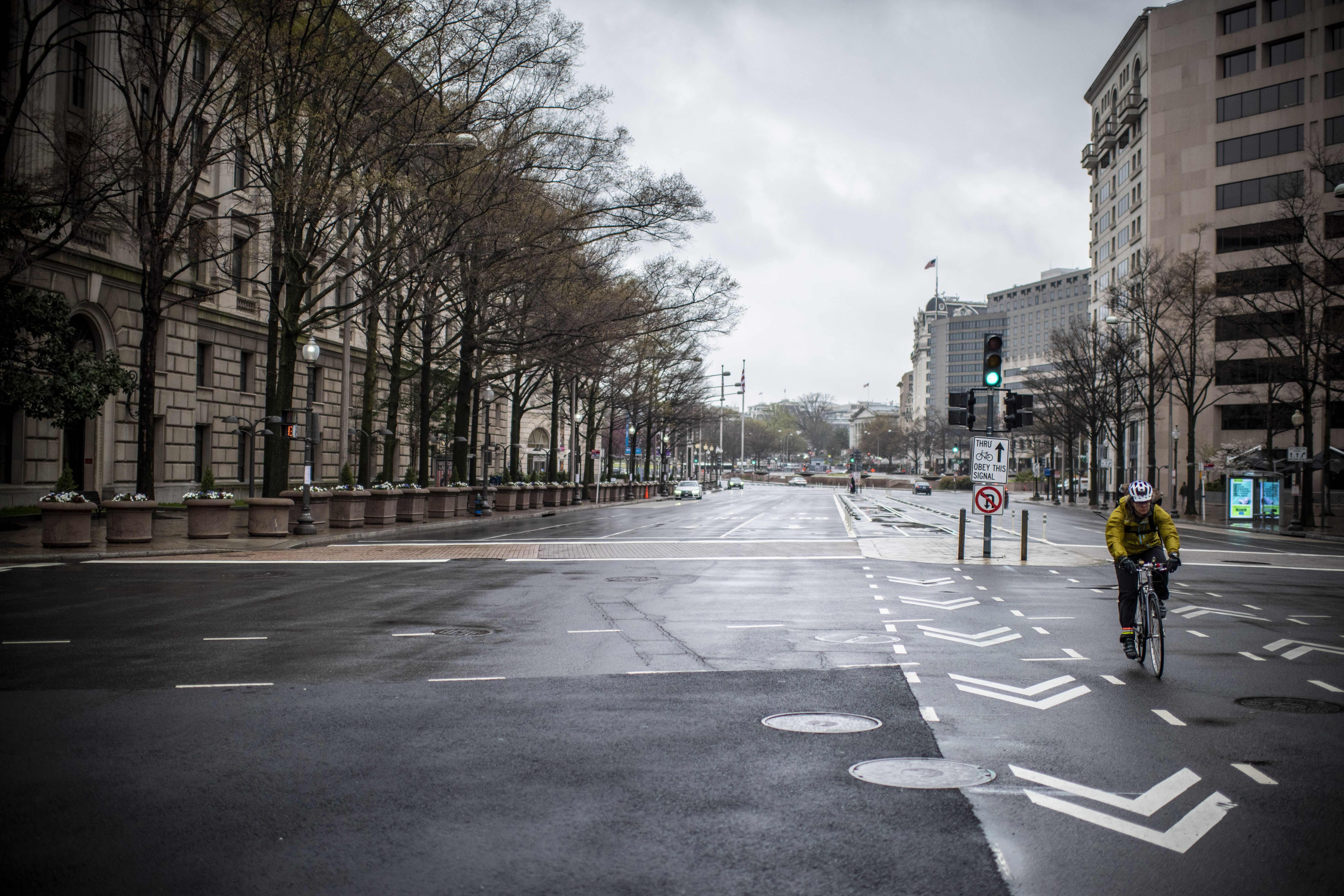 Pennsylvania avenue is almost deserted by traffic during the 6pm usual rush hour in Washington on March 25, 2020.(Photo by ERIC BARADAT/AFP via Getty Images)

As we enter a new period of turmoil in our country, it’s worth asking how many children from elite families in places like Greenwich, Connecticut, graduating from top boarding schools would choose to follow a course like Bush’s today. It’s hard to imagine many. But maybe that’s wrong. Maybe our country can still step up. This is our chance to find out.

Luckily, we don’t have to ask our young and healthy people to go to war. We just have to go to work. In all likelihood, once we do this, many of us will get the virus, and the vast majority will survive. Cold as it may seem, numbers do matter. We are willing to live with death as a society. If we were not, we would be paralyzed at all times. If the mortality rate for the young and healthy is low enough — and we still need medical advice on that — we need to get to work to put a program in place to protect our older and sick countrymen. This last group, sadly, will have to sacrifice the most. Until we get a vaccine, they will likely need to continue to shelter and isolate. Most can take care of themselves with the help of friends and family. Some can’t. We can’t just abandon those people. We are going to need a system in place to care for them and protect them. Creating a system like this is a great opportunity for our country. It’s a chance for some level of national renewal. It’s a chance for younger Americans to give back to our great country. Older Americans have certainly sacrificed for us. Now we need to do all we can for them. How about a new volunteer program where young, healthy people pick up food and medicine for older neighbors (wearing gloves, of course)? Good things can grow out of horrible situations. Let’s start thinking about how best to do that.