President Donald Trump said during Thursday’s White House coronavirus task force briefing that he has twice used the Defense Production Act during the coronavirus pandemic but then “withdrew it” because “we don’t need it.”

His comments appeared to clarify a disconnect between his own rhetoric and statements made by Federal Emergency Management Agency administrator Peter Gaynor in recent days.

“I talked about the Defense Production Act a lot,” POTUS said Thursday in response to a question in the White House’s Brady Briefing room. “I can enact it with a pen.”

“We have actually used it on two minor occasions and then withdrew it,” he continued. “But for the most part, the companies, we don’t need it. We say we need this, and they say, ‘don’t bother we’re going to do it.'”

Gaynor told multiple outlets Sunday that Trump had not yet activated DPA, prompting POTUS to tweet that he had given several car companies the “go ahead” to begin producing coronavirus ventilators. Shortly after the tweet, a senior FEMA official told Daily Caller the agency was overseeing the car companies’ production under DPA.

On Tuesday, Gaynor reversed course, saying during a CNN interview that the president had used DPA to oversee the production of 60,000 coronavirus testing kits.

Still, Trump has repeatedly stated in recent days that he does not need to leverage DPA, as private companies keep stepping forward to voluntarily produce medical equipment needed to fight the pandemic. 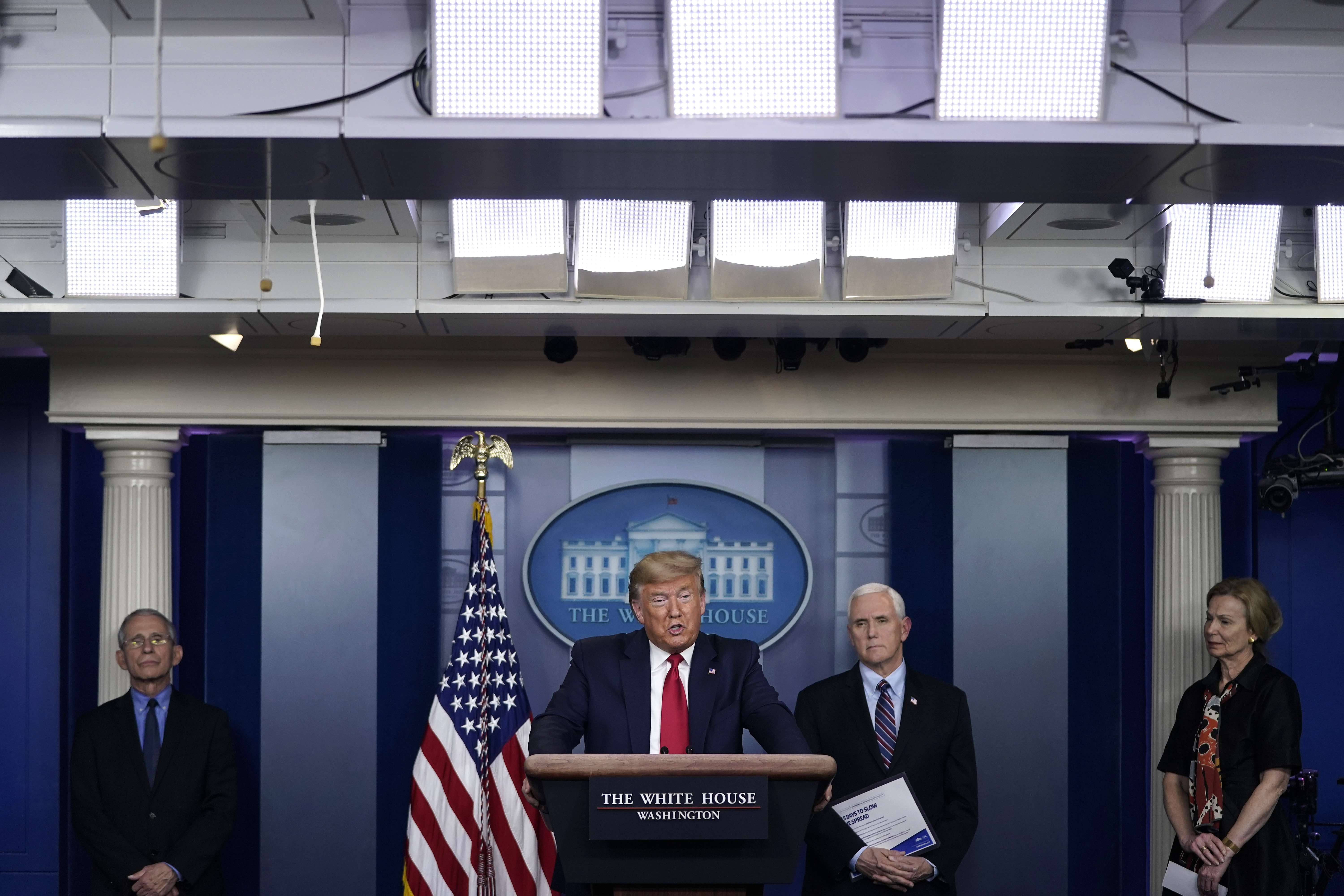 WASHINGTON, DC – MARCH 26: U.S. President Donald Trump speaks as National Institute of Allergy and Infectious Diseases Director Anthony Fauci, Vice President Mike Pence, and White House coronavirus response coordinator Deborah Birx listen during a briefing on the coronavirus pandemic in the press briefing room of the White House on March 26, 2020 in Washington, DC. The U.S. House of Representatives is scheduled to vote Friday on the $2 trillion stimulus package to combat the effects of the COVID-19 pandemic. (Photo by Drew Angerer/Getty Images)

New York Governor Andrew Cuomo also said Wednesday that Trump “and his team I think are using the DPA well because it’s basically a leverage tool when you are dealing with private companies.” (RELATED:New York Gov. Andrew Cuomo Thanks Trump For ‘Cooperation,’ Says President Is Using Defense Production Act ‘Well’)

He had previously criticized Trump for not utilizing DPA to replenish New York City’s ventilator stockpile, as the region is the epicenter of the coronavirus outbreak in the country.

Trump explained his hesitance to use DPA again Thursday, noting that private companies working with the federal government, including Ford, General Motors, and 3m, “don’t need somebody to walk over there with a hammer and say do it.”

“The Defense Production Act is a wonderful thing, but I just haven’t had to use it,” he continued. “They know it’s activated. They know I can use it. Maybe that frightens them a little bit.”