A coalition of immigrant rights groups is urging the Supreme Court to reject the Trump administration’s attempt to undo Deferred Action for Childhood Arrivals (DACA).

Representatives from Make the Road New York, National Immigration Law Center, and others argued that the coronavirus pandemic was an example of why so-called “dreamers” are needed in the U.S. because many of them work in the health care industry.

“The public health crisis now confronting our nation illuminates the depth of those interests as borne by employers, civil society, state and local governments, and communities across the country, and especially by healthcare providers,” the joint statement read in a letter delivered to justices on Friday.

It continued: “Furthermore, it throws into sharp relief DACA recipients’ important contributions to the country and the significant adverse consequences of eliminating their ability to live and work without fear of imminent deportation.” 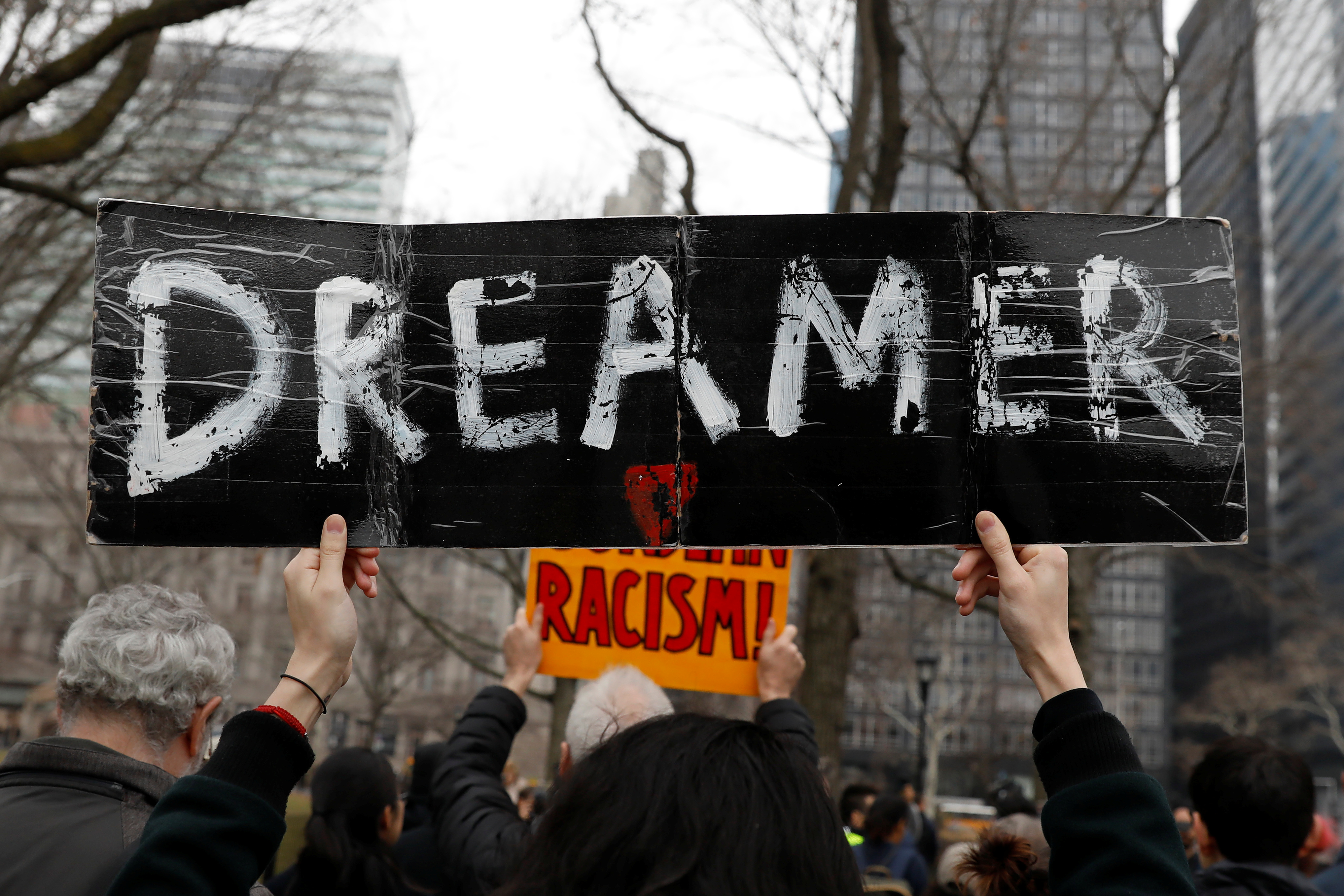 Activists and DACA recipients march up Broadway during the start of their ‘Walk to Stay Home,’ a five-day 250-mile walk from New York to Washington D.C., to demand that Congress pass a Clean Dream Act, in Manhattan, New York, U.S., February 15, 2018. REUTERS/Shannon Stapleton

DACA is an Obama-era amnesty initiative that protects illegal aliens from deportation if they entered the U.S. at a young age.

Once suggesting that he did not have the authority to implement such a law unilaterally, former President Barack Obama changed course and signed the DACA executive order in 2012, which has allowed hundreds of thousands of young migrants who entered the U.S. illegally to be shielded from removal.

While DACA does not afford recipients permanent legal status, the program has given young illegal migrants the ability to work in the United States and obtain driver’s licenses.

Then-Attorney General Jeff Sessions declared in 2017 that the executive order was unconstitutional and would be rescinded. However, a federal appeals court upheld a nationwide injunction against the Trump administration in November 2018, and the battle over DACA’s fate has since reached the nation’s highest court. (RELATED: Mexican Protesters Block Border Traffic, Tell Americans To ‘Stay At Home’)

In welcome news for the Trump administration, a majority of members of the Supreme Court appeared ready to affirm Trump’s decision to nix the program during oral arguments in November 2019.

In their letter to justices on Friday, advocates said that roughly 27,000 DACA recipients work in health care — including nurses, dentists, pharmacists, physician assistants, and other workers, and around another 200 are medical students, physicians and residents.

“Termination of DACA during this national emergency would be catastrophic,” the advocates said.