A preliminary study released Friday found that blood serum from people who recovered from coronavirus was effective at treating critically ill patients, raising hope that the technique will curtail a pandemic that has already killed more than 30,000 people around the globe.

The study, published in the Journal of the American Medical Association, looked at only five patients, and the authors of the report acknowledged the need for more extensive research. But it showed promising results, and health officials have already expressed optimism that blood transfers can be used to fight the new coronavirus strain.

“That’s one of our top priorities,” Dr. Anthony Fauci, the U.S. government’s top expert on infectious disease, said in a March 20 interview regarding clinical trials for convalescent serum.

Fauci expressed confidence in the technique because it has proved effective during other pandemics, including the Spanish flu outbreak in 1918 and the SARS outbreak in 2003.

All five patients in the study, conducted in Shenzhen, China, have dramatically improved since receiving injections of blood plasma from recovered patients.

The patients, who ranged in age from 36 to 65, were all on ventilators suffering from acute respiratory distress syndrome (ARDS) when the were provided plasma treatments.

Body temperatures normalized within three days for four out of the five patients following plasma transfusions, according to the study. ARDS in four of the patients cleared up within 12 days of the transfusion. (RELATED: This Map Shows How Many Have Died From COVID-19 In Each State)

Three of the patients were taken off of ventilators within two weeks of the treatment. Viral loads also decreased in the patients, and their scores on a test that gauges potential organ failure showed improvements. 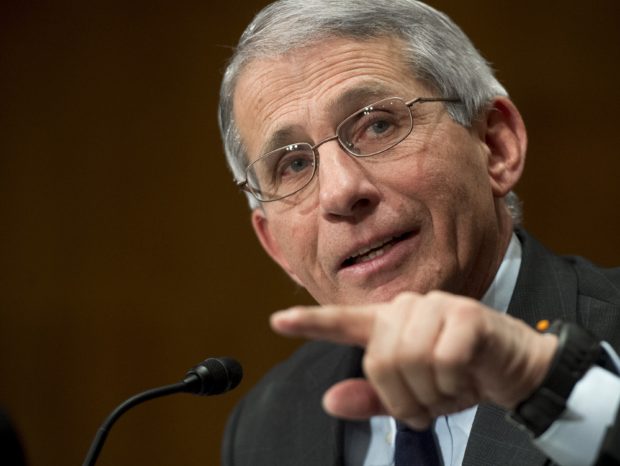 Three of the five patients have been discharged from the hospital after spending between 51 and 55 days there. The two other patients are in stable condition, the study said.

“These preliminary findings raise the possibility that convalescent plasma transfusion may be helpful in the treatment of critically ill patients with COVID-19 and ARDS, but this approach requires evaluation in randomized clinical trials,” reads the study.

The use of convalescent serum has proved effective in previous pandemics.

“It’s really sort of a throwback,” Dr. Peter Hotez, the dean of the school of tropical medicine at the Baylor College of Medicine, told The Daily Caller News Foundation on March 17.

He said convalescent serum was used during the 1918 Spanish flu pandemic. The technique involves isolating antibodies in the blood of recovered patients and administering it either as a treatment to virus carriers, or as a preventative measure.

The study authors pointed to a study of 50 SARS patients that found a positive link between the use of convalescent serum and quicker hospital discharge rates. None of the patients in that study who received plasma transfusions died, while patients in the control group who did not receive the treatment had a mortality rate of nearly 24%.

A study of 93 patients during the H1N1 outbreak in 2009 also showed promising results. Twenty percent of patients treated with plasma in that study died, a rate that was far lower than the 55 percent died without the treatment.