Among registered voters, Biden leads Trump 49% to 47% in the most recent ABC News/Washington Post poll, well within the statistical margin of error of 3.5 points. The 2% represents a significant upsurge from the poll’s February gap of 7% — Biden’s 52% to Trump’s 45% — and comes at a time of positive polling regarding the president’s handling of the coronavirus pandemic.

Although Biden still enjoys a statistical lead over Trump, the so-called “enthusiasm gap” in the poll favors the incumbent president. Currently, 86% of registered voters already declared for Trump are enthusiastic about their support, compared with 74% of Biden supporters. 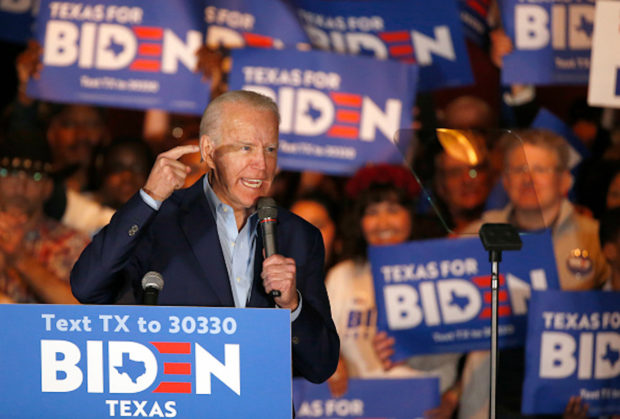 Trump saw a 14-point upsurge in support from white women without college degrees, a group that had been turning away from the president of late. In another bit of good news for the incumbent president, 15% of those currently supporting Independent Vermont Sen. Bernie Sanders say they will support Trump in November.

The Post also noted that the enthusiasm deficit is potentially “worrisome” for Biden given the fact that Mitt Romney, John McCain and John Kerry all trailed their presidential opponents in enthusiasm at this point in the 2004, 2008 and 2012 elections. (RELATED: Brit Hume Describes A Coronavirus Scenario That Could Be ‘Quite Good News’ For President Trump)

The poll found 57% of Americans approving and only 38% disapproving of how Trump is handling the economy, despite the temporary coronavirus-related shutdowns.

Meanwhile, the latest ABC News/Washington Post presidential approval poll, released Friday, showed the president with 48% approval and 46% disapproval, the first net-positive ever for that particular poll.