Trump, speaking to reporters in the White House Rose Garden, said that in recent days the task force had reviewed its models and can now predict that the United States could expect to see a peak in coronavirus deaths in two weeks, and that he did not want to prematurely end the social distancing on April 12 as he previously stated.

“By June 1 we’ll be well on our way to recovery,” Trump added. “We have the best medical minds in the world tackling this disease.” 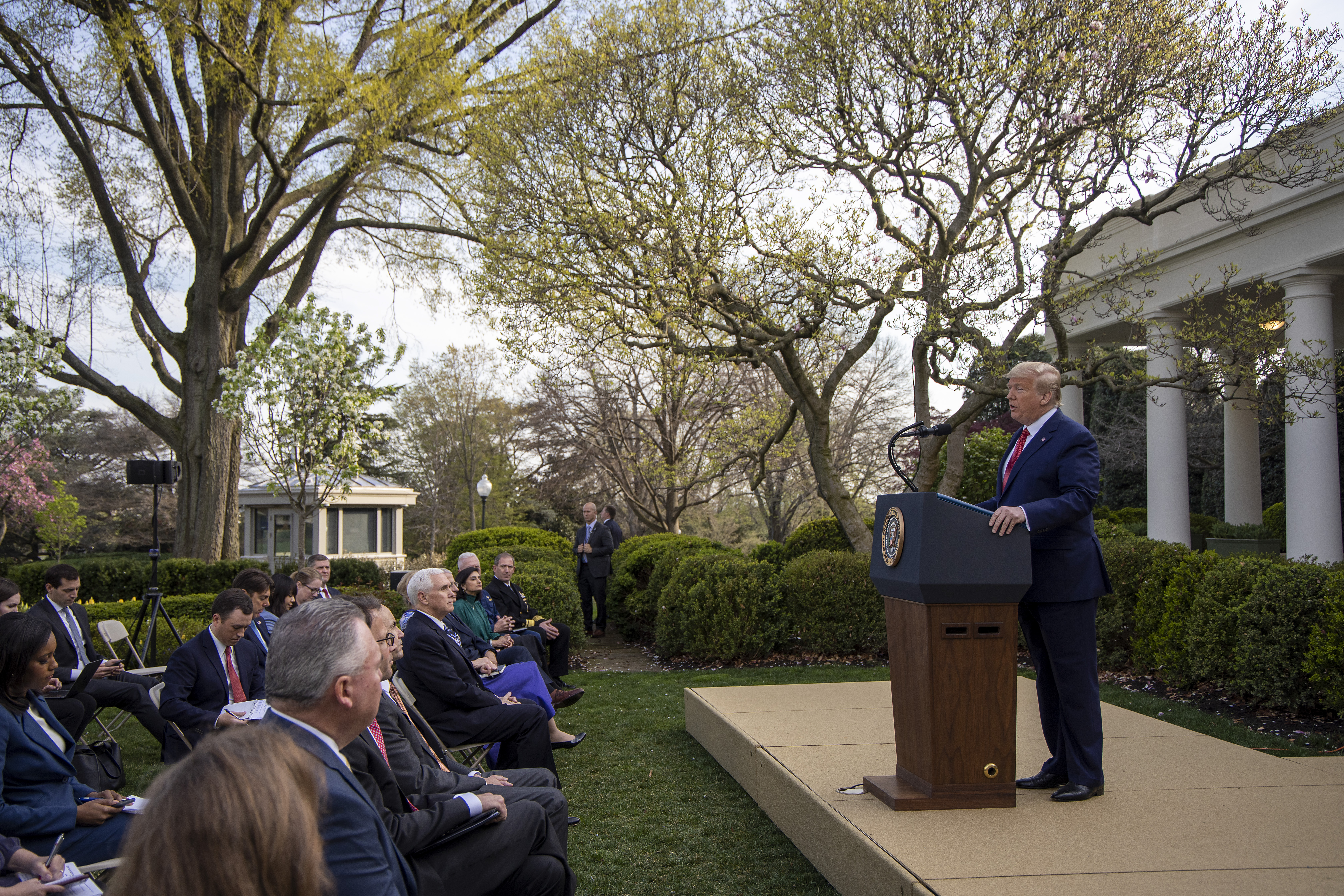 WASHINGTON, DC – MARCH 29: U.S. President Donald Trump speaks in the Rose Garden for the daily coronavirus briefing at the White House on March 29, 2020 in Washington, DC. The United States is advising residents of New York, New Jersey and Connecticut not to travel domestically after the number of reported coronavirus (COVID-19) deaths doubled to over 2,000 nationwide within two days. (Photo by Tasos Katopodis/Getty Images)

“We will win and when we do we will rebound with astonishing force and speed, we will be stronger than ever and we will have learned so much so something like this can never hurt us to the extent it has.” (RELATED: Expert Gives Tips On How To Protect Your Finances During The Coronavirus Pandemic)

“The mitigation we are doing right now is having” a positive impact, Dr. Anthony Fauci added later in the briefing. “The decision to not prolong but extend this mitigation process until the end of April was a wise and prudent decision”

Dr. Deborah Birx also stated that the task force “reviewed 12 different models and then we went back to the drawing board.”

Trump stated that Fauci and Birx’s report would be summarized and released to the public on Tuesday.