A British national was charged for allegedly shipping mislabeled drugs into the United States that purportedly treated illnesses for COVID-19, the latest example of fake coronavirus medicine emanating from the United Kingdom.

Frank Richard Ludlow, a 59-year-old resident of West Sussex, United Kingdom, was named in a federal complaint Wednesday, and charged with one count of introducing mislabeled drugs into interstate commerce, according to a press release by Immigration and Customs Enforcement (ICE). Ludlow’s felony offense carries a potential sentence of three years in federal prison.

“Hucksters who hawk ‘treatments’ for this deadly disease put consumers’ lives at risk by peddling unapproved drugs,” said Nick Hanna, a U.S. attorney for the Central District of California.

Hanna continued: “We are aggressively investigating all types of criminal activity associated with the current health emergency, and anyone attempting to cheat the public during this time will face severe penalties.” 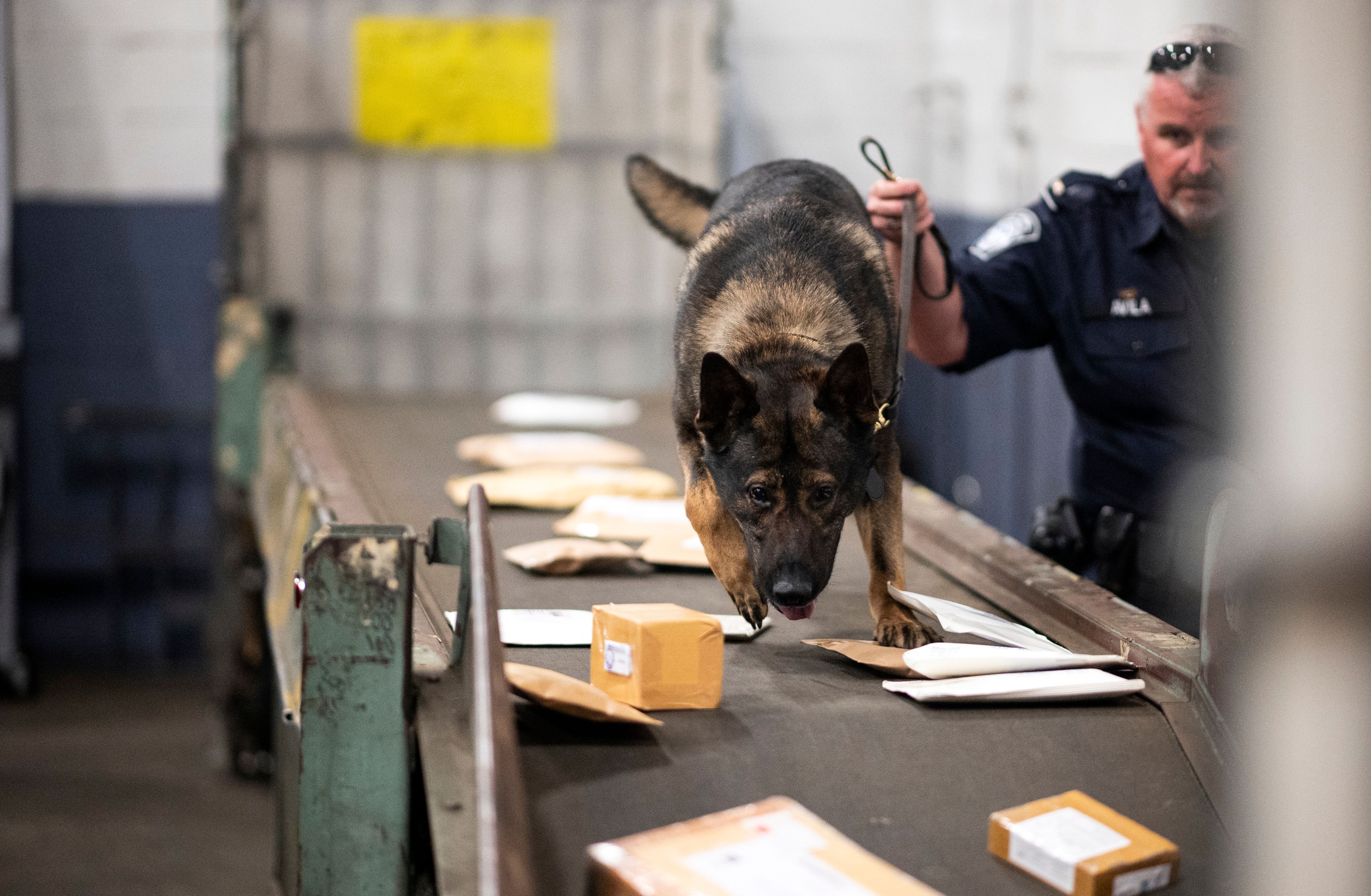 An officer from the Customs and Border Protection, Trade and Cargo Division works with a dog to check parcels at John F. Kennedy Airport’s US Postal Service facility on June 24, 2019 in New York. (Photo by Johannes EISELE / AFP) (Photo by JOHANNES EISELE/AFP via Getty Images)

Beginning on March 1, according to the complaint, Ludlow repackaged “Trinity Remedy” kits and rebranded them as “Trinity COVID-19 SARS Antipathogenic Treatment” kits. Ludlow is not a doctor, and the U.S. Food and Drug Administration had not approved these kits to treat coronavirus.

The 59-year-old allegedly smuggled the bogus kits from the UK to California and Utah via mislabeled parcels.

The “cure,” which was labeled as “Trinity Mind, Body, & Soul,” allegedly included vitamin C, potassium thiocyanate, an enzyme mix, and also hydrogen peroxide. Customers were instructed to add 18 ounces of water, recite a prayer, consume half the solution, ingest a probiotic with bee pollen, and then consume the rest of the solution.

Health authorities have cautioned that there is no specific vaccine or other medical treatment for coronavirus. Additionally, new drugs cannot be legally introduced into interstate commerce without first obtained FDA approval.

“Drugs and medical devices are strictly regulated in order to protect the American consumer,” David A. Prince, Special Agent in Charge for HSI Los Angeles, said in a statement. “Individuals who circumvent those regulations potentially expose patients to unsafe products that could cause serious harm. HSI will continue to target those whose actions put the health and safety of our citizens at risk.” (RELATED: Dems Ask That Public Charge Rule Not Apply To Immigrant Coronavirus Treatment — It Already Doesn’t)

British law enforcement charged Ludlow with violating drug laws on March 23, and he is in U.K. custody.

The case was investigated by ICE’s Homeland Security Investigations unit, the Los Angeles and the FDA’s Office of Criminal Investigations, and received assistance from Customs and Border Protection (CBP) and the U.S. Postal Inspection Service.

This is not the first instance of purportedly fake COVID-19 medicine being smuggled into the United States from the United Kingdom.