China has been appointed to an influential United Nations Human Rights Council panel — despite the Communist regime having a long history of violating human rights and persecuting religious groups.

Jiang Duan, China’s representative at the Geneva UN mission, will be part of the UN Human Rights Council’s Consultative Group and will be the Asia-Pacific advisor for the body, Fox News reported Saturday. 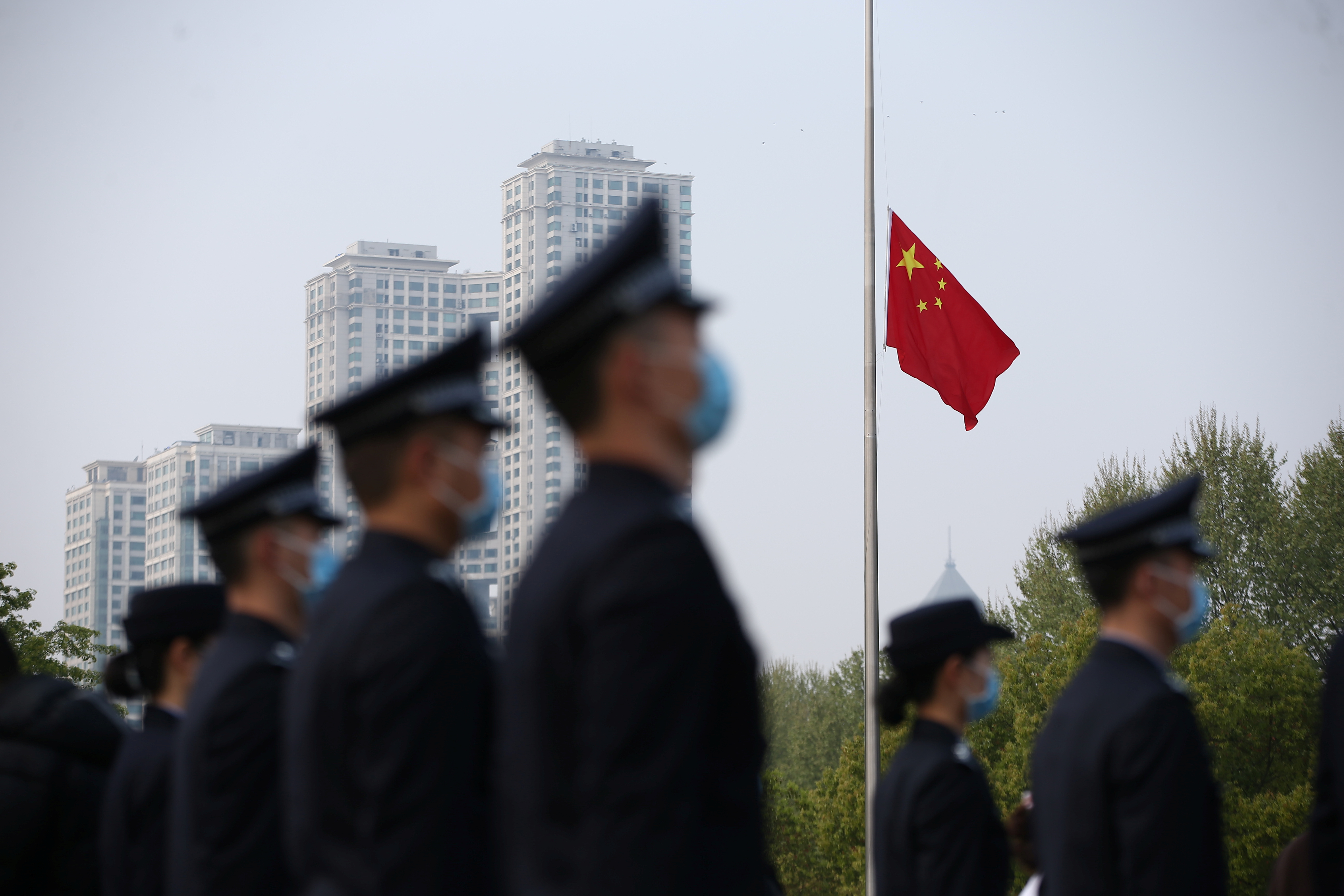 The Chinese national flag flies at half mast at a ceremony mourning those who died of the coronavirus disease (COVID-19) as China holds a nationwide mourning on the Qingming tomb-sweeping festival, in Wuhan, Hubei province, China Apr. 4, 2020. China Daily via REUTERS

China’s appointment to the council’s Consultative Group was first noted Thursday by UN Watch, a global human rights organization based in Geneva. They called the appointment “absurd and immoral.” (RELATED: China Denies ‘Religious Prisoners’ Despite Blatant Evidence Of Religious Persecution And Indoctrination Camps)

As a part of the Consultative Group, China will be responsible for selecting UN human rights investigators, who are tasked with reporting violations of freedom of speech, state abductions and detentions without charges, among other issues.

China has a history of participating on the council and in 2012 shutdown a speech from a human rights activist who was opposed to Venezuela being added to the council’s membership. Then-U.S. Ambassador to the United Nations Nikki Haley called the council the UN’s “greatest failure” because the organization offered memberships to dictatorships like China. The United States has withdrawn from the council.

The Chinese government has been criticized recently for its response to the coronavirus crisis.

Critics accuse China of covering up evidence and testimony related to the coronavirus after the sickness broke out in the city of Wuhan. The Communist Party leadership is suspected of gagging physicians who tried to warn the world about the potential devastation of the COVID-19 virus and reports suggest the regime has been systematically lying about the number of people killed by the disease. (RELATED: Mike Pompeo Blames Chinese Communist Party For Global ‘Suffering’ Due To COVID-19)

In a classified document reportedly sent to the White House last week, U.S. intelligence officials allege that China has been systematically misrepresenting its COVID-19 data.

“It took an awful long time for the world to become aware of this risk that was sitting there residing inside of China,” Secretary of State Mike Pompeo told reporters at a March State Department media briefing.

Coronavirus task force member Dr. Deborah Birx has also said that China has not been truthful in its coronavirus reporting and blamed the communist regime Tuesday for deliberately minimizing the disease when it broke out in the city of Wuhan.

China has recently developed a conspiracy theory that the coronavirus was exported to that country by the U.S. Army.