President Donald Trump has fired the man who notified Congress that a whistleblower had concerns about a telephone call between Trump and Ukrainian President Volodymyr Zelensky.

Trump notified both the House and Senate intelligence committees Friday about his decision to fire Intelligence Community Inspector General (ICIG) Michael Atkinson, who precipitated an impeachment inquiry when he relayed anonymous whistleblower testimony that the president’s conversation with Zelensky sought an investigation into former Vice President Joe Biden in return for delivering military assistance. 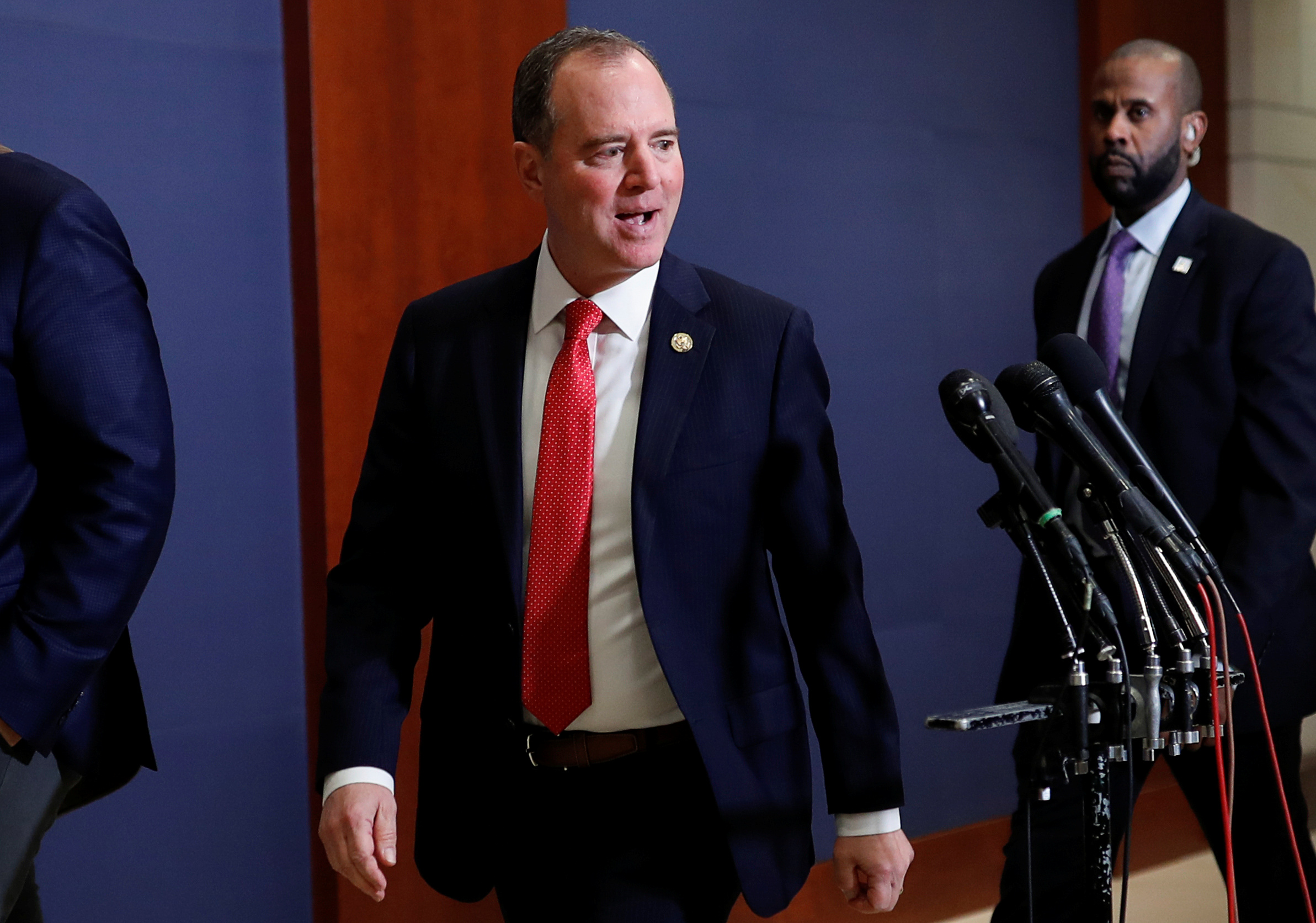 House Intelligence Committee Chairman Adam Schiff (D-CA) arrives for a national security briefing before members of the House of Representatives about how Russia has been using social media to stoke racial and social differences ahead of this year’s general election, on Capitol Hill in Washington, U.S., March 10, 2020. REUTERS/Carlos Barria

House Intelligence Committee Chairman Adam Schiff, who led the impeachment inquiry, revealed the contents of the letter on his Twitter account. He wrote, “Trump’s dead of night decision to fire ICIG Michael Atkinson is another blatant attempt to gut the independence of the Intelligence Community and retaliate against those who dare to expose presidential wrongdoing.”

Trump’s dead of night decision to fire ICIG Michael Atkinson is another blatant attempt to gut the independence of the Intelligence Community and retaliate against those who dare to expose presidential wrongdoing.

It puts our country and national security at even greater risk. pic.twitter.com/Pnm7chdIkl

Trump’s letter reads: “It is extremely important that we promote the economy, efficiency, and the effectiveness of Federal programs and activities. The Inspectors General have a critical role in the achievement of these goals.” (RELATED: Ratcliffe Says He Knows The Reason Schiff Won’t Release ICIG’s Transcript)

Trump said he plans to find a replacement “who has my full confidence and who meets the appropriate qualifications.” 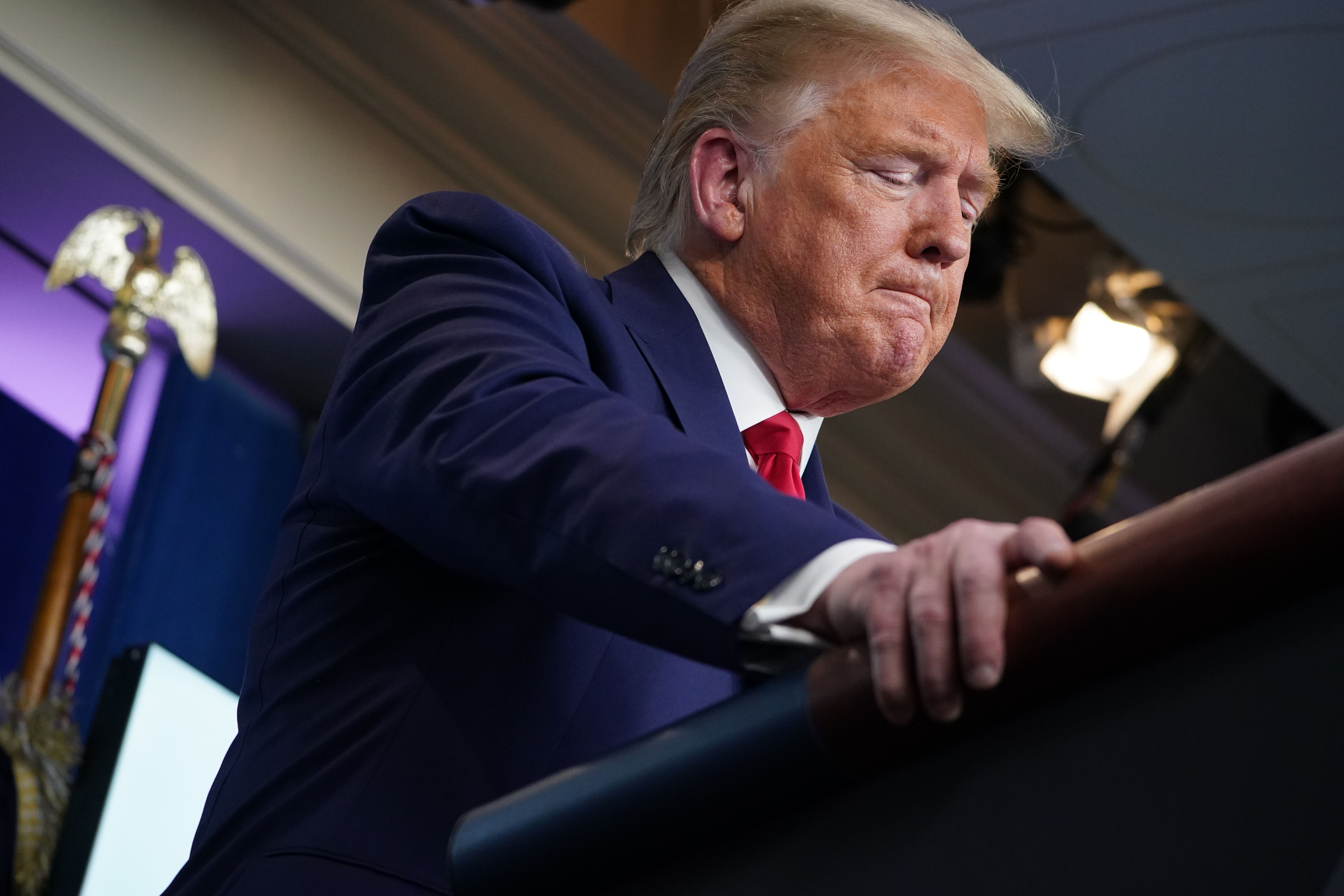 US President Donald Trump speaks during the daily briefing on the novel coronavirus, COVID-19, in the Brady Briefing Room at the White House on March 31, 2020, in Washington, DC. – Trump on Tuesday warned of a “very painful” two weeks ahead as the United States wrestles with a surge in coronavirus cases. (Photo by MANDEL NGAN/AFP via Getty Images)

Until then, Tom Monheim, a senior intelligence official, will conduct the duties of the office, according to Fox News. (RELATED: Here’s The Transcript Of Trump’s Call With The Ukrainian President)

Monheim is now employed as  general counsel of the National Geospatial-Intelligence Agency.

Atkinson said the whistleblower complaint was “credible” and “urgent,” according to Steven A. Engel, the head of the Department of Justice’s Office of Legal Counsel. The ICIG suggested the matter should be investigated to determine whether Trump had asked for foreign assistance with the 2020 presidential election when he spoke with Zelensky.