President Donald Trump told reporters Sunday that the United States had tested 1,670,000 individuals for coronavirus, claiming that’s far more than any other country in the world.

Trump, speaking the same day his Surgeon General Jerome Adams warned to expect a “9/11” or “Pearl Harbor” type of stress this coming week, said that he could see “the light at the end of the tunnel.” 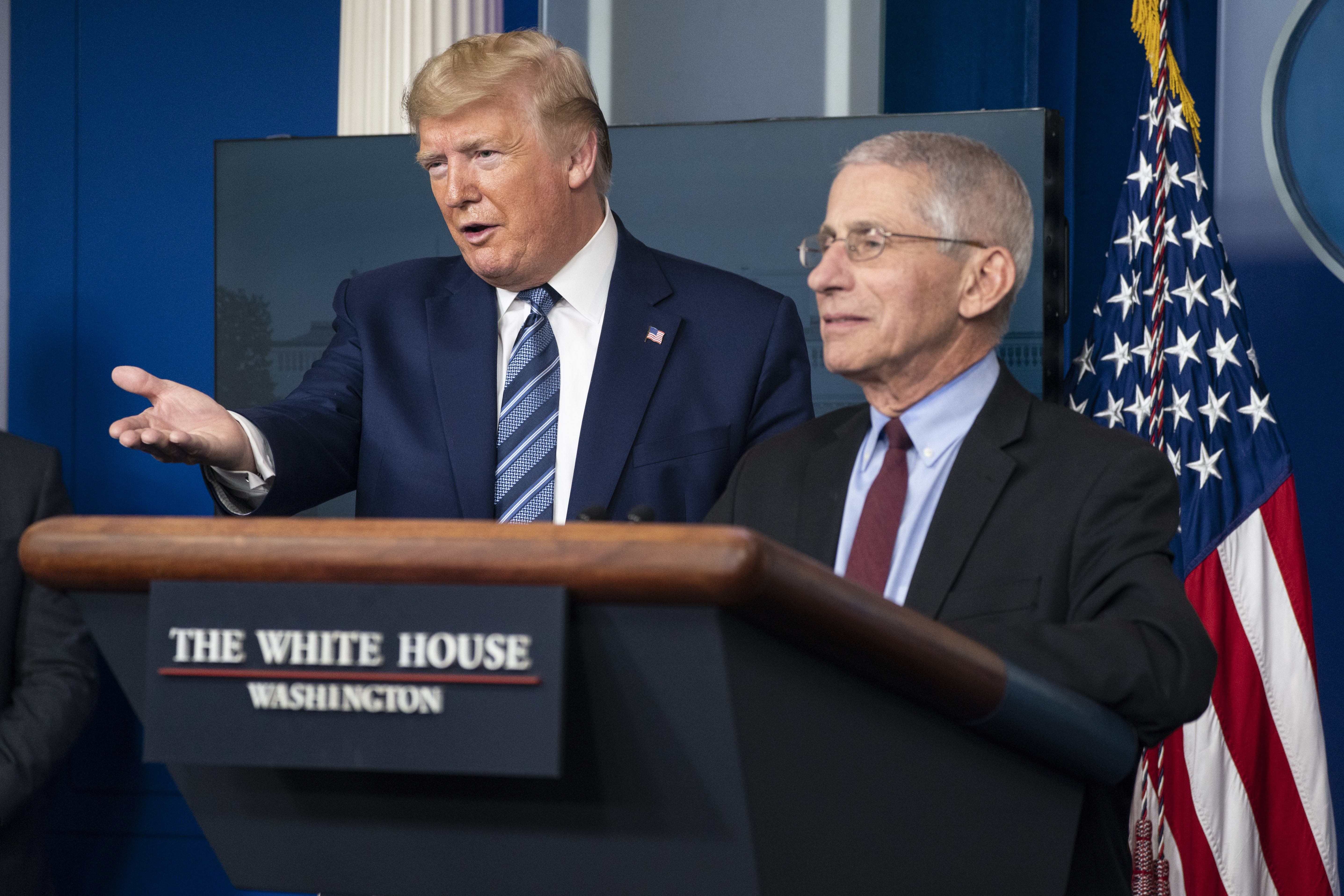 WASHINGTON, DC – APRIL 05: U.S. President Donald Trump and Anthony Fauci, director of the National Institute of Allergy and Infectious Diseases, hold a press briefing with members of the White House Coronavirus Task Force on April 5, 2020 in Washington, DC. On Friday, the Centers for Disease Control and Prevention issued a recommendation that all Americans should wear masks or cloth face coverings in public settings. (Photo by Sarah Silbiger/Getty Images)

The president added that the new tests produced by Abbott Labs, which can produce results in roughly 15 minutes or less, will be instrumental in further monitoring infection rates among the general population. The antibody test, which the Food and Drug Administration just approved for production by Cellex Inc. last week, will additionally help with stopping the spread among medical professionals and first responders.

Trump additionally urged doctors to prescribe a combination of hydroxychloroquine and azithromycin to be used as an anti-viral therapy.