An Illinois man killed his girlfriend and then himself after he suspected she had contracted the coronavirus, NBC News reported Monday.

Deputies from the Will County Sheriff’s Office went to a residence in Lockport Township southwest of Chicago to conduct a welfare check at about 8 p.m. Thursday and had to force entry alongside fire personnel into the home because all doors and windows were locked, according to NBC News.

Patrick Jesernik, 54, and Cheryl Schriefer, 59, were found dead in separate rooms with head trauma. The unwed couple had been together for eight years, a spokeswoman for the sheriff’s office said according to NBC News. The police also discovered a loaded revolver near Jesernik’s body. (RELATED: Influenza And Coronavirus’: ‘I Got It Wrong’) 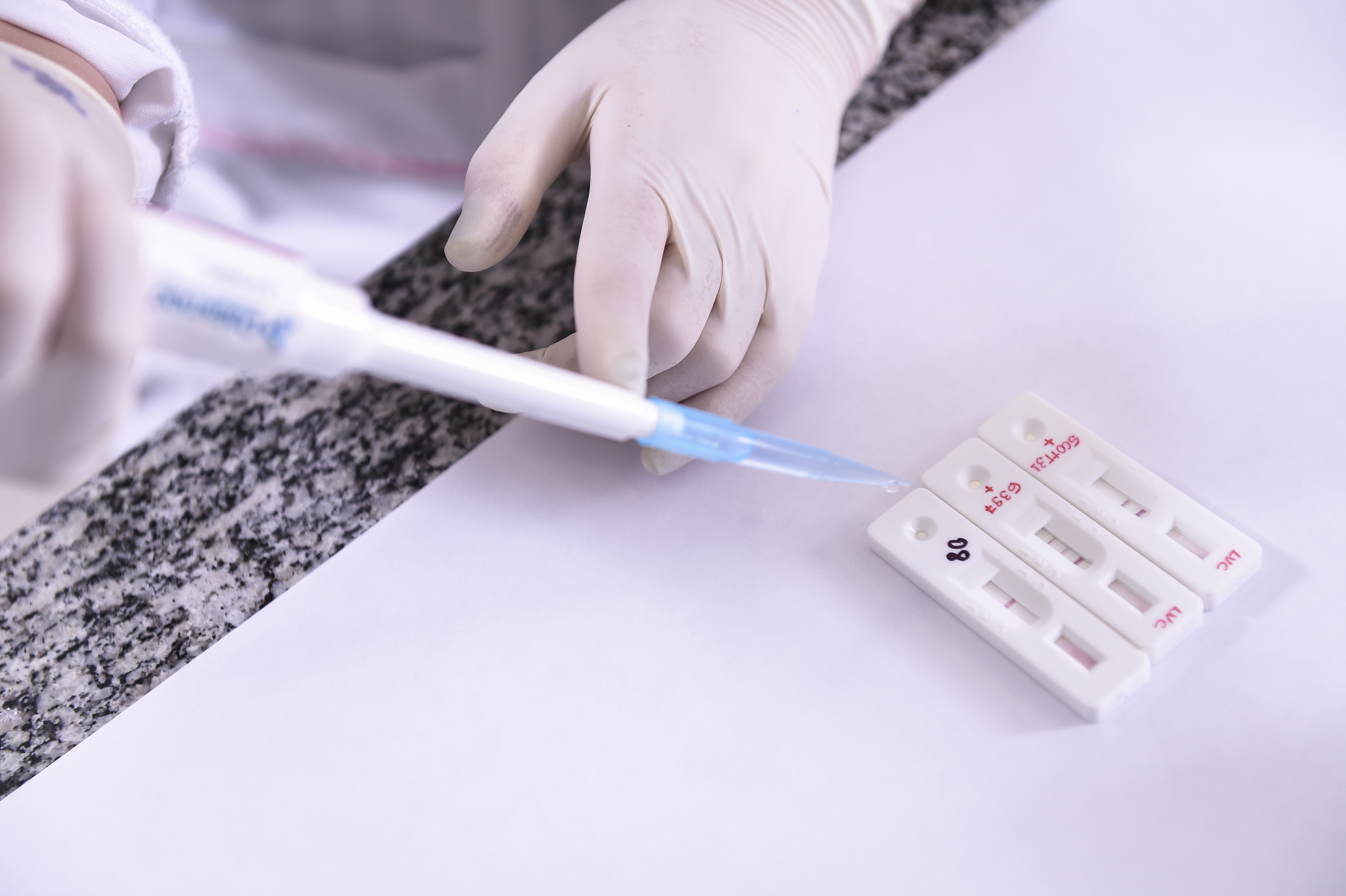 A rapid test for the diagnosis of the the coronavirus. (Photo by Pedro Vilela/Getty Images)

The sheriff’s office said that during the pandemic the vast majority of calls that deputies have received have been about domestic disputes and crisis intervention. Advocates have warned that stay-at-home orders may leave little recourse for domestic violence victims with no place to go.

“As a reminder, if anyone is a victim of a domestic violence situation, the Will County Courthouse remains open for individuals in need of obtaining an order of protection,” the sheriff’s office said.