“The virus directs us as to what our decision-making is, not human beings, and clearly I am following the science, as I always have,” Evers told POLITICO in an interview Monday. Evers added that he heard from constituents relaying fear for their safety and their kids’ safety. “Given that, I felt that the governor is the one who has to step up and stand for those people that aren’t having their voices heard.”

The state is currently under stay-at-home orders. Evers had originally joined Republican leaders in seeking to hold the primary as planned, according to Fox News. 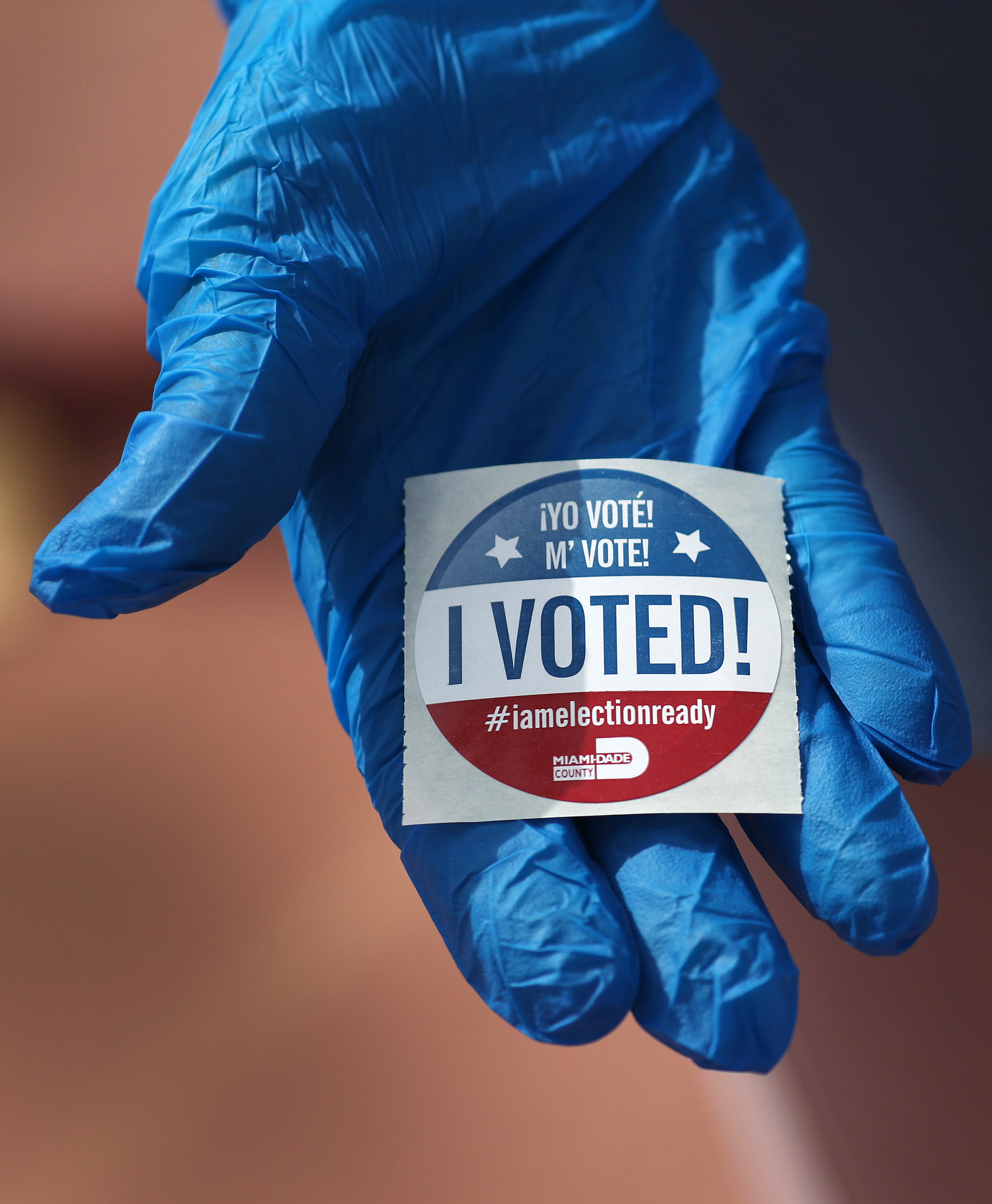 A voter holds an, ‘I Voted!’, sticker. (Photo by Joe Raedle/Getty Images)

“Frankly, there’s no good answer to this problem—I wish it were easy,” Ever said, according to the Hill. “I have been asking everyone to do their part to help keep our families, our neighbors, and our communities safe, and I had hoped that the Legislature would do its part—just as the rest of us are—to help keep people healthy and safe.”

“The bottom line is that I have an obligation to keep people safe, and that’s why I signed this executive order today,” he added.

Over two dozen states have postponed in-person voting during the pandemic.