In an op-ed published Tuesday titled “What America Needs Next: A Biden National Unity Cabinet,” columnist Thomas Friedman contended that the former vice president’s promise to “nominate a woman” to be his running mate “felt right” then, but now that “times have changed” he “needs to go much, much further.”

What America Needs Next: A Biden National Unity Cabinet

We need a political system that mirrors the best in us.
https://t.co/HNHNbs5orH

Friedman predicted that the U.S. would have a difficult time recovering from “the wreckage, pain and anger” caused by coronavirus and the impending economic recovery, and would need “megadoses of solidarity and healing from the top.”

To that end, Friedman called for Biden to name “his entire cabinet” at the Democratic convention later this year, a cabinet that conceivably would be comprised of “Democrats on the Bernie Sanders left to Republicans on the Mitt Romney right.”

“Biden, because he doesn’t run anything right now, has had a hard time demonstrating leadership,” Friedman wrote. “The one giant contrast that he could draw with President Trump, though, is the approach he would take to governing.” 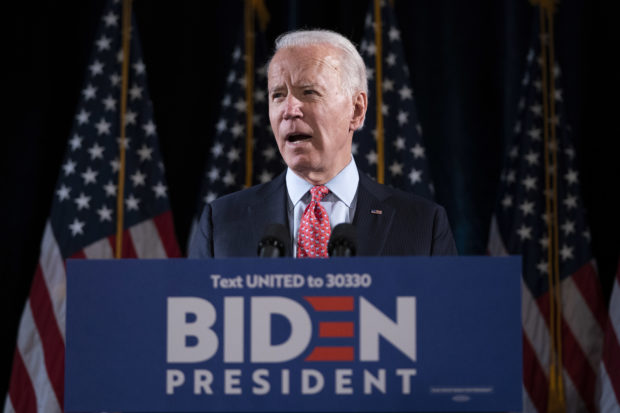 With the caveat that any appointees embrace certain “values” like embracing climate change “science,” big government, universal healthcare, Friedman went about his list of “recommendations.” (RELATED: Joe Biden Accused Of Sexually Assaulting Former Staffer: ‘Penetrated Me With His Fingers’)

After several other suggestions, Friedman suggested Ocasio-Cortez for the role of U.N. ambassador. No explanation was offered for any of his specific choices.

To the NYT columnist, such a coalition would “fracture the Trump/McConnell/evangelical/Limbaugh/Fox/G.O.P. — a warped coalition dedicated to nothing but its own power and cutting taxes on the rich.”