The suspension in fighting was agreed upon in support of a U.N. ceasefire initiative and in part to avoid a potential outbreak of the coronavirus in Yemen where the population is particularly vulnerable due to five years of conflict, according to Reuters.

The ceasefire would include halting all air, ground and naval hostilities and for the parties to ensure compliance by forces on frontlines. It is unclear whether the Houthi movement will comply with the coalition’s decision. (RELATED: Here Are The Sanctions The US Has Imposed On Iran Following Its Missile Attack) 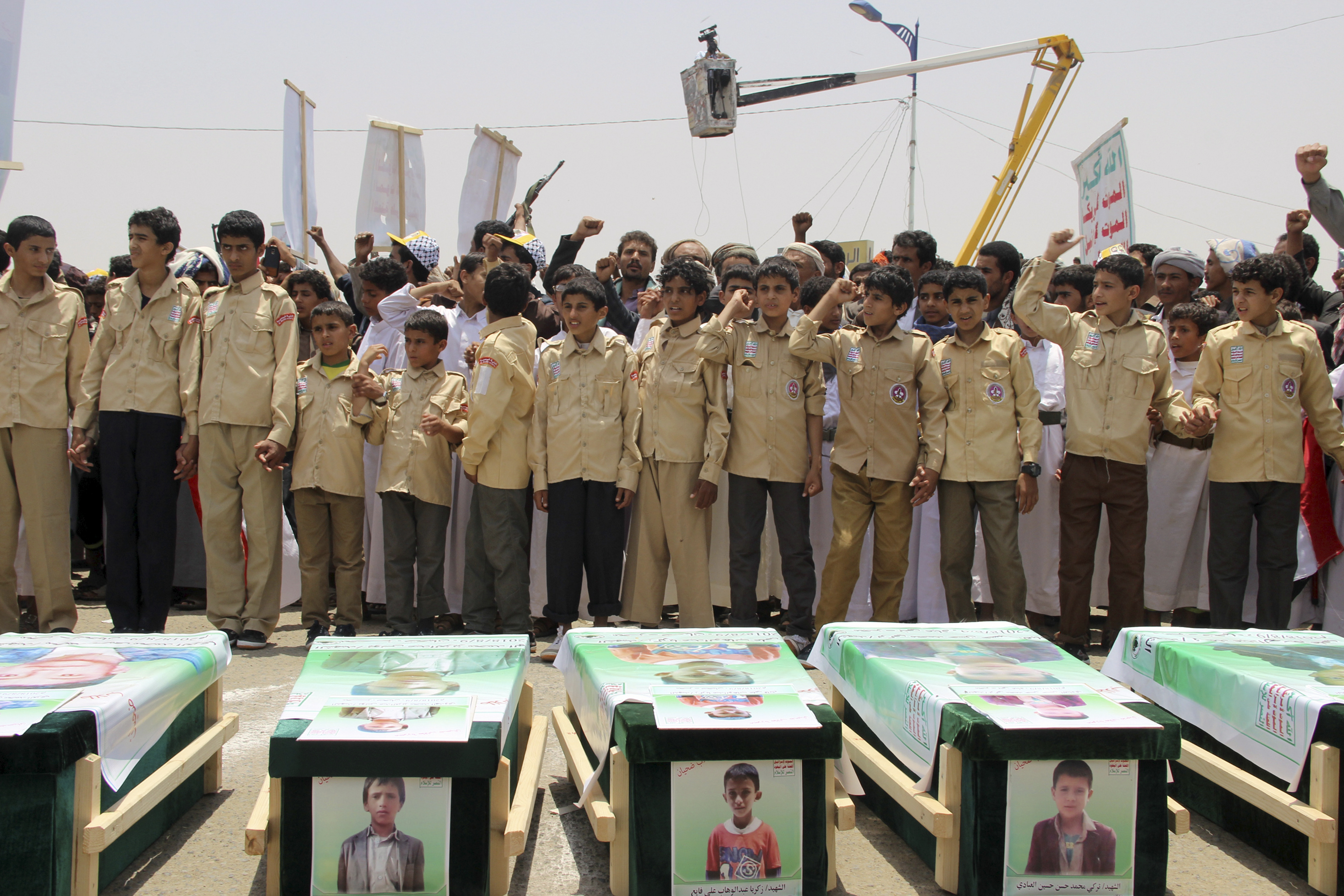 Yemeni children vent anger against Riyadh and Washington on August 13, 2018 as they take part in a mass funeral. (STRINGER/AFP via Getty Images)

Saudi coalition spokesperson Colonel Turki al-Malki said that they support the UN call for a ceasefire and de-escalation, Deutsche Welle reported two weeks ago. He added that the coalition also backs the steps being taken to come up with confidence-building measures on the humanitarian and economic fronts.

The conflict in Yemen, which many world powers see as a proxy war between Iran and Saudi Arabia, ravaged the already poor Arab country and has pushed millions to the verge of famine.